“The market is broken and the announcement of the air bubble between India and Bahrain was a light at the end of the tunnel for the smaller agents in particular,” he added. “Unfortunately, we have learned that certain social societies or clubs are monopolising the business by booking the flights […]

“The market is broken and the announcement of the air bubble between India and Bahrain was a light at the end of the tunnel for the smaller agents in particular,” he added.

“Unfortunately, we have learned that certain social societies or clubs are monopolising the business by booking the flights completely and encouraging people to buy tickets from them.”

The GDN reported that the safe travel corridor became operational as announced by the Indian Embassy and subsequently by Gulf Air, which ensures the free flow of goods and people while also keeping the Covid-19 pandemic in check.

As part of the agreement national carriers of both the countries will be permitted to operate a specified number of flights carrying passengers within a set framework.

The Gulf Air website now shows all tickets have been sold, such as the flight from Kochi which is now fully booked until the middle of next month.

Tickets for five planned flights in the coming weeks, they alleged, were snapped up by a popular expatriate social club.

“As we know, these societies registered under the Social Development Ministry cannot engage in commercial business – so how can they sell tickets?” asked Mr Amin.

“They seem to be issuing receipts showing the passenger name, passport number and destination, with no mention of the money collected, which we believe needs to be investigated.

“We are asking the ministry to investigate these claims and to clarify the situation.”

Mr Amin called on all societies and organisations to allow travel agents to do their jobs.

“We believe societies are selling tickets with a profitable margin. This is not ideal, especially when the industry has been suffering so badly due to the Covid-19 situation.”

He also urged the national carrier to set aside some seats for the smaller travel agents, who he said, had been ‘supporting Gulf Air forever and always’.

Representatives of almost 70 such travel agents also shared their concerns with the GDN.

“When the air bubble agreement was announced we received several calls from people across India, not only from Kerala,” said Safra Travel manager Mohammed Ilyas.

“But we found that not a single ticket is available on Gulf Air, while Air India distributed the sale to a certain extent.

“There are passengers who are desperate to come back as their visas are expiring soon and their jobs are under threat.

“Moreover, we have been suffering without business all these months and this is yet another blow. It is so unfair.”

“We contacted the Gulf Air sales team and was told they have sold all available tickets to a social club,” he claimed.

“These flights are not chartered flights but are under the air bubble agreement which should benefit every Indian and we should be able to do business freely.

“We have at least 25 people wanting to fly back from Indian states and none can come as the flights are from Kerala and operated by a club catering to passengers who booked with them earlier.”

Meanwhile, Gulf Air in an official statement told the GDN that it ‘sells charter flights as a whole to recognised and registered travel agencies and other entities’.

“Therefore, the airline does not have any involvement in how pricing is structured to the passengers. Gulf Air will be adding additional destinations to India soon,” it added.

Responses from the Indian Embassy and Social Development Ministry are awaited.

Biden up by 9 points in Arizona, tied with Trump in North Carolina

Fri Sep 18 , 2020
Democratic presidential nominee Joe Biden is ahead by 9 percentage points in Arizona and remains virtually tied with President Donald Trump in North Carolina, according to a new survey of the swing states’ likely voters. A New York Times/Siena College poll released Friday reports that 49 percent of likely Arizona […] 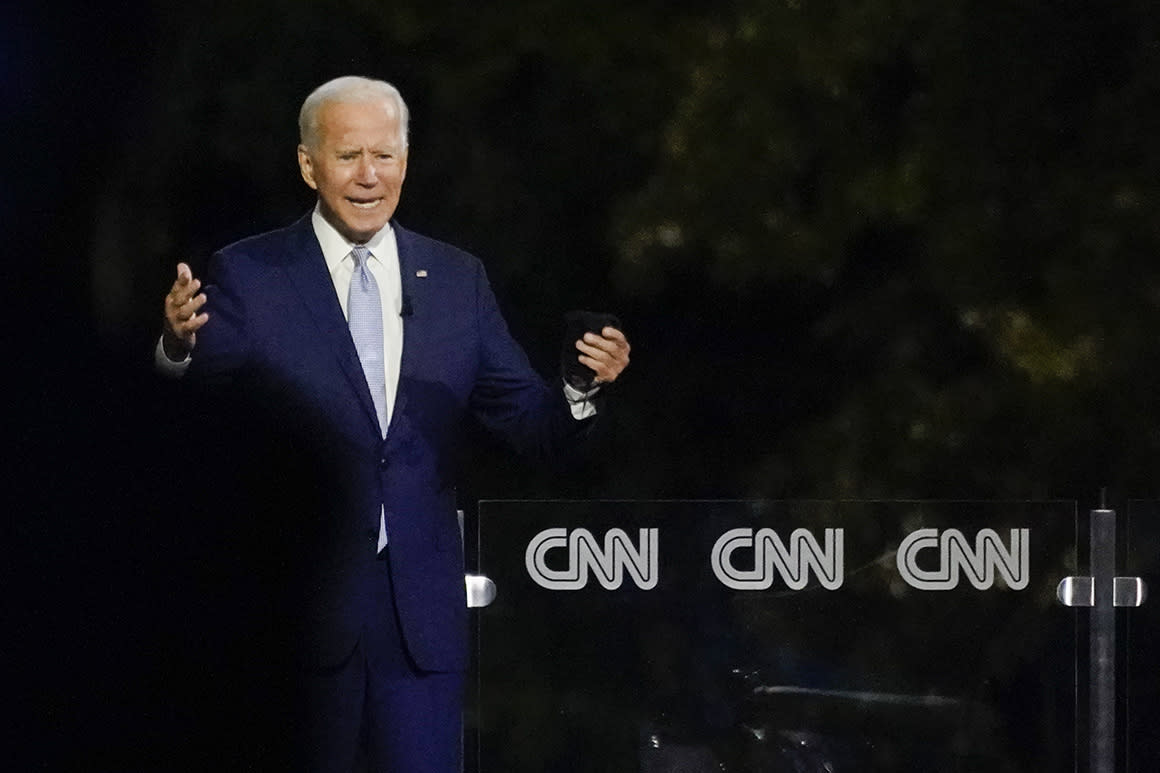