A clutter-free bigger precinct with seating arrangement for visitors, and the most advanced light and sound show in Mumbai will be among the new highlights as the Maharashtra government is planning to revamp the British era Gateway of India. Tourists will be able to get all the facilities required at […]

A clutter-free bigger precinct with seating arrangement for visitors, and the most advanced light and sound show in Mumbai will be among the new highlights as the Maharashtra government is planning to revamp the British era Gateway of India. Tourists will be able to get all the facilities required at a tourist destination. They will also get an introduction to the financial capital of the country and Maharashtra as a state.

Despite being one of the most visited destinations in the country, the monument has no proper infrastructure for site management and also lacks facilities for the visitors. The new plan also envisages a proper crowd management system and security arrangements.

The state has roped in Abha Lambah, a conservation architect, who has prepared three proposals. It has also formed a committee of senior officials to execute the project.

“The design has been made to integrate all the requirements such as creating the right facilities and infrastructure and at the same time ensuring visual access to a visitor so that he or she can see the Gateway of India and the sea. A facility will also be developed to [ensure] the [visibility of] imposing [nearby] statue of Chhatrapati Shivaji Maharaj, which is currently sort of lost in all the visual clutter,” Lambah told HT.

“It will give a kind of introduction to the city and to Maharashtra as a state. The plan has been incorporated from a security point of view and risk assessment. In all, it is an endeavour to look holistically to address concerns.”

The iconic monument was built in the 20th century to commemorate the arrival of King George V and Queen Mary in India in 1911. It was later used as a symbolic ceremonial entrance to India for Viceroys and the new Governors of Bombay.

The jetties around the monument are used for boat rides to Elephanta Island, Alibaug and Mandwa. They are congested as 3 to 3.5 million passengers use them annually.

In February, state tourism minister Aaditya Thackeray and finance minister Ajit Pawar held a meeting on the development and conservation of 22 tourist sites, including the Gateway of India.

One of the most-busiest tourist destinations — Gateway of India — is divided among various government agencies and needed an integrated approach for its face-lift. For instance, the structure and 100-meter area around it come under the archaeological department. The jetty and boating area comes under Mumbai Port Trust, etc.

Mon Sep 28 , 2020
A sculptor’s miniature landscape model designed on the table like a still from the Gulliver’s Travel book has marvelled the watchers. In a post shared by news agency ANI, a Nagaland based sculptor Ningwon Zingkhai has recreated a panoramic village scene on his wooden table with intricate details such as […] 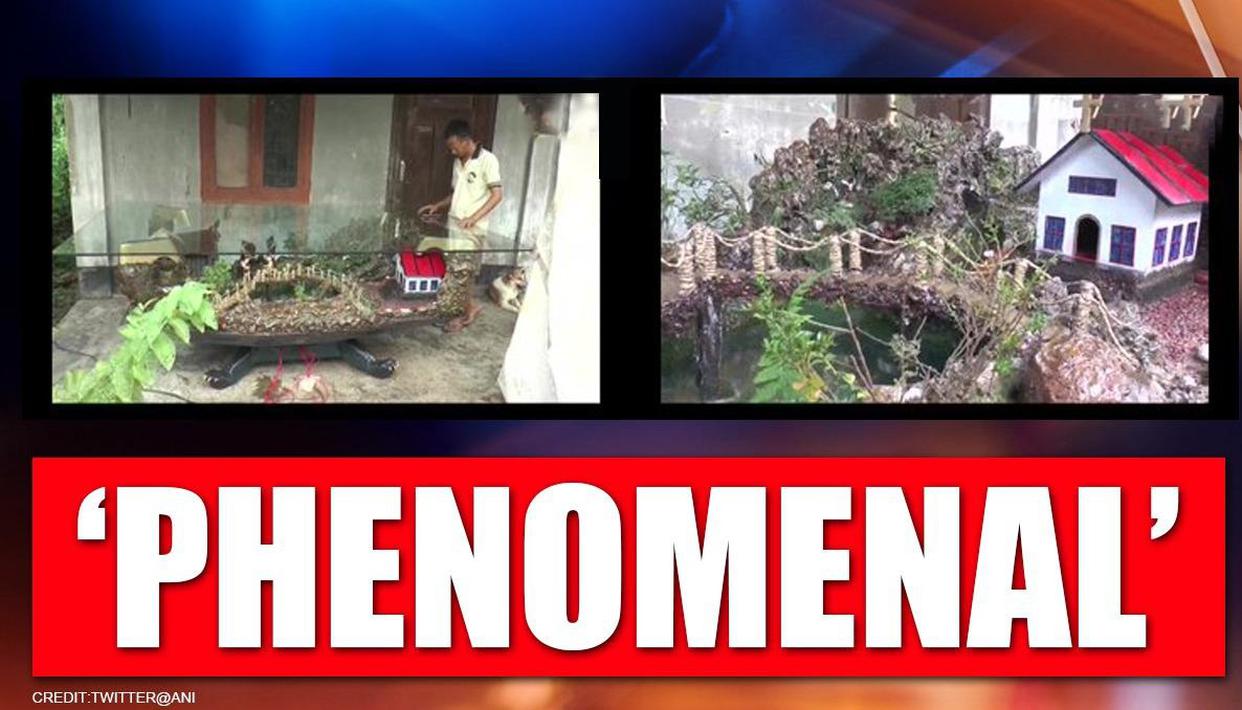