After months at home in their tiny Alaska town, Hilma and Ellie Korpela were looking forward to returning to school. They’d be back in the classroom for the first time since March, eager to see friends and start a new year. Then the Canadian border agent called. Hilma, 10, and […]

After months at home in their tiny Alaska town, Hilma and Ellie Korpela were looking forward to returning to school. They’d be back in the classroom for the first time since March, eager to see friends and start a new year.

Then the Canadian border agent called.

Hilma, 10, and Ellie, 8, live in Hyder, Alaska, but they’re registered at Bear Valley School in neighboring Stewart, British Columbia. While the border between the United States and Canada remains closed, the agent said, the Korpelas and three other Hyder children will be unable to go to school.

The mining towns of Hyder and Stewart form one of many cross-border communities along the U.S.-Canada frontier that have been severed for months by coronavirus travel restrictions.

Now several such communities are pushing for local reopenings. Hyder and Stewart, which have reported no cases of COVID-19, are pushing Canada to designate the region an “integrated trans-border community,” exempt from travel restrictions and quarantines. Lawmakers representing Point Roberts, Washington, and Minnesota’s Northwest Angle have asked Canadian Public Safety Minister Bill Blair to ease and clarify the rules.

“This is our local traffic only that we’re advocating for,” said Jane Beaumont, a registered nurse in Stewart who grew up in Hyder and has family there. “We’re not advocating for tourism.”

President Donald Trump and Prime Minister Justin Trudeau agreed to close the 5,500-mile land border to nonessential traffic in March, and have extended the restrictions in monthly increments ever since. The rules were tightened in July for U.S. travelers transiting through Canada to Alaska for nonessential travel. The current closure lasts through Monday; it’s expected to be extended again.

The measures are widely supported in Canada, which has fared far better against the coronavirus than the United States (though several provinces have seen cases climb in recent weeks). The restrictions have had minimal impact on trade, but they’ve hit tourism, split families and upended life in tightly knit border communities in ways big and small that some fear could be permanent.

That’s particularly apparent in Hyder, Alaska’s easternmost town, home to some 60 souls, and Stewart, a comparative metropolis of more than 400. The only way in or out of Hyder is through Stewart or by float plane. Families there rely on Stewart for gas, groceries, laundry, firewood and electricity. They set their clocks to Stewart time. Their phone numbers use the B.C. area code.

Each July 1, when a pandemic isn’t closing the border, the people of Hyder cross into Stewart for a Canada Day parade. Three days later, the people of Stewart head in the opposite direction for the Fourth of July. (Festivities include the “Bush Woman Classic,” an obstacle course of sorts in which female contestants must chop wood, flip a flapjack, diaper a baby doll and then apply lipstick while running 20 yards to the finish line.)

President Barack Obama pointed to the bond between the towns as evidence of the close ties between Canada and the United States during Trudeau’s state visit in 2016.

Now, each Hyder household may send one member on a three-hour visit to Stewart for essentials every seven days. Residents of Stewart may enter Hyder because there’s no U.S. immigration control, but must quarantine for 14 days upon their return. Miners who enter Hyder to work are exempt because the activity is considered essential.

Support for a travel bubble is widespread. Stewart Mayor Gina McKay said she worries about her Hyder neighbors, and whether they’ll be able to adequately prepare for winter and months more of isolation.

“In March, nobody ever thought that come September, we’d still be in this situation,” McKay said.

“If they decide not to create a bubble community, they’re doing a lot of mental damage to the people,” he said. “There’s always people making all these decisions for us that have never even been here.”

Blair told reporters this week he understands the restrictions have had “significant impacts,” including on families and international students. He said the government was looking at whether it could establish a process to allow people to apply for exemptions, so Canada could “show compassion” without compromising “the security and safety and health of Canadians.”

The struggles are familiar to other communities on the border. Jessie Hettinga lives in Point Roberts, an American outpost at the southernmost point of British Columbia’s Delta peninsula.

Point Roberts has reported no COVID-19 cases, but its residents have been largely marooned since the border closed, and its economy has suffered without the Canadians who frequent its restaurants and fill up on cheap gas.

Hettinga learned last month that students who cross the border daily to attend school in British Columbia would no longer be exempted from the 14-day quarantine, as they were when schools there reopened briefly in June. They wouldn’t be able to live at home and commute to school.

Point Roberts Primary School — “Home of the Borderites” — goes only to Grade 3. Hettinga’s 17-year-old son attends school in Blaine, Wash., two border crossings away; her 15-year-old daughter, a gymnast, and 13-year-old son, a hockey player, go to school in British Columbia and train there.

“My initial reaction was heartbreak,” she said. “Our whole world just got turned upside down.”

Hettinga moved to Point Roberts from Bellingham, Wash., five years ago in part so her children could immerse themselves in Canadian culture. Now her family is split: Two of her children are living with families in British Columbia for the school year.

“The thing that makes me most upset about the situation is that ‘essential’ is not always consistent,” Hettinga said. “You have workers coming in and out of Point Roberts . . . and work is considered essential; however, education is not . . .

“Education is vital for these children.”

In their letter to Blair, Reps. Suzan DelBene, D-Wash., and Collin Peterson, D-Minn., said that “inconsistent interpretation of the guidance” had prevented some constituents from crossing for essential purposes such as medical appointments.

Henry Chang, a Toronto-based immigration lawyer at the international law firm Dentons, said what constitutes nondiscretionary travel is not spelled out in “black and white” in the restrictions, leaving much up to the discretion of border agents.

“The rules are more defined than they were six months ago,” he said. “There is a lot of improvement. Is it perfect? No.”

Hyder’s K-12 school closed in May because of low enrollment. When the Korpelas registered Hilma and Ellie in Stewart, they say, they were assured that they would have no difficulty crossing the border for school.

Now they support the push to get the region declared an integrated trans-border community. A spokesman for Canada’s public health agency said the Indigenous territory of Akwesasne, which spreads across Quebec, Ontario and New York, is the only place with that designation.

Jackie Korpela, the girls’ mother, is planning to work part time to home-school the girls. Nick, their father, hopes the rules are changed.

“It’s just kind of an appeal to common sense,” he said.

Sun Sep 27 , 2020
Father (Otac) (Serbia/France/Germany/Croatia/Slovenia/Bosnia and Herzegovina)  In Serbian with English subtitles. 120 min. Streaming online at the 2020 Vancouver International Film Festival from September 24 to October 7 at VIFF Connect When Nikola (a thoroughly committed Goran Bogdan) hears that his wife has committed an extreme act of desperation to protest the […] 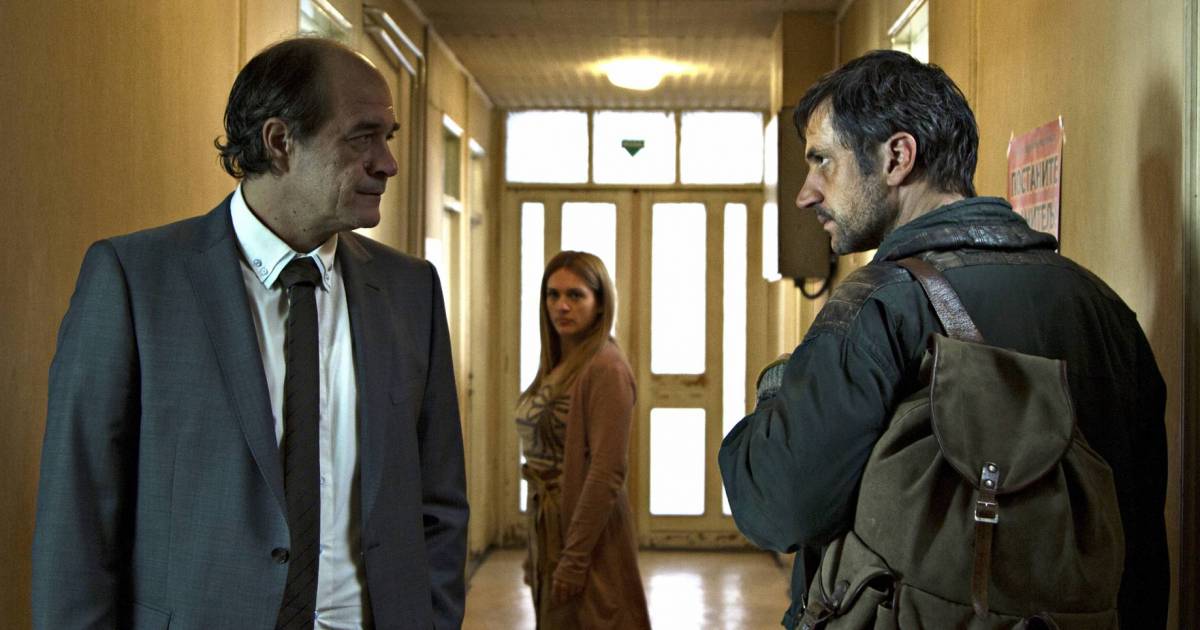