President Donald Trump and Joe Biden gave a debate performance preview of sorts in different swing states on Thursday as the Democratic nominee called for the president to step down over his Covid-19 response while Trump hammered Biden over his policy agenda. Biden held a drive-in town hall in Pennsylvania […]

President Donald Trump and Joe Biden gave a debate performance preview of sorts in different swing states on Thursday as the Democratic nominee called for the president to step down over his Covid-19 response while Trump hammered Biden over his policy agenda.

Biden held a drive-in town hall in Pennsylvania with CNN, moderated by Anderson Cooper, in which the former vice president was asked an array of policy questions from voters across the political spectrum, and sharply attacked the president. On Trump’s coronavirus response, Biden excoriated the president, who was recently heard on audio telling veteran journalist Bob Woodward that he intentionally downplayed the virus.

“He knew it and he did nothing. It’s close to criminal,” Biden said. He later added during the questioning, “This president should step down.”

In the Wisconsin cold, Trump spoke for over one hour and 30 minutes at a somewhat raucous rally in which the president read from a teleprompter but largely went off-script, hammering his political rivals with familiar attacks and falsehoods.

He called Biden a puppet of the progressive wing of the party and continued to claim his administration’s response to Covid-19 was “great.”

However, earlier on Thursday, a former top aide to Pence claimed the president showed great indifference to the pandemic. Also, polls show a majority of Americans are dissatisfied with his response to the pandemic.

Trump is in a tough re-election battle with national polls showing him lagging Biden as Nov. 3 quickly approaches. Their first debate is slated for Sept. 29 in Cleveland on Fox News.

The president fired up his hundreds of supporters that gathered at an airport hangar in Mosinee, which is a country he won in 2016. Trump’s campaign is focusing on turning out base supporters in more rural parts of the state in order to offset deficits he is expected to face against Biden in cities and suburbs.

Let our news meet your inbox. The news and stories that matters, delivered weekday mornings.

Trump criticized Biden for abandoning the state as vice president and called Biden’s policy agenda bad for jobs in Wisconsin.

Trump promised, without providing details, that he would be giving billions in aid to farmers in the state.

“I’m proud to announce I’m doing more to support Wisconsin farmers,” Trump said. “Starting next week my administration is committing an additional — you’ve been asking for this for a long time — $13 billion in relief to help farmers recover from the China virus, including Wisconsin’s incredible dairy, cranberry and ginseng farmers, who got hurt badly.”

During his flight back to Washington aboard Air Force One, Trump appeared to place the delivery of that money on House Speaker Nancy Pelosi’s shoulders as Congress and his administration continue to debate the next round of coronavirus aid.

Biden was in his hometown of Scranton, another Rust Belt area crucial to the 2020 election. The former vice president used the moment to contrast himself with the president, who at his Wisconsin rally claimed that Biden would “eradicate” the Wisconsin economy and hurt American jobs.

“I really do view this campaign as a campaign between Scranton and Park Avenue,” Biden said. “Because you know, the way we were raised up here in this area, an awful lot of hardworking people busting their neck. All they ask for is a shot, just a shot. All that Trump could see from Park Avenue is Wall Street.”

Biden was pressed how he views China, a subject the president has used to make baseless attacks about the former vice president’s relationship with leadership in Beijing.

“I view China as a competitor, a serious competitor,” Biden said. “That’s why I think we have to strengthen our relationships and alliances in Asia.”

Download the NBC News app for breaking news and politics

One of the tensest moments of the town hall was when Cooper pressed Biden on fracking, an industry that is big in Pennsylvania. Trump has claimed Biden wants to ban it, but the former vice president has said he only wants to ban new fracking on public lands.

“It sounds like, to some, you are trying to have it both ways,” Cooper said to Biden when pressed on his stance.

“Fracking has to continue because we need a transition,” Biden said. “There’s no rationale to eliminate (fracking) right now.”

Biden was also asked about the civil unrest involving policing and race across the country and responded to Trump’s attempt to blame rising crime on Democrats.

“The President talks about ‘in Joe Biden’s America,'” he said. “I have got to remind him, he may really be losing it. He’s President … This is Donald Trump’s America.”

Sun Sep 20 , 2020
Travel-sized perfumes from historic Portuguese perfumerie, Claus Porto. Claus Porto Whether you’re travelling abroad or taking a staycation, handy travel-sized versions of your favorite products are a must, along with a selection of face coverings of course. Here are eleven of the best new travel-sized products, launched in recent months […] 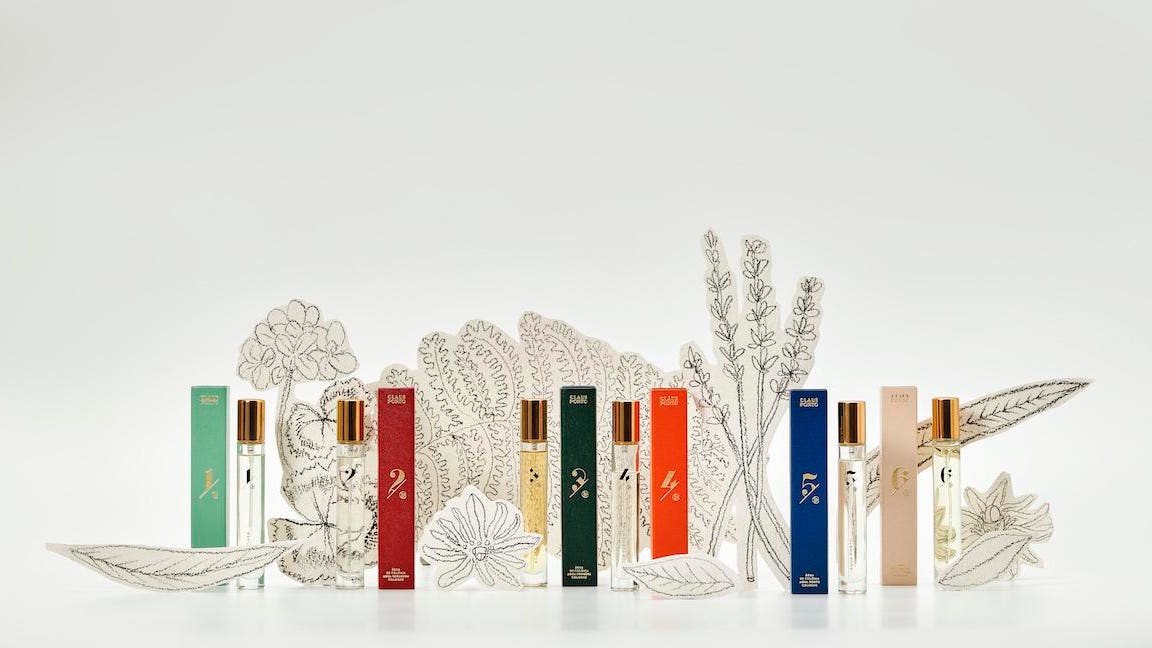