“Who doesn’t want to work with Mr Tyler Perry!” enthuses Courtney Nichole whom you might have grown familiar with as the face for the sassy mama bear Leah on the soap opera maestro’s latest sitcom, ‘Assisted Living’. Born and raised in Chicago, Nichole finds herself way more similar to the […]

“Who doesn’t want to work with Mr Tyler Perry!” enthuses Courtney Nichole whom you might have grown familiar with as the face for the sassy mama bear Leah on the soap opera maestro’s latest sitcom, ‘Assisted Living’. Born and raised in Chicago, Nichole finds herself way more similar to the mother of two she plays onscreen. But that isn’t the reason she enjoys Leah the most. Alongside the force of nature that is Leah, maintaining the peace amidst raging teenagers and a grumpy grand-uncle, long time Perry collaborators David and Tamela Mann also contribute to making this extra special for her.

Nichole and Leah are a fit made for each other. “I was immediately drawn to my character Leah,” Nichole spills in an exclusive interview with MEA WorldWide (MEAWW). Makes sense, because much like Leah, Nichole too is a loving mother and wife, about to celebrate her second wedding anniversary this December. “The beautiful thing about portraying Mama Leah is that I’m able to use some of my own life experiences to connect with her.” “Not only do I have a pre-teen son, I taught elementary and middle school for thirteen years so I’m very comfortable with the youth; many of the ‘looks’ she gives are probably familiar to my son and many of my former students.”

On-screen, Nichole’s Leah is a mother to Phillip and Sandra, two very angry teens who have recently had to move to a quaint Georgian town after their father, Jeremy, lost his job. Back at home, Jeremy’s grumpy grandpa Vinny is the signature old man finding faults with everything. And between his business ventures and weed nursery in the backyard, Leah’s job is cut out for her. “Relocating and adjusting to a move can be taxing no matter the age,” Nichole reflects; “I remember moving around a bit as an adolescent because one of my dads was in the US Air force as well as the Chicago Fire Department, but even with my background, trying to adjust Sandra, Phillip, AND Grandpa Vinny to our family’s move down south is bound to take us on an adventurous ride this season.”

Her partner in crime is Na’im Lynn who’s the face of Jeremy. Both sharing a zodiac sign and being born just days apart from each other the same year was definitely an added bonus in the bond they have built – something that shows in the impeccable chemistry on screen. “Our friendship allowed us to play on set and really breathe life into our characters,” Nichole tells us. “But we of course have our differences. Like, we are both very positive, thoughtful individuals, but he is way calmer than I tend to be, and he likes fast cars which is not necessarily my thing.”

Rounding up her list of costars is comedy king J Anthony Brown, whose on-air sets are something to die for. And of course, long time Perry favorites – the Mann couple, working with whom was “a dream come true”, gushes Nichole. “I have set my DVR to record and turned my radio station to listen to these people,” she reminisces. “They all shared their gifts and talents freely, and I absorbed all that I could. You know, there’s a building that sits on Tyler Perry Studios named the ‘Dream Building’ and that’s exactly what they do there – build dreams.”

With ample comedy sprinkled all over, Nichole believes it’s the Manns whose characters cause the explosion of comedy in the sitcom. “Mr Perry allowed us to paint boldly with various colors and I’m happy that those colors will be beautifully woven into the fabric of our show.” And how lucky must fans be that the crew was able to call wraps on filming and get BET promos done right before lockdown descended on Los Angeles due to the ongoing pandemic! There can never be too many Tyler Perry sitcoms on the air, but that said, Nichole also insists this one is nothing like the others in the ways it stands apart.

“For Mr Perry to trust us with some of his most favorite people, his audience is an honor,” Nichole shared. “I believe that fresh faces and fresh voices are an essential part of what sets each of his shows apart from each other. We as humans are all so different, and we love to see and hear those differences reflected everywhere, especially in film &amp; television. I’m elated that ‘Assisted Living’ can be a part of that refection, especially in this unique time. The topics we get to touch on are timely, relatable, and real-life topics,” Nichole reminds us. But if you need a kick to start watching the series, Nichole has one question to ask? “How many of our grandparents are getting prescriptions to use marijuana or CBD to relieve some of their ailments?”

Catch Nichole on Wednesdays at 8/9c on Tyler Perry’s Assisted Living only on BET. 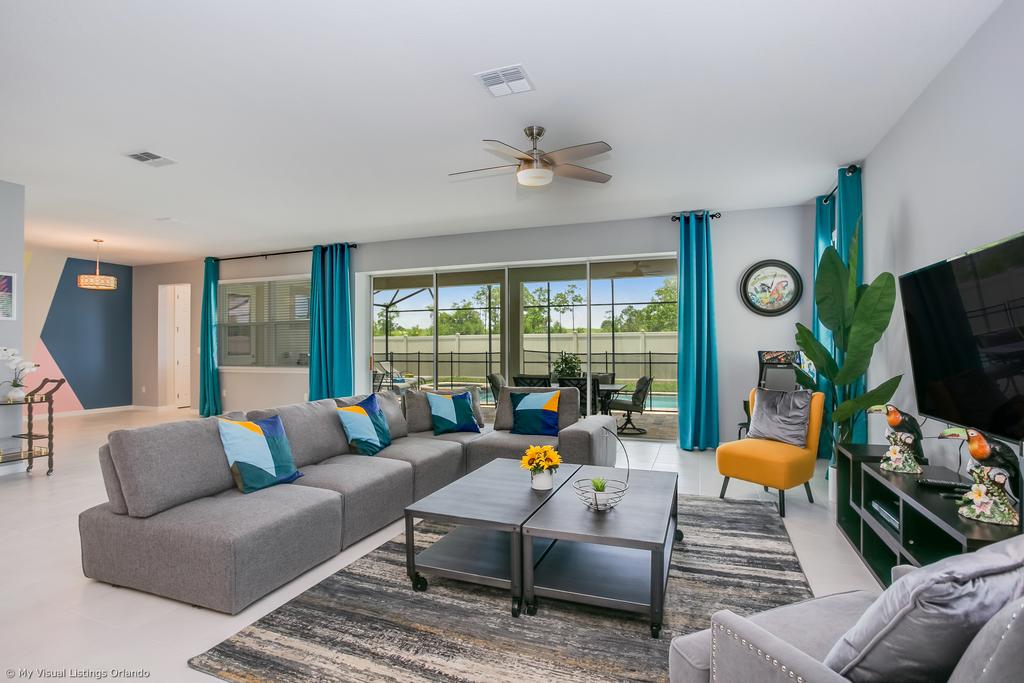