Two climbers ascending Mt. Rainier Mitch Barrie “OK, now pretend I’ve fallen into a crevasse,” Wes said. I did my best to picture it. And I started to cry.  Wes, my partner, was sitting on the floor of our local climbing gym with a loop of climbing rope clipped to […]

“OK, now pretend I’ve fallen into a crevasse,” Wes said. I did my best to picture it. And I started to cry.

Wes, my partner, was sitting on the floor of our local climbing gym with a loop of climbing rope clipped to his harness. I was clipped to the other end. We were practicing techniques for crevasse rescue—basically, creating a pulley system to haul someone out in case of a fall—to prepare for an upcoming trip to the Pacific Northwest.

We hoped to round-out our adventure resumes by tagging a few dream summits, including Mt. Hood and Mt. Rainier. But glaciated peaks were something neither of us had encountered before.

“But it could be,” I sniffled. “We’re going to fall into a crevasse and die.”

The blubbering was new for me. I’d skied 14,000-foot peaks, climbed towering rock faces, scaled vertical waterfalls, and tagged countless summits in my home state of Colorado and beyond. Mountains didn’t scare me. But glaciers did.

To me, glacier travel was the key to unlocking mountains I’d wanted to visit for years—but it was also a walk through a mine field. I pictured dozens of unseen, hundred-foot-deep rifts just waiting to open beneath our feet. And if Wes was the one to fall, I’d have to pull him out—60-pound weight difference and all.

“It’s so late in the season, all the snow will have melted,” Wes reassured me for the umpteenth time. “If there are open crevasses, we’ll be able to see them from far away.” I knew he was right. Besides, Wes was the more experienced climber. The likelihood of him being the one to fall was low.

I swallowed and nodded. I could do this.

On July 3, we loaded up the car. During the drive, I closed my eyes and pictured every step of the crevasse rescue drill over and over. I pictured myself kicking steps, building dead-man anchors, and self-arresting. But most of all, I turned up the music to drown out the nervous chatter in my head.

Our first objective was 11,250-foot Mt. Hood. We woke up at 3 a.m. to give ourselves plenty of time. Despite accidentally walking up the ski area’s half pipe in the dark, and encountering smoking fumaroles that stank worse than a 3-man tent post-Zatarains, the hike was casual; the only open crevasse was about six inches wide.

“That wasn’t scary at all,” I said back at the base. Wes tried really hard not to say, “I told you so,” but he did anyway.

Next up: Mt. Sahale in North Cascades National Park. After huffing up the steep bushwhack to the Boston Basin cirque, we set up camp and looked around. A papier-mâché halo of mist hung over our summit, but I could see exactly what I needed to: its glaciated base, jagged and creased with the gray and electric teal of crevasses. I took a deep breath.

The next morning, I took the lead and set a slow, steady pace. Six-foot-wide cracks peered at us like half-lidded blue eyes in the glacier’s wrinkled face.

We noticed they were forming on convex slopes, so we traced a path across flatter areas below the fissures. I marched behind Wes now, doing my best to keep plenty of distance and knotted rope between us so that if one of us fell, the knots would have more of a chance to catch on the crevasse’s lip. But Wes was right—the cracks were easy to avoid.

We spent the next few days ticking off summit after summit. The Shark’s Tooth. Mt. Torment. Forbidden Peak. After a week, we’d climbed everything in the basin, and both the glaciers and the local colony of marmots had become comfortably familiar.

Back in town, we looked at our tick list and realized there was only one peak left: Mt. Rainier.

A local guide had told us that there were several open crevasses—deep ones—and one was so wide that guides had installed a rickety metal ladder over it to make it possible to cross. I was nervous, but not just about the ladder.

In 2012, a friend of mine was descending Rainier when she slipped and survived a 40-foot freefall over a wall of ice. Before I left for Washington, our mutual friends requested I not tell them which day I was climbing the mountain. “We’ll worry too much,” they said. “Just tell us when you’re done.”

The day of our ascent, we woke up at 2 a.m. and ate oatmeal in the parking lot. I was quiet. Wes and I took turns leading the way up Muir Snowfield and to the base of the glaciers in the dark.

Then the sun rose. I looked up and found myself standing beneath the arc of a bergschrund, at once as cold and raw as the flesh of a mountain trout, and as ancient as the Pacific seabed. Suddenly, I understood. Glacier travel wasn’t just a means to an end.

We did eventually summit Mt. Rainier, but in that moment, I no longer felt I needed to. Looking into the ice felt like looking into the soul of the mountain. And that’s what I’d been after.

Weeks of preparation meant we arrived with the right gear and emergency know-how to pull off a summit of Mt. Rainier without incident—other than catastrophically sunburning the insides of our nostrils.

1. Hit the books. In practice, glacier travel is the same as hiking—but you do need a few extra emergency skills. Learn how and where crevasses form, and rehearse crevasse rescue and self-arrest skills until they’re second-nature.

2. Do your research. Crevasses form differently every year. Look at recent trip reports and talk to local guides and rangers about current conditions.

4. Rope up early. Put on your harness and rope up before you near terrain you’re unsure of. That way, if the slope gets too steep to safely take off your pack, you’re already prepared.

5. Use a GPS or GPS app. Record a track on every glacier crossing so you have a path to follow if you encounter white-out conditions or fog on the descent. 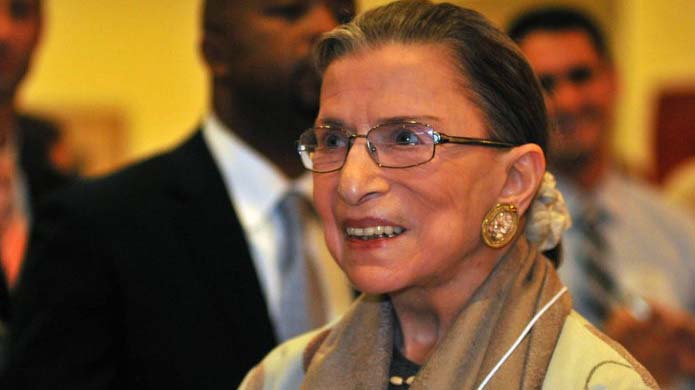