Say Giannis Antetokounmpo sticks to his recent words and doesn’t ask for a trade despite Milwaukee falling short of the NBA finals for a second straight season with the NBA’s best record each year.

Sounds good for Milwaukee, but but what if he doesn’t sign a five-year supermax extension for a projected $254 million, either?

Antetokounmpo would be the most coveted free agent in recent memory after the 2020-21 season.

Any NBA team would love to have him, but which ones would be best suited for the reigning NBA MVP, who is expected to win the award for a second straight season this year?

CBS Sports addresses the question by ranking teams Antetokounmpo could sign with next summer, with the Bucks at the top of the list.

Yes, CBS Sports ranks the Suns a top-10 free-agent destination for Antetokounmpo as the website grouped Atlanta and Phoenix together on the list.

Nobody expected Durant and Kyrie Irving to sign with Brooklyn. After five years in the gutter, the 2018 Nets were hardly appealing to free agents. But years of building yielded a single playoff appearance in a desirable market, and that was enough to sway two superstars. That, essentially, is the argument for the Hawks and Suns. They’ve both been bad for years, but with one playoff appearance, they become significantly more appealing.

Devin Booker is as perfect a co-star for Giannis as could exist. Trae Young isn’t far behind, though his defense will always be problematic on the playoff stage. Both have a deep stable of young, cheap wings to supplement them. Both play in desirable markets. Players tend to love Atlanta. Arizona has no state income tax.

Arizona does have a state income tax. I have the W-2 form to prove it, but CBS Sports gives the Hawks the edge over the Suns because of contract “flexibility.”

The only non-rookie deals on their books for the 2021-22 season are Clint Capela, an easily movable starter, and DeWayne Dedmon, an expiring contract. If Atlanta chooses not to extend John Collins, it could fairly easily enter free agency with Young, its other youngsters and two max slots. Giannis surely wouldn’t mind bringing a friend to his new home. Phoenix can get to one max slot pretty easily but has little flexibility beyond that. Both are theoretical trade destinations for another star.

But “theoretical” is the best descriptor for either destination, because to this point, neither core has reached the postseason. Atlanta has a slightly easier path by virtue of playing in the Eastern Conference, but Giannis won’t consider either unless the Suns or Hawks take meaningful strides next season. The onus is on them to do so. Unless either truly pops, both will probably be on the outside looking in, but just as the top tier consists of four teams, so too does this second tier. The Hawks and Suns already have compelling cases. The teams beyond them do not.

Now I see Phoenix as an ideal trade destination for Antetokounmpo with a scenario of the Suns shipping Deandre Ayton, Kelly Oubre Jr. and Ty Jerome to the Bucks for the NBA’s defensive player of the year.

Antetokounmpo is due $27.5 million next season in the final year of his four-year, $100-million deal, according to sportrac.com.

Ayton, Oubre Jr. and Jerome are scheduled to make a combined $26.6 million next season. The Suns can handle the remaining difference that’s less than a million.

The numbers add up, but Phoenix could add future draft pick to sweeten the deal.

So even if Antetokounmpo stands by his word and doesn’t demand a trade, Milwaukee might consider shipping him anyway because they could come out of this with nothing if he doesn’t sign the supermax extension and walks after next season.

By then, Phoenix may have become a playoff team and an even more enticing free-agent destination for Antetokounmpo.

Wed Sep 16 , 2020
Uber (UBER) has revealed that users in the UK will soon be able to rent cars via the Uber app, thanks to a new partnership with car rental company CarTrawler. According to a report from The Verge, there will be a new “Uber Rent” option in the app, through which […] 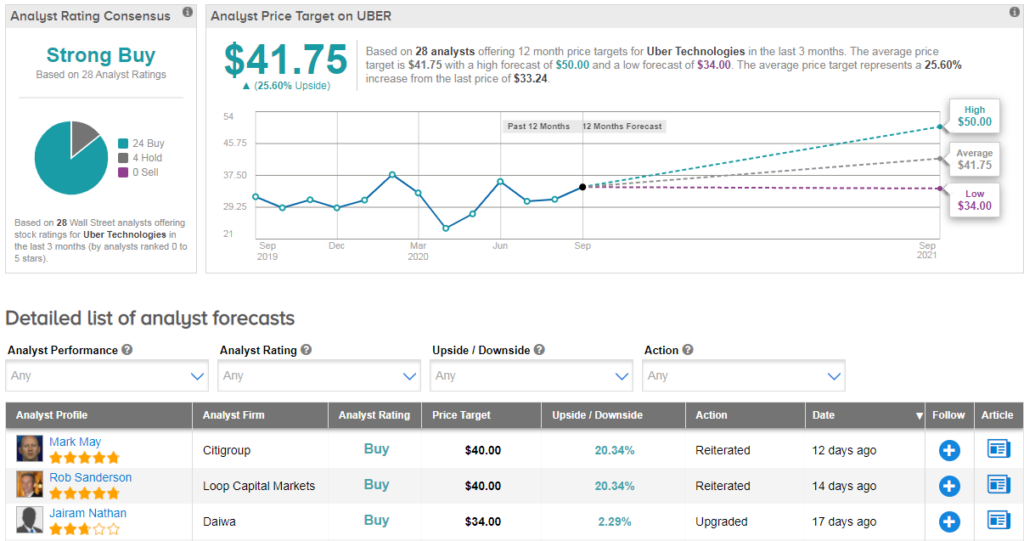