The planners of a Graffiti museum in Modesto now have their building in hand and hope to welcome the first visitors next June. Load Error The purchase just closed on the spacious structure at Ninth Street and Coldwell Avenue, just west of Modesto Junior College and most recently home to […]

The planners of a Graffiti museum in Modesto now have their building in hand and hope to welcome the first visitors next June.

The purchase just closed on the spacious structure at Ninth Street and Coldwell Avenue, just west of Modesto Junior College and most recently home to the Warden’s Office Furniture Outlet.

The backers hope to raise about $2.5 million to turn the space into a tribute to early 1960s cruising and racing. Native son George Lucas captured the era in the 1973 film “American Graffiti.”

The place will be called the Graffiti USA Classic Car Museum. The nonprofit will rely heavily on volunteers for its operation.

The first phase next year will feature a small display of classic cars, a gift shop and a working diner modeled on Modesto’s old Burge’s Drive-in. It could open in time for the annual Graffiti Summer events in June 2021.

Later phases include larger car displays, an event space for 700 people, and a working hot-rod shop. Visitors could stroll through re-creations of 10th and 11th streets as they were during cruising’s heyday. They could walk into a mock-up of a drive-in theater to watch “American Graffiti” and related films.

The planners envision about 20,000 visitors a year from Modesto and beyond to the 45,000-square-foot attraction.

“It isn’t just about cars,” said Cecil Russell, a leader in the effort, during a Friday morning tour for The Modesto Bee. “It’s about economic development. It’s about bringing people to the community on a year-round basis.”

Russell is a retired Save Mart executive who also led the Modesto Chamber of Commerce. The tour was of empty spaces that in nine months could be busy with visitors.

Also on hand Friday was Chris Murphy, a museum board member and co-owner of Sierra Pacific Warehouse Group.

All of the leaders are volunteering their time, including experts in construction, finance, car restoration and other fields. The board plans to eventually hire an executive director and a finance director.

The museum will try to cover its operating costs with entry fees, memberships, donations and income from the event space and gift shop. The site could be rented for weddings, meetings, fundraisers and other uses.

Murphy said money raised beyond the $2.5 million capital cost could go into an endowment to help cover operating expenses.

Graffiti fans have kicked around the museum idea for about a quarter-century. It gained traction with the January announcement that the building purchase was in the works.

The structure dates to the 1920s and was long used as a seed warehouse by the Lyng family. It leased the space to Warden’s before selling to the museum group at an undisclosed price. Warden’s is now in north Modesto.

The warehouse has concrete floors that are 4 feet thick, just right for hosting classic cars. The roof is about 20 feet tall and in good shape, too.

The first phase cannot open until the building gets new heating and air conditioning, fire sprinklers and wheelchair-accessible restrooms.

The museum board had hoped to have the first phase ready this past June, but the building purchase took longer than expected. Murphy said the delay was not so bad, since COVID-19 has restricted large gatherings.

The pandemic also canceled the annual American Graffiti Festival & Car Show, which has drawn thousands of people in the past. Next year, the museum could be a base for this event.

The museum has no timeline for the later phases. Murphy said they will happen as the money comes in.

The hot-rod shop will mimic the Tully Road site where legendary designer Gene Winfield got his start. Another space could be a record store. The Modesto Radio Museum, now entirely online, plans to have a spot, too.

The grounds will have parking spaces for tour buses bringing visitors from elsewhere. And the museum aims to teach Modesto-area school children about car engines and related topics.

Auto maintenance students at nearby Modesto Junior College might hone their skills in the hot-rod shop. The diner could partner with culinary programs at local schools.

Murphy envisions concerts in an open-air portion that would direct noise away from residential areas. North Ninth used to be part of Highway 99 and is mostly an industrial zone.

“I think this is a game changer,” Murphy said. “I think this will forever change what people think of our town.”

Mon Sep 21 , 2020
LAKE GEORGE, N.Y. (NEWS10) – The Adirondack Nationals Car Show usually brings thousands of car enthusiasts to the village and Fort William Henry. COVID-19 shut the event down this year, but some drivers and a few thousand onlookers brought their own version of the event to Canada Street over the […] 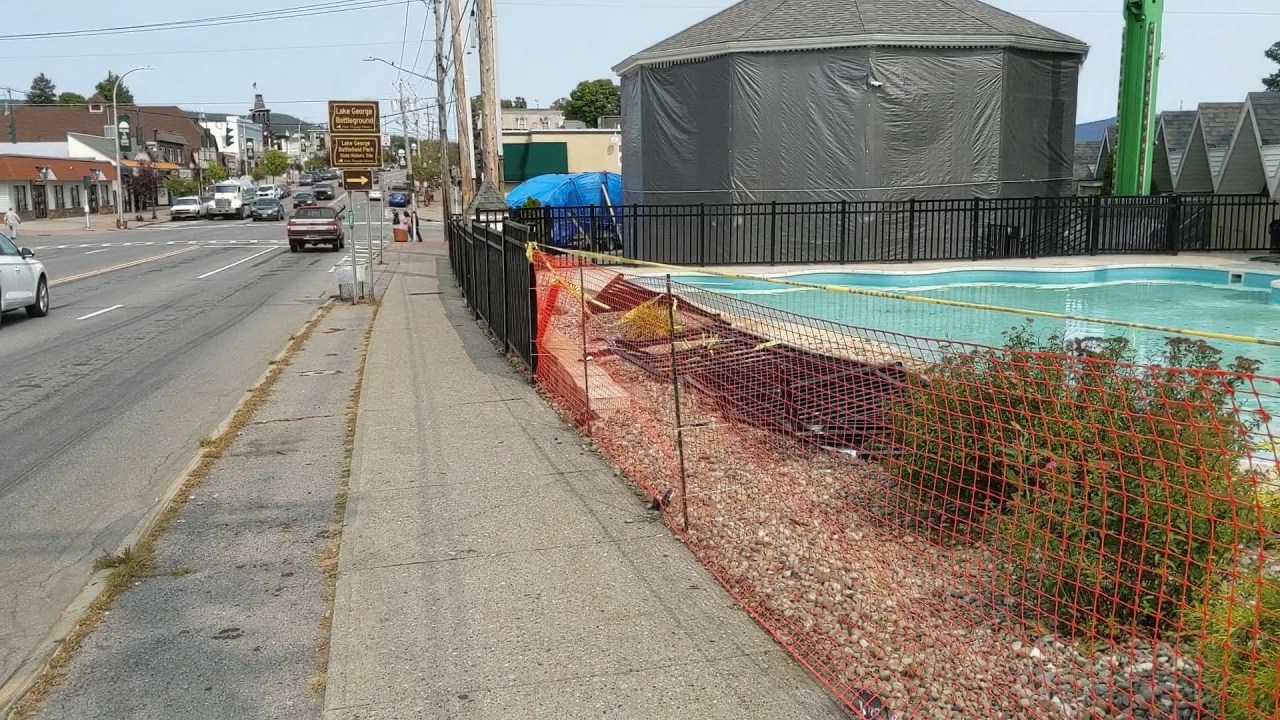