Destination Dispensary celebrates cannabis retail’s highest design concepts across North America. Each aesthetically elevated store featured has redefined and set a new standard for the cannabis shopping experience in the post-legalization era. Wilco Productions “Feel good.” Sunday Goods, the Phoenix-based purveyor of sungrown cannabis, has a simple mission, but its […]

“Feel good.” Sunday Goods, the Phoenix-based purveyor of sungrown cannabis, has a simple mission, but its recently-opened inaugural dispensary in Phoenix exemplifies the company’s ethos as far beyond basic.

Originally founded in 2016 by Yoram Heller and Randy Smith, Sunday Goods pioneered cultivation in the Grand Canyon State at a 320,000 square-foot Dutch glass greenhouse known as “The Pharm”—one of the largest of its kind in the country. Sunday Goods grows a copious amount of cannabis for its self-branded collection, spanning flower, oil and pre-rolls, found on medical dispensary shelves across Arizona and in adult-use retail partners throughout California.

The Sunday Goods store eschews the typical dispensary stereotype; artist collaborations set against a bright, airy backdrop make it feel more like a hip hotel lobby than a head shop. As a standalone building in the Arizona desert, the Sunday Goods headquarters is inspired by Elmgreen and Dragset’s iconic Prada Marfa and plays off its environment to imply it’s an oasis amid an arid climate.

“Our business has always been deeply rooted in Arizona, starting with our operation in Willcox. The goal was always to open our [first] store on our home soil,” shares Sunday Goods co-CEO Michael Wang. “We’re taking this year to fully understand what the Arizona market wants and how to best serve the MMJ community.”

And with a measure to legalize adult-use marijuana on the Arizona ballot in November, Wang is hopeful Sunday Goods can make a smooth transition to serving not only medical marijuana patients, but for “everybody who can stand to benefit from the liberating power of this plant.”

Wang adds, “We’re lucky in that we have over a year of experience being in a recreational market [in California] and have taken those learnings into deep consideration as we plan for the inevitable market shift in Arizona. As a company, we are ready for it and we believe the state is, too.”

In July, Sunday Goods announced its High Priorities initiative—a dedicated charity campaign where every Sunday, 5% of sales are donated to a selected nonprofit. Recipient organizations are planned to rotate on a quarterly basis with the Last Prisoner Project as its beneficiary until October to support three key criminal justice reform initiatives related to cannabis crimes: prisoner release, record clearing through clemency and expungement and reentry programs.

Following Phoenix’s soft opening earlier this summer (a second location is slated to open in 2021 in Tempe), the Sunday Goods and Mythology teams share a behind-the-scenes look into the inspiration and design details for this mirage of marijuana in the Wild West.

“We started with the site, since it was a standalone building in the middle of a desert climate, we immediately thought of Elmgreen and Dragset’s infamous Prada Marfa, which is a bit of a retail mirage in the otherwise arid landscape. Sunday Goods being one of the first ‘grown up’ dispensaries to arrive in Arizona, we wanted to convey this same sense of a mirage, where you were almost in disbelief that a dispensary you would be proud to go into could exist in your own backyard. The mural by Maxwell McMaster helps reinforce this concept, his vision of the desert landscape at dusk almost camouflages the building into the surrounding vista. And because the brand stood for cannabis’ connection to creativity, we worked hard to create a dispensary that was almost like an art supply store, a place to pick up your ‘goods’ but also a space to be inspired.” —Ted Galperin, partner, Mythology

“We quickly settled on a name with ‘Sunday’ in it as it symbolized the power of the sun and the feeling of a Sunday afternoon. ‘Goods’ was a double entendre as we planned to create a suite of products and at the time, we were still dealing with the perception that cannabis was, well, bad.” —Yoram Heller, co-founder, Sunday Goods

“Maxwell [McMaster] is an extremely talented artist and has an incredibly strong eye for mixing color, building texture and creating interesting yet simplistic designs. We were immediately drawn to his style and knew he would be the right person to carry out our vision. The murals are meant to invoke a feeling of wonder, creativity, artistic expression and appreciation of the local landscape while also incorporating Sunday Goods’ overall #FeelGood brand essence. The store is set against a dramatic backdrop of the Phoenix Mountain Preserve and the goal was to celebrate local elements like including Saguaro cacti (their flowers bloom only once a year), beautiful sunsets, plus incorporating our ‘Starry Night’ branding into the sky.” —Nicole Cooper, senior director of marketing, Sunday Goods

“The brand is built around the spark of creativity, so partnering with Maxwell [McMaster] to create his mural ensured that you associate artistic expression with the Sunday Goods brand. Inside, along with Sunday Goods’ own product, we commissioned one-of-a-kind objects that would also be for sale (think Chen & Kai Williams smoking tools and Eleonora Marton koozies), our goal being that you might pick up a birthday gift for a friend alongside your cannabis order, thus continuing to change perceptions of the category.” —Ted Galperin, partner, Mythology

“We did extensive research in the Arizona dispensary market at the beginning of the project and found that all the major players were playing out the same playbook. We knew we wouldn’t pursue any concept that felt too medicinal, too pseudo-organic, or too ‘headshop.’ As the category becomes more mainstream we see a cannabis store enhancing a neighborhood rather than burdening it. For Sunday Goods this could also mean implementing such creative ideas as creating a community arts space next to their dispensary or including a deeper hospitality component down the line. The best brands use retail as a way of showcasing the best of what they have to offer, and cannabis brands should be no different. At Sunday Goods, anyone can get to know the category in an approachable way, and have a retail experience that is educational, frictionless and customer-focused.” —Fernando Music, partner, Mythology

“We first came to working with Sunday Goods, our first cannabis client, through our relationship with (our now-defunct) digital agency Gin Lane. We were amazed by Sunday Goods’ expertise (we were even introduced to a former NASA chemist on our first field trip to the grow facility!) and their desire to create the first cannabis brand that stood for something bigger than just the product itself.” —Fernando Music, partner, Mythology

All of our cannabis is sun-grown and we’re committed to using sustainable practices such as an underground geothermal well to naturally heat water, keep energy use low and limit waste. By using the power of the sun, we’re able to produce consistently high-quality cannabis that always contains strong cannabinoid and terpene profiles. Some of our most popular strains are Lemon Brulee, Desert Lime, Moonshine Haze and King Musa.” —Nicole Cooper, senior director of marketing, Sunday Goods

“As a brand, part of our mission is to de-stigmatize cannabis use and one of the steps in accomplishing that goal is to create a retail experience that matches the mission. Even though we are in such a nascent industry, it’s clear patients and customers alike want a shopping experience that is educational, inclusive and inviting. The past two years have been a transitional and inspirational period to watch the cannabis space evolve and build its confidence within the retail space. You see retailers across the country taking a similar design-minded approach and we’re proud to stand alongside strong brands in the industry.” —Nicole Cooper, senior director of marketing, Sunday Goods

History behind the national holiday and why we celebrate it

Sun Sep 20 , 2020
For many, Labor Day simply signifies the end of summer and it offers a great excuse for an extended weekend. However, there’s a deeper meaning behind the national holiday, which has roots as far back as the 1880s. Labor Day is a creation of the labor movement. It’s dedicated to […] 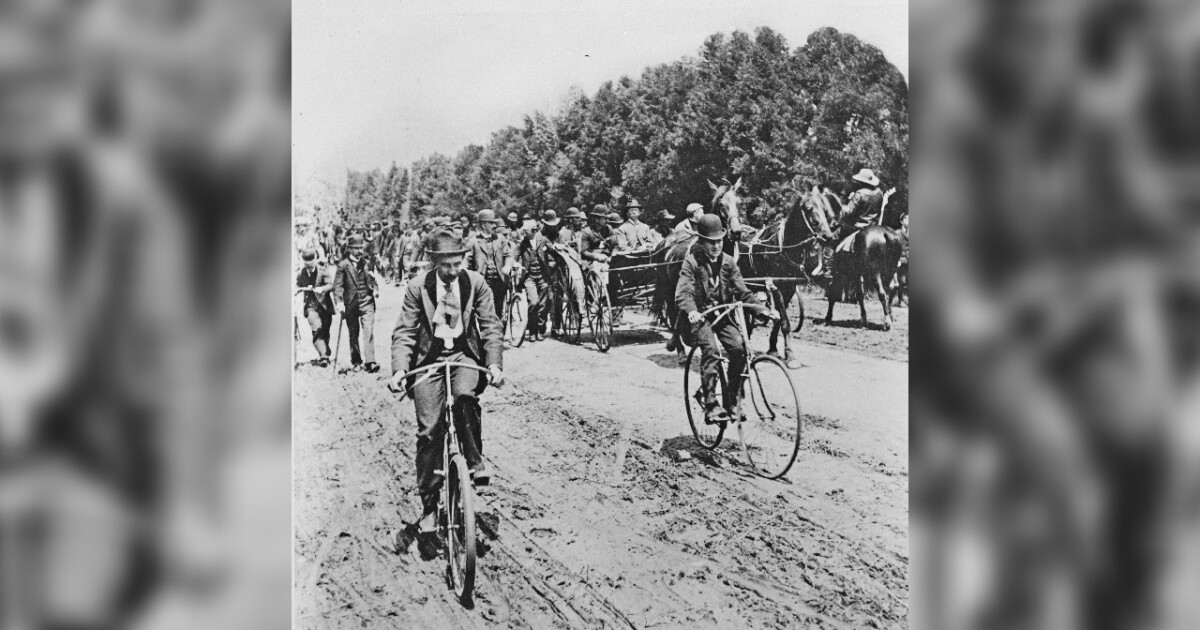