Despite its name, The London Film Festival has often been the place to see a new television series, screening a couple of or sometimes all the episodes back-to-back, with previous screenings including Sky’s Doll and Em and the BBC’s Little Drummer Girl. Now Hirokazu Kore-eda premieres Episode One of his sitcom-drama A Day Off of Kasumi Arimura which extends the director’s interest in testing family dynamics.

With art imitating life, Japanese TV and film star Kasumi Arimura plays a version of herself as an actress unexpectedly given a day off when a co-star catches the flu and decides to head home to visit her mother. Exasperated by Yumiko’s fussing and embarrassed to be shown off in the supermarket, Arimura soon learns that life at home has moved on without her when a stranger drops-by without warning. 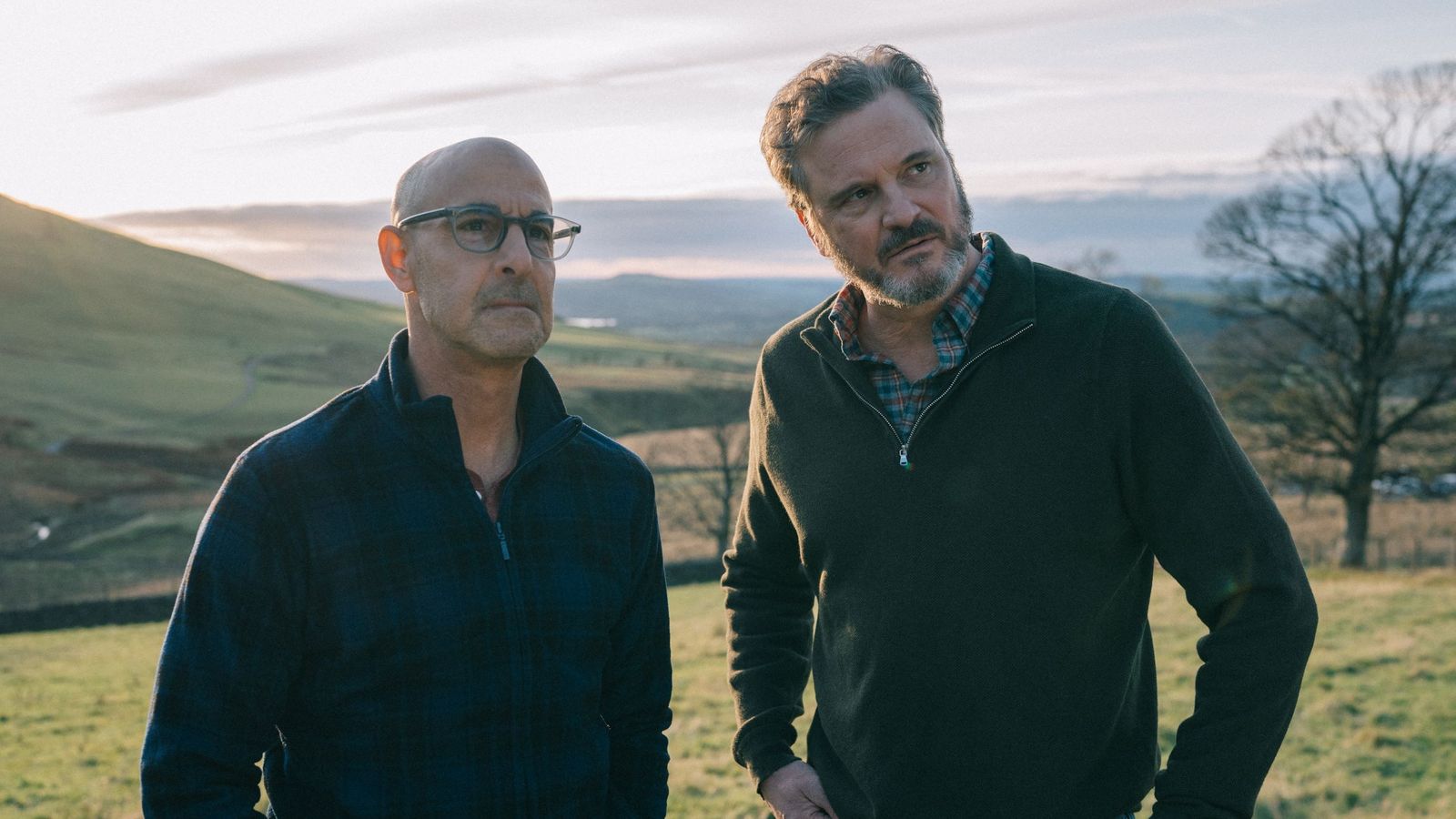 While the coronavirus pandemic has led to some film festivals cancelling, some going entirely virtual, and some attempting to crack on as normal, the 64th London Film Festival is going with a hybrid model – so is both physical and virtual this year.

It means movie fans can watch featured films either at socially distanced screenings, or from the comfort of their own living rooms.

Not sure if you want to get involved? We’ve got your questions answered below.

It’s called the London Film Festival and I don’t live in the city so there’s nothing for me, right?

Actually, no. As well as virtual screenings, this year’s festival has expanded physical screenings across the country so you can catch films in cinemas in Belfast, Bristol, Cardiff, Glasgow, Manchester, Nottingham and Sheffield – and yes,

The Pingyao International Film Festival, founded by Chinese helmer Jia Zhangke and former Venice head Marco Muller, has released its full lineup of global and local films. The selections in the two main sections focus on first or second features.

The festival is set to take place from Oct. 10-19 in the ancient city of Pingyao in central Shanxi province, not far from Jia’s own hometown. Few foreigners will be present, as China continues to maintain travel and quarantine restrictions for those entering the country, despite lifting some measures.

A dozen films are set to compete in the international “Crouching Tigers” section. They include a number of titles that first bowed at Venice: “Residue,” from American director Merawi Gerima, which debuted to a special mention earlier this month in the independent Venice Days section before being

Art can be transformational not just for the viewer but also for the artist and their subject as Benjamin Ree’s documentary film The Painter and the Thief reveals. The relationship between an artist and their muse is a complex one in which the muse usually fascinates the creative. In this, rather extraordinary case, both Barbora Kysilkova and Karl Bertil-Nordland profoundly affect each other’s lives after meeting under the most extraordinary circumstances – when he steals two of her paintings from an Oslo gallery in 2013 and promptly forgets what he did with one of them, while co-conspirator, named in the film as Mikael, loses the other.

That, you think, will be the driving force of Ree’s film and, although it does frame the unfolding story, what The Painter and the Thief captures is both far more engaging and surprisingly meaningful as two scarred and incredibly vulnerable people 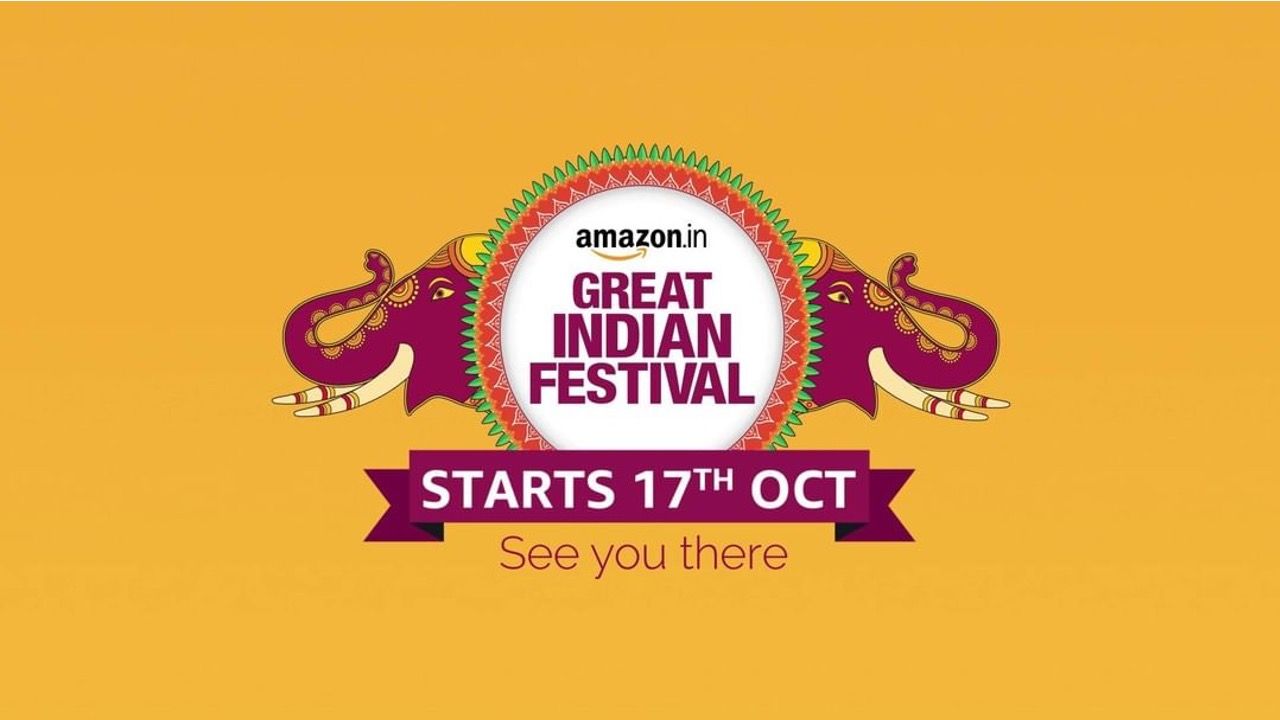 Amazon Great Indian Festival sale 2020 is confirmed to start from October 17 in India, a day after rival Flipkart kicks off its Big Billion Day sale 2020. The Great Indian Festival sale coincides with the Indian festival season and is Amazon’s annual shopping fiesta that goes on for five to six days. However, this time the company has not revealed an end-date for the sale. The annual sale event sees some enticing deals and offers on a wide range of products and across categories, so it might be the best time to buy that phone or laptop that you have been eyeing from a while now.

As expected, Amazon Prime members are 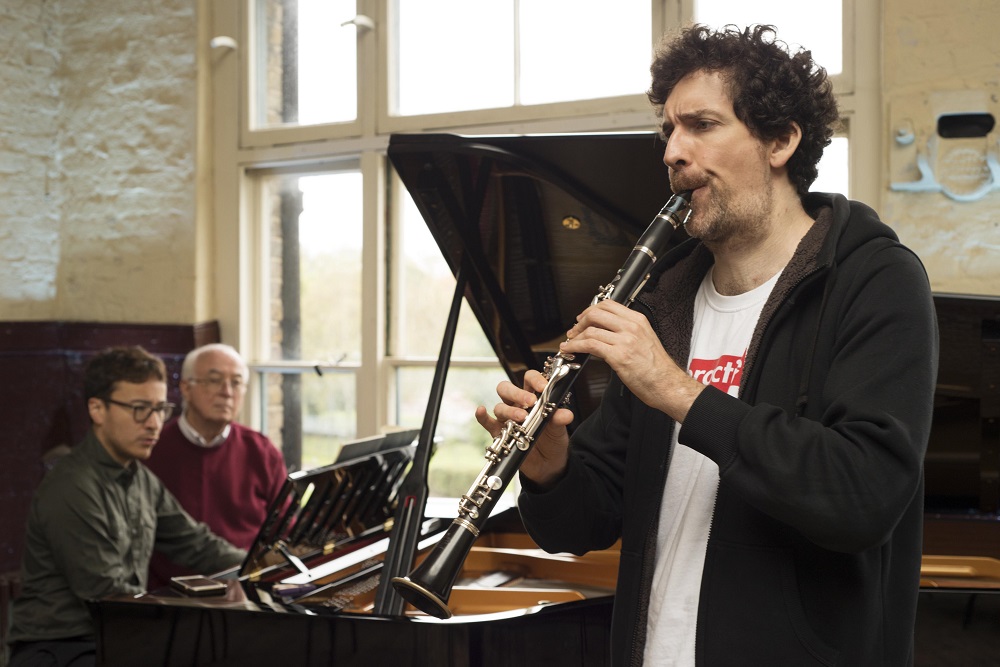 A muse of fire descended on the top floor of a former warehouse in the East End, unextinguished by the rain which fell almost continuously outside during the four stupendous concerts – three advertised, one a generous bonus – of the Ragged Music Festival. Once turned into an educational refuge for the East End poor by the heroic Dr Barnardo, surviving the Blitz unlike just about every other building in the vicinity, this unlikely and allegedly haunted venue – the Paranormal Society is due to have a sleepover here soon – the Ragged School Museum has been commandeered by pianists and partners, in life as well as music, Pavel Kolesnikov and Samson Tsoy. They couldn’t have done it without the generous help and friendship of the director, Erica Davies, and, among sterling sponsors, Yamaha’s unstinting support in supplying a piano, winched up to the attic room, painstakingly tuned and maintained

The multicolored grins of a thousand jack-o-lanterns leer from out of the darkness of Newfields’ campus.

Fog swirls in the air. Trees seem to loom over and reach for you. A ghost train whooshes down the path of Indianapolis’ former interurban line.

Pumpkins with names such as Warty Goblin, Mellow Yellow, Porcelain Princess and Grizzly Bear are stacked in copious piles all over.

“The idea of surprises around every corner, the idea of having things everywhere that people aren’t used to seeing,” said Marian Keith, greenhouse coordinator at Newfields. “There’s a lot of abundance, so that there’s a spectacular display of things that the natural world has to offer.”

Harvest, the expanded autumn experience offered by Newfields, overflows with the spirit — and spirits — of the season. The monthlong fall extravaganza will showcase the sights, sounds and flavors of the season by day, with live 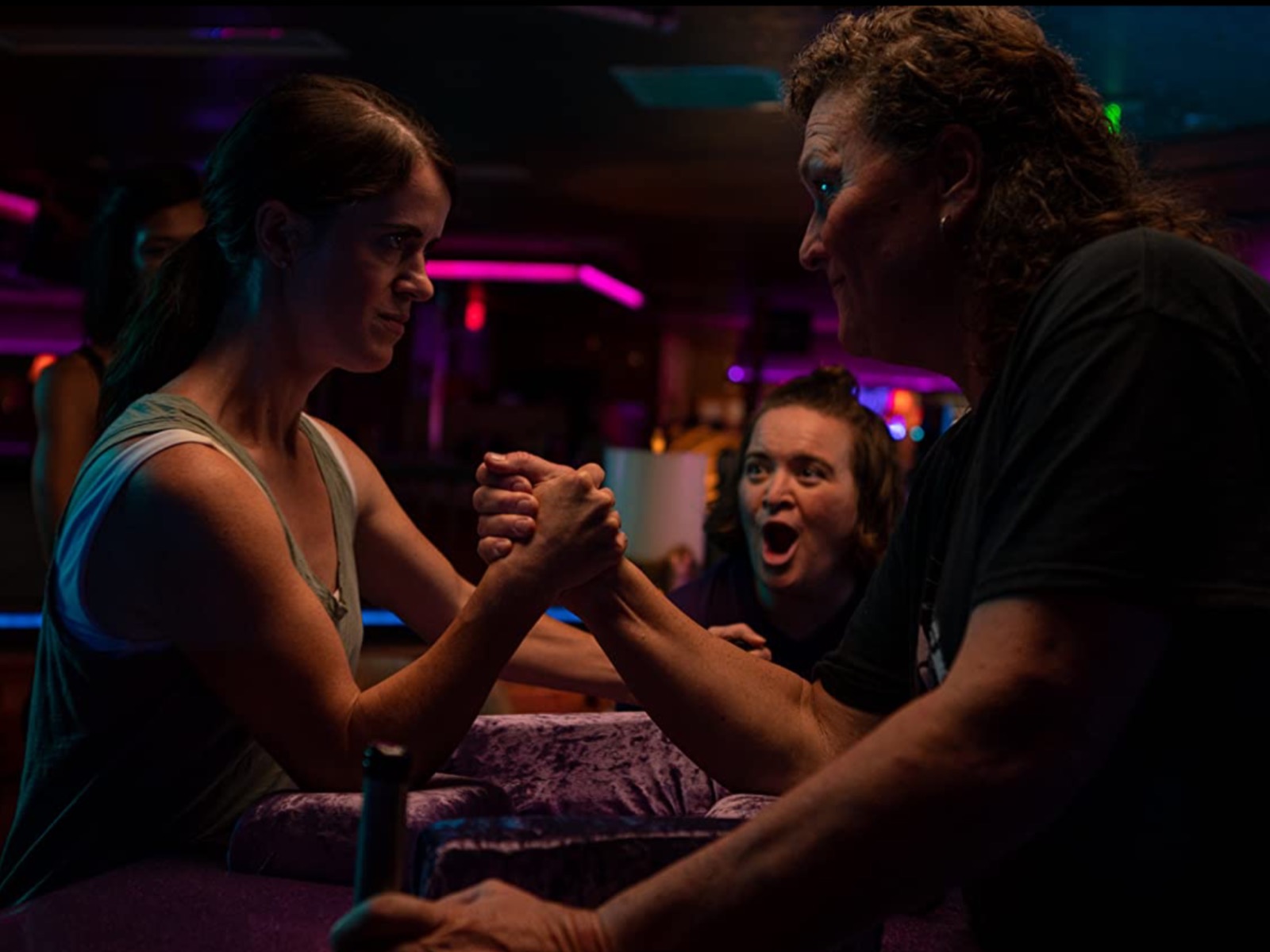 The Milwaukee Film Festival is back and like you’ve never seen it before: at home.

With the pandemic still ongoing, like everyone, Milwaukee Film and its annual Cream City explosion of cinema has had to adjust, going virtual this year with a digital streaming platform for all of its screenings.

But while we may not have our usual film festival sights – the popcorn, the laughing crowds, the marked-up program books, the lines of people tensely awaiting to snag their seats, the introductions from weary Milwaukee Film staff members still enthusiastically pumping up crowds even at midnight on Day 14, the excited chatter of film fans comparing notes and sharing their selections – the star of the show is still the same: the movies. So many movies. SO MANY MOVIES! With almost two hundred movies of all shapes and sizes for you to enjoy between Oct. 15-29, the Milwaukee Film

Participants can visit the station “How Tall This Fall?,” take their best guess at the number of crayons in a jar for a chance to win the whole thing, and snap a family photo at the fall-themed photo station. Visitors can also explore two craft stations, the museum, and outdoor courtyard in between.

“Our staff is excited to have our first event since reopening” Jessie Goodwin, program educator and volunteer coordinator, said. “We have worked hard to give the museum a fresh look and invite our community to come see what we’ve done and enjoy our Fall Festival.”

All crafts will be 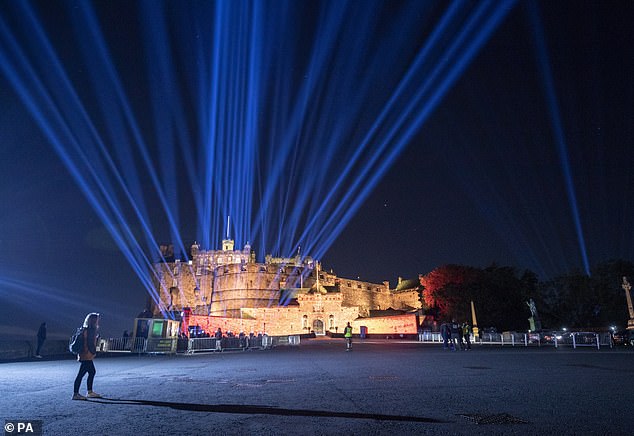 The Edinburgh International Festival has apologised for the ‘lack of diversity’ in its August programme after less than 300 campaigners demanded that organisers book more female, disabled and black performers – or risk being defunded.

The 73-year-old festival, which was originally cancelled in April due to the coronavirus pandemic, hosted an online programme two months ago which created work for more than 500 artists and crew.

However, an online petition claims the programme failed to ensure that Scotland had ‘a more representative arts sector’, alleging that nearly 90 per cent of performers were white.

Back by just 287 respondents, the petition called for the festival’s £4.5million public funding to be stripped and ‘redistributed’ among other arts organisations and events if it refused to ‘diversify’.

Campaigners said the number of male performers was double the number of women, while disabled artists were allegedly overlooked completely.

They also branded the festival’s majority