Kathmandu, Oct. 9 — From the third week of March 22 to mid-July, Rupakot Resort in Lekhnath, Kaski, wore a deserted look. The resort’s 42 rooms were empty, and there were no diners at the restaurant, which offers gorgeous views of the beautiful Begnas and Rupa Lakes against the Annapurna Range.

During the roughly four months when the nation-wide lockdown was at its strictest, hotels across the country, like Rupakot, were either shut or had few guests.

It was finally in July, when the lockdown began loosening, that hotels started reopening. But by then, it had become known that international tourists, which the majority of hotels in the country rely on for revenue, were unlikely to travel to Nepal in the foreseeable future, and if the industry were to see any business in the coming months, it had to focus on the domestic market.

Fast forward to October, almost every 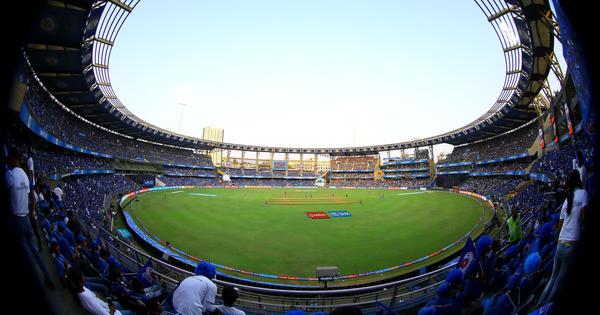 Mumbai’s iconic Wankhede stadium will open up for guided tours after the Mumbai Cricket Association signed a memorandum of understanding with the Maharashtra Tourism and Development Corporation Limited.

The MCA is planning to set up a museum in the adjacent building and has formed a committee to start work, reported The Times of India.

… Read More
MUMBAI: The Mumbai Cricket Association (MCA) on Friday signed a memorandum of understanding (MoU) with the Maharashtra Tourism Development Corporation Limited (MTDC) for a guided tour for fans at the Wankhede Stadium. The iconic Wankhede will now be a stop in MTDC’s Mumbai tour for tourists.
A guided tour for fans of a stadium is organised in many countries, like Spain (for Camp Nou in Barcelona and Santiago Bernabéu Stadium in Madrid) and the Melbourne Cricket Ground in Australia. It helps top football, cricket and tennis clubs earn revenue. In India, the Himachal Pradesh Cricket Association (HPCA) in Dharamshala opens a stand where fans can come and get pictures clicked.
The MCA had last month accepted state Tourism Minister Aaditya Thackeray’s proposal to open the iconic grounds for tourists.
“This afternoon, MTDC signed an MoU with the @MumbaiCricAssoc for the Wankhede Stadium Experience tour. This stadium isn’t just a place
… Read More 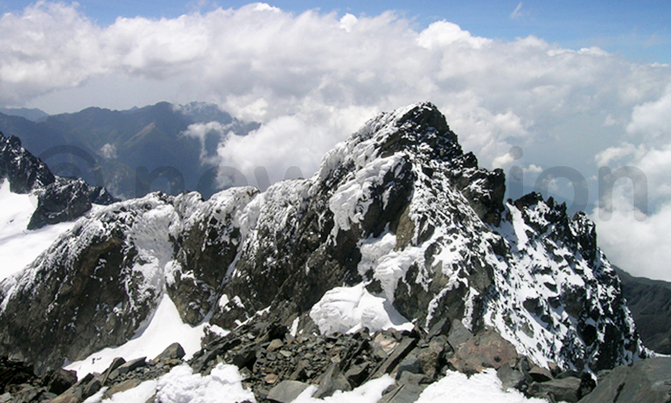 The mist-shrouded peaks of the Rwenzori mountains provide a stunning backdrop to this magnificent park. (File photo)

The World Wild Fund for Nature (WWF) Country Director, David Duli has called for private sector investment in Rwenzori Mountain National Park (RMNP), one of Uganda’s national park, which is currently among the least visited.

Located in Western Uganda, RMNP is well known for its flora and contains a large area of mountain forests. Additionally, the park’s richness that includes flora and fauna scenic beauty, glacier lakes, rivers and waterfalls, diverse rock types, snow-capped peaks and rich cultural heritage makes it one of the spectacular destinations in the world.

Duli states that in addition to the unique geographical location, the Rwenzori natural heritage and biodiversity importance has

5 Things to know about the Nov. 3 election

“From a basic economics point of view, demand and supply, if you divert residential housing into short-term housing you are reducing the housing supply, which exacerbates our affordable housing problem,” said current city councilmember and mayoral candidate William Weirick.

Weirick and Betsy Stix, a teacher, are running for mayor of Ojai. The city is also holding its first district-based election in District 4. Current city councilmember Suza Francina and real estate broker Jeri Becker are running for that seat.

All four said they

Tour operator Mark Coulton had been out of reception for days, deep in a national park north of Katherine, when he drifted back into range and his phone blew up.

It was the middle of March — just a few months after his tourism business Sandrifter Safaris, offering bespoke guidance through the Top End’s natural wonders, accepted lucrative contracts with major travel operators.

2020 had begun with the busiest period in his company’s near decade-long lifetime and the good times prompted a flurry of spending.

“Being an owner-operator, that came out of my pocket, with the idea of it being paid off by November 2020 — everything being paid off, the vehicles, bus, trailer upgrades, all the new equipment and so on,” he said.

“Every day I’d wake up, have a coffee and there’d be 10, 15 bookings for one month, two months, five months, 12 months in advance.

Tourism bodies say there were “no surprises” in the Federal budget as the region prepares for more than 5000 less jobs amid the coronavirus pandemic. Late last month, the government announced it would inject $250 million into regional Australia through a $50 million Regional Tourism Recovery initiative as well as $200 million for an additional round of the Building Better Regions Fund. No south-west tourism locations were earmarked to received funding and Great Ocean Road Regional Tourism chair Wayne Kayler-Thomson said he was very disappointed Tuesday’s budget didn’t further extend the Regional Tourism Recovery initiative. “The Great Ocean Road is Victoria’s most visited region by international visitors and the third highest regional destination in the country behind only Gold Coast and Blue Mountains,” he said. “The visitor economy has been one of the hardest sectors hit and, with Melbourne

Sri Lanka Tourism Development Authority (SLTDA) and Australia’s Market Development Facility (MDF) have joined hands to develop a research roadmap to facilitate Sri Lanka’s position as Asia’s foremost tourism destination. The roadmap will pave the way for better understanding of the visitors who come to Sri Lanka and assist the public and private sectors in making evidence-based decisions and investments in tourism. This is the first time a thorough analysis has been undertaken to evaluate the effectiveness of the data collection efforts by SLTDA and its usage.

SLTDA identified the need for better quality data and research to improve the strategic direction of Sri Lanka’s tourism sector, in line with the goals set in Sri Lanka’s Tourism Strategic Plan.

Two South Carolina cities got a much-needed boost Tuesday when Condé Nast Traveler magazine announced they were among the 10 best small cities in the United States.

For the 10th straight year, Charleston was named the nation’s best, while Greenville made the list at No. 6. It was the fourth year for Greenville and an increase from the No. 9 spot in 2018 and 2019. In 2017, the Upstate city ranked third.

Nearby Savannah was ranked seventh.

“Our place on this prestigious list will hasten our economic recovery,” Greenville Mayor Knox White said in a news release.

The shutdown of businesses in the spring due to the COVID-19 pandemic hurt cities across the country. Greenville hotels have seen business drop by two-thirds, according to the city of Greenville.

“In the first two months of the pandemic alone, the overall financial impact in the Charleston area exceeded $1 billion due to