The Bunnahabhain 25 YO was among the top rated whiskies at the IWSC 2020 judging Photo, courtesy Distell Ltd. Six single malt scotch whiskies were awarded the highly coveted Gold Outstanding Medal at this year’s International Wines and Spirits Competition judging. All six winners had an identical 98/100 points score. […]

Six single malt scotch whiskies were awarded the highly coveted Gold Outstanding Medal at this year’s International Wines and Spirits Competition judging. All six winners had an identical 98/100 points score. Five of the six expressions were from Speyside distilleries. This year’s single malt Scotch whisky judging almost proved to be a Speyside sweep of the top spots.

Bunnahabhain is a true Islay gem; one whose fame has been steadily growing among whisky enthusiasts. The distillery is owned by Distell, the South African drinks conglomerate. Perched on the desolate eastern short of Islay, the area was so remote that at the time the distillery was built the owners had to build an adjacent village complete with schools for the distillery employees.

Bunnahabhain’s whiskies are not chill filtered and have no added color as is true for all of Distell’s Scotch whiskies.

The color is amber with an orange cast. On the nose, there are sherry notes of dried fruit and orange zest, followed by sweet honey, tobacco, some old leather, floral potpourri and a bit of furniture wax. As the whisky opens up the dried fruit becomes stronger featuring raisins, dates, figs and prune, and is joined by notes of almonds.

On the palate, there is a distinctive sweet pepperiness, which builds steadily, accompanied by notes of almond and hazelnut; milk chocolate and dark fruit jam. There are spice notes of cinnamon and nutmeg and sugared ginger. In time, slight notes of smoke emerge, along with caramel and a very slight saline note that is typical of Islay whiskies matured near the sea.

The whisky has a creamy viscous, mouth coating quality with a distinctive palate weight.

The finish is long, but shorter then I would expect for a 25 YO whisky, with lingering notes of sweet dried fruit, along with black pepper and some cinnamon.

Bunnahabhain 25 YO is a classic whisky. It’s very reasonably priced, but can be hard to find. Definitely worth grabbing a bottle if you run across it.

Glenfiddich is easily the top seller of single malt whiskies in the world, with global sales exceeding 1.2 million 9-liter cases, although in the US Glenlivet is hard on its heels. The 40 YO expression was first released in 2000, and a new bottling has occurred every three years or so. The distillery uses a modified Solera system described as a remnant vatting style in which additional whiskies are added to a portion of the unused blend from the previous bottlings. The whiskies used in in the expression range in age from 40 YO to as much as 75 YO.

My tasting notes are from a single tasting several years back. Not sure if I will ever get a second chance. Approximately 600 to 800 bottles are produced for each release. In addition to being expensive, it’s almost impossible to find. The last bottling was in 2018.

The color is a rich, dark amber. On the nose, it has the classic “fruit cake” profile you expect from sherry matured whiskies: golden raisin, fig, date, candied apple and a bit of prune. There are additional notes of dark chocolate, espresso, with hints of light wood smoke, old saddle leather and tropical spices of clove and cinnamon.

On the palate, the whisky is silky and creamy with a notable palate weight and the oily, viscous character typical of ultra-aged sherried whiskies. As it opens up the same “Christmas cake” flavors of dried fruits, orange zest and chocolate, along with a bit of wood and a very subtle, earthy, herbal, fresh peat-like note.

The finish is incredibly long, complex and nuanced with layers of dried fruits and spice and a lingering sherried sweetness.

This is another of the world’s great whiskies as its multiple gold medals in past spirit competitions attest. Most whisky enthusiasts will never have an opportunity to taste it, but if you ever get the chance grab it.

The Glenfiddich Finest Solera was the first installment in Glenfiddich’s Cask Collection range. The original expression was created as an exclusive for Travel Retail and came in a Baccarat crystal decanter. Grant & Sons Master Blender Brian Kinsman selected 20 different whiskies that had been matured in ex-bourbon and American oak casks and married them for several months in a 2,000 liter tun. Half the whisky was drawn off and used to produce 600 bottles.

Periodically, additional whiskies would be added to the tun and additional stock would be drawn off for bottling. The fact that half the liquid was always retained and that the resulting liquid was a blend of all the previous bottlings gave the expression a Solera like character, but this blending strategy is not the same as the rigorous, multi-barrel aging typical of a true Solera maturation.

This whisky is almost impossible to find. It was never formally released in the US, but is available from a few European mail order houses. You can try The Whisky Exchange if you want to look for a bottle.

The color is a rich gold. On the nose, there are pronounced aromas of vanilla and butterscotch, along with notes of well-seasoned oak wood. As the whisky opens up notes of red fruits, cherry and raspberry, along with dried apricots, peaches and a bit of baked apple and pear emerge.

On the palate, the whisky is rich and creamy with a smooth satiny texture and a pronounced palate weight. There are notes of crème brûlée, candied fruit, some cinnamon, along with a hint of nutmeg and some brown sugar.

The finish is long, with a lingering brown sugar sweetness.

There is also a Glenfiddich 15 YO Solera reserve, which is produced in a similar way. It is a blend of whiskies matured in ex-bourbon, ex-sherry and new (virgin) American oak. Although the underlying whiskies are not of the same quality as the NAS expression, it offers a similar aroma and taste profile and is considerable cheaper at around $60/bottle.

The 15 YO expression has a more pronounced sherry cask influence. It features distinctive dried fruit notes of raisin and fig, along with orange zest and a hint of marzipan. While not a true Solera process, this is an outstanding and very affordable Scotch whisky.

This is another single malt whisky that was never formally released in the US, although the occasional bottle does turn up at auctions. It is available from a handful of UK retailers, although it is a rarity in Europe as well.

The whisky is 45 years old, distilled in 1973 and bottled in 2019. It was matured in a combination of ex-bourbon barrels and sherry butts.

The color is a dark amber. On the nose, there are distinctive aromas of ginger snaps accompanied by golden raisins and fig jam. There are additional aromas of marzipan, along with some tropical fruit notes of melon and mango.

On the palate, the sherry influence is more apparent, showing off the typical fruit cake flavors of raisin, fig and date along with notes of apricot and peach. There is also some cinnamon, as well as vanilla and a hint of maple syrup.

The finish is long, with a lingering dried fruit sweetness. If you can’t find this particular bottling, odds are you won’t, don’t despair. Try the Tamnavulin Sherry Edison a NAS expression that has a comparable aroma and taste profile, although not the quality and complexity of a 45 YO whisky. At an average price of around $50 its considerably cheaper, although still hard to find.

Another Balvenie expression that has won scores of medals at international whisky competitions. The color is a rich amber. On the nose, the whisky is sweet with notes of marzipan and golden raisins, along with dried and candied fruit notes of apple. There is a hint of furniture wax and a touch of smoke, although the whisky is technically unpeated. There are cinnamon and nutmeg notes, along with some buttery croissant aromas and a hint of milk chocolate.

On the palate, the whisky is sweet and creamy with notes of baked apple, orange zest, toasted buttery croissant, followed by hints of charred oak and licorice and a lingering bitter note. The whisky is smooth and velvety with an excellent mouthfeel.

The finish is long with lingering baked apple, anise and cinnamon notes.

This is another great whisky from Balvenie whose Gold Outstanding medal is richly deserved. Along with the two Glenfiddich expressions, this gives Grant & Sons three of the top six single malts in this year’s IWSC judging.

There is one more Speyside whisky which won a coveted Gold Outstanding medal. The distillery, however, opted to hold off announcing the results at this time. It’s likely that the winner was a new expression that has not yet been formally released. Stay tuned for details.

The 2020 IWSC Scotch whisky judging has produced an interesting mix of single malt Scotch whiskies ranging in price from a few hundred to several thousand dollars. Proof positive that the world’s best whiskies don’t necessarily have to be expensive. 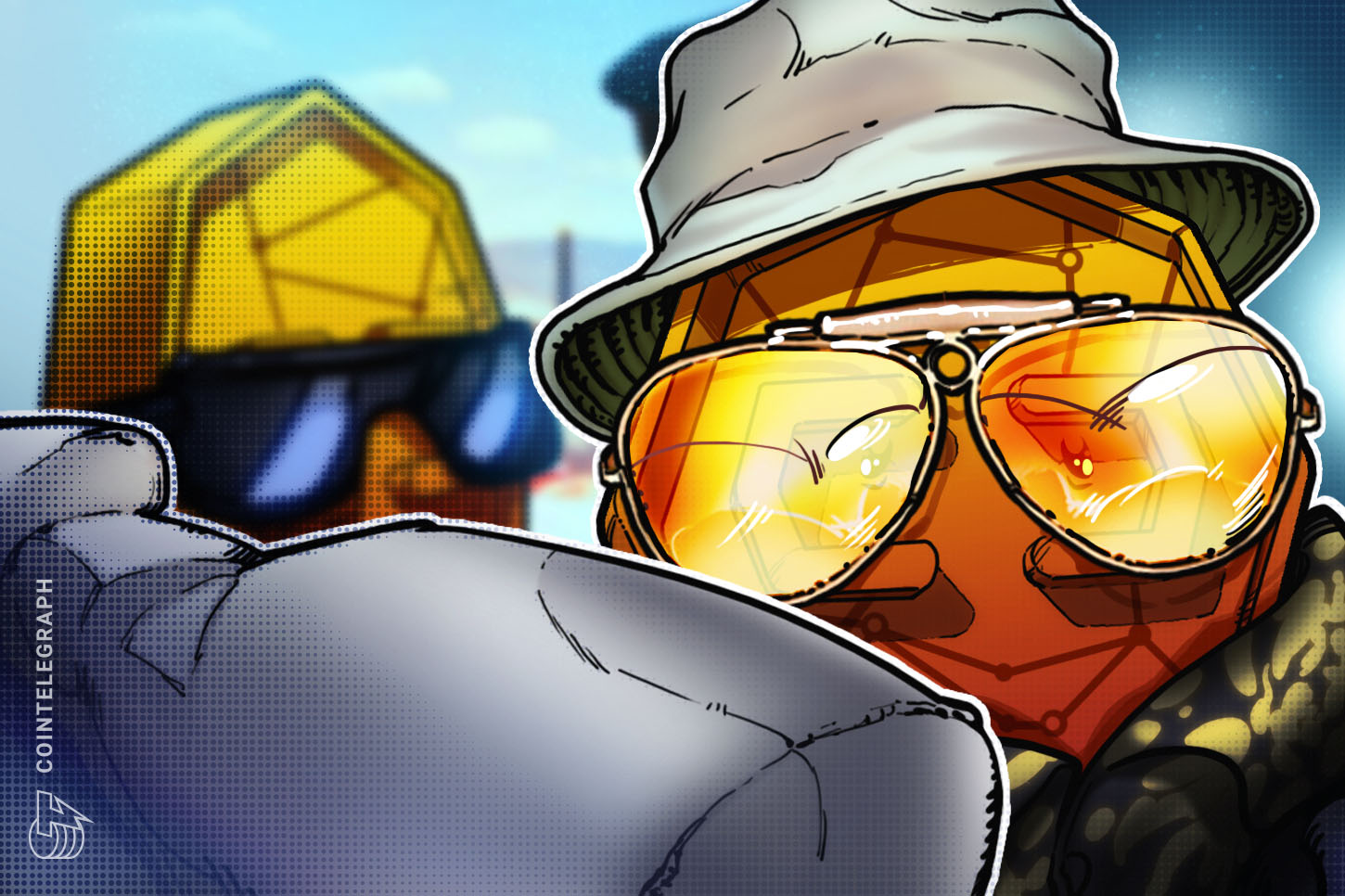