Whether you’re a digital nomad who works from your laptop on sandy foreign beaches or a high-powered, all business road warrior, you’re going to need a travel adapter for when you go abroad. Different countries and regions use different voltage ranges, but all-in-one adapters can convert them to a standard […]

Whether you’re a digital nomad who works from your laptop on sandy foreign beaches or a high-powered, all business road warrior, you’re going to need a travel adapter for when you go abroad. Different countries and regions use different voltage ranges, but all-in-one adapters can convert them to a standard you can use with your phone, laptop, and a range of other mobile devices. Travel adapters can save you a serious headache — and a lot of money — as you embark on your journey. We’ve gathered some of the best multi-device travel adapters to keep you juiced up while on the move.

Of all the travel adapters on our list, this offers real versatility and some handy features in a compact package. If you’re traveling through many countries, this one adapter could meet all your needs. It covers 200 countries, including the United States, United Kingdom, Europe, Australia, Canada, and Japan. To switch between plug types, you press and slide one of the three buttons, each of which locks firmly in place, or you can pull out the compact European plug section. Plug your gadget into the other side and you’re all set. The Xcentz adapter includes three USB-A ports that support Qualcomm’s Quick Charge 3.0, and a USB-C port that supports Power Delivery up to 18W, so you can charge multiple devices at once. The clever feature is the adapter’s self-resetting fuse. Usually, when the fuse in your travel adapter blows, you have to replace it. This one will trip and block the overload, and you can just push the button on the side to reset it, so you can use it again without any fiddling. The universal charger is rated at 10A and supports up to 2,300W, while the pop-out EU plug is 16A and goes up to 3,680W.

This clever device packs in all sorts of charging features. There’s a slide-on plug section and it comes with plug attachments for the U.S., Europe, the U.K., and Australia. It has USB-C and USB-A ports and it can put out up to 18W. The USB-C port supports Power Delivery and the USB-A port supports Qualcomm’s Quick Charge 3.0 standard. But that’s not all, because it also packs a 6,700mAh battery inside for topping up on the go and it works as a Qi wireless charger. It’s the perfect travel adapter for keeping your smartphones and tablets charged up.

Epicka is an extremely serviceable choice for an all-in-one world travel adapter, covering more than 150 countries with U.S., EU, AU, and U.K. plugs. It features smart fast charging with four USB ports, one USB Type C, and one AC socket with the ability to high-speed charge six devices simultaneously. Its power maxes out at 880W at 110Vac and 1840W at 230Vac. It’s compatible with various generations of USB devices from Apple, Samsung, Huawei, and more. The device’s 8A overload dual fuse, safety shutters, and plug lock system ensure safety. The unit does not convert electrical output current and voltage.

The Passport Go features four sliding tabs to reveal the different prongs and a USB-C port alongside the three USB-A ports. Thanks to GAN technology that USB-C port can output up to 30W. If you’re traveling through multiple countries, this could meet all your needs. It covers 200 countries and regions, including the U.S., U.K., Europe, Australia, Canada, and Japan. It’s easy to use, you press and slide one of the four buttons to select that plug type and it locks securely in place. Though the USB-C Power Delivery port can put out 30W, that limit is shared with the three USB-A ports. There’s an AC output for larger devices and you could charge five devices at once. Zendure’s travel adapter has a self-resetting fuse, so it will trip to block an overload from damaging your devices and then reset, ready for use again.

Saunorch’s travel adapter has sliding mechanisms for U.S., Australian, U.K., and EU plugs to cover 150 countries. You can plug one device into the top, and there are four USB ports on the side for charging additional devices like smartphones and tablets. Each USB port can output a maximum of 2.4A, but the total output is 3.4A, so if you plug in four devices simultaneously, the charging rate is slower. It has a 6.3-amp fuse built in, but you do get a spare in case it blows, and you can open the fuse cap with a coin if you need to change it. It’s available in black or blue. The black version has three USB ports and a USB-C port. The USB-C port can output 15W/3A, so it can fast-charge smartphones and tablets. This travel adapter is compact and lightweight so it fits easily in your luggage and easily slots into most outlets.

The Evo Global Travel Adaptor weighs just 50 grams and covers more than 150 countries (including the biggies — U.S., Europe, and Australia) . The design uses a modular system — depress a button to slide out U.S. or E.U prongs., twist for Australian prongs, and slide a side prong out for U.K. prongs. The downside is that it only has two USB-A ports that offer 2.1A each for a maximum of 2.4A or 12W simultaneous output, so it’s just for charging smartphones and tablets. It’s certainly not one of the fastest chargers around, and getting the different configurations takes some practice and some fiddling. However, it will save you a ton of space in your light bag for a really reasonable price.

If you aren’t country hopping, a set of dedicated plugs could be your best bet. With Bestek, there’s nothing to change or convert — each plug works with the specific location. You get eight different power adapters, which cover a wide range of other countries, including the United Kingdom, Europe, India, Australia, Hong Kong, Japan, and Israel. There aren’t a lot of bells and whistles with this set—these only hook up to a single plug. They’re ultra-reliable and easy to use. Connect your plug to the right adaptor, and away you go. It may not be fancy, but it’s reliable and straightforward.

Versatility might be the best thing about the Mu International charger—it’ll work with just about any smartphone or tablet you’ve got. Whether it’s Android, iOS, Samsung, or another brand, Mu charges them all via a flat tangle-free USB cable. It provides three interchangeable plug heads and works in over 200 countries, especially North America, the U.K., or the European Union. Another perk with this charger is that it comes in a compact package—in fact, Mu claims that it’s the thinnest portable charger around. We love the unique design and the versatility. You’ll have an option for all your devices and something to share with anyone you meet on the road without worrying about compatibility. That flexibility comes in handy when you’re traveling, meeting people, and maybe even working on the road.

Fri Sep 25 , 2020
Emirates has announced it will resume flights to Johannesburg (1 October), Cape Town (1 October), Durban (4 October) in South Africa; Harare in Zimbabwe (1 October); and Mauritius (3 October). The addition of the five points will expand the Emirates’ global network to 92 destinations, as the airline gradually resumes […] 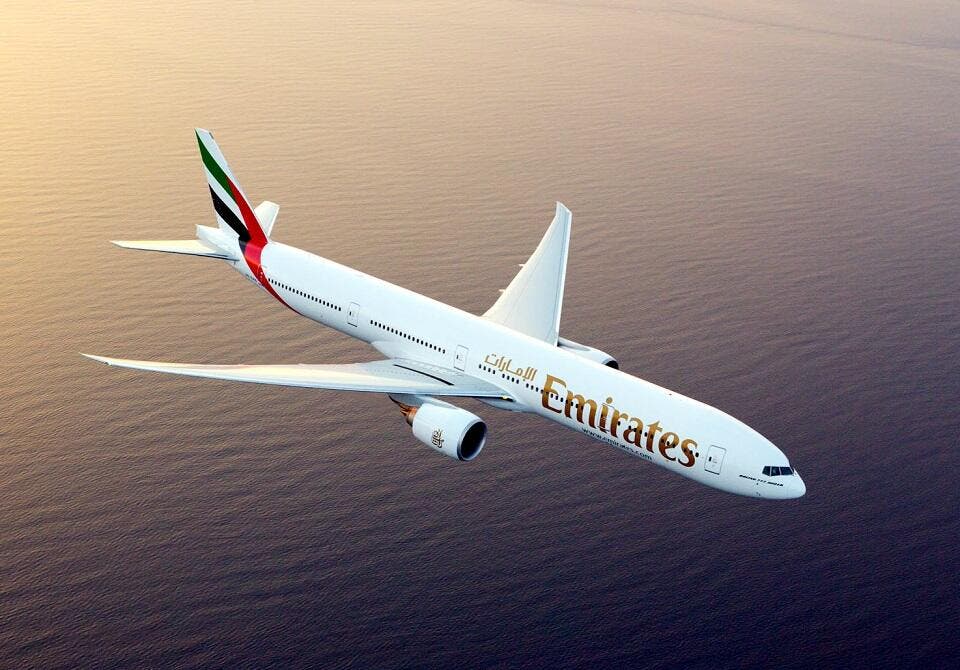