Universal’s attendance at its open Orlando and Japan parks typically hovers around 25%, Comcast CEO Brian Roberts disclosed Tuesday as he expressed his belief that business will rebound in the future. © Dewayne Bevil / Orlando Sentinel/Orlando Sentinel/TNS Masked visitors at Universal’s Islands of Adventure pass by the conductor character […]

Universal’s attendance at its open Orlando and Japan parks typically hovers around 25%, Comcast CEO Brian Roberts disclosed Tuesday as he expressed his belief that business will rebound in the future.

© Dewayne Bevil / Orlando Sentinel/Orlando Sentinel/TNS
Masked visitors at Universal’s Islands of Adventure pass by the conductor character as they enter the Wizarding World of Harry Potter this summer.


“At the right time, we can invest in theme parks — but not now,” Roberts said, discussing one of Comcast’s hardest-hit areas during the pandemic. “We’ve slowed down some investments in theme parks, but I hope they’ll come back and want them to come back.”

Roberts answered questions about Comcast’s business and its future during the virtual Goldman Sachs Investor Conference.

Since then, Universal fans celebrated some positive news like the construction progression of an unnamed Jurassic Park-themed roller coaster or two Haunted Houses and a new Halloween Horror Nights tribute store that sells spooky-themed food, a consolation prize for the marque event being canceled this year.

But Comcast also disclosed this spring it paused construction on the new Orlando park, Epic Universe, amid the economic uncertainty. The company has not said when it plans to start building the park although Comcast had acknowledged construction was very early into the process.

“All things considered, it’s a big capital swing, so better to really march forward with that when we have just a bit more visibility on what’s going on with the economy post-COVID,” Comcast Chief Financial Officer Mike Cavanagh said in May. “I can’t tell you when that’s going to be when we revisit it.”

On Tuesday, Roberts stressed the importance of a coronavirus vaccine for business to bounce back.

“As I think about the entire company, probably 70% of the COVID effect is this one conversation,” Roberts said, adding, “there’s only so much we can do about that.”

Roberts touted Universal theme parks as historically one of the fastest-growing areas of Comcast’s business, which gives him confidence about the rebound ahead, he said.

“You have to ask, do you think it’s coming back someday?” Roberts said, adding, “Companies that aren’t as well-capitalized and aren’t part of a bigger enterprise maybe won’t be able to come back.”

But Roberts said he was “really bullish” on Universal theme parks, saying, “I’m optimistic for the long term.”

Kentucky theme park is allowing families to rent out the entire space, go on unlimited rides

Wed Sep 16 , 2020
Summer is still here for another week – and what better way to celebrate the last bit of the season than by going to a theme park? DISNEYLAND DELAYS OPENING OF FIRST-EVER MICKEY AND MINNIE RIDE UNTIL 2023 The theme park up for rent for families of six for up to […] 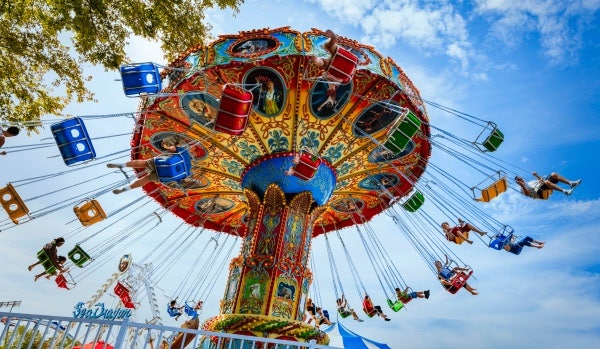