Gallery: Beautiful photos of canals around the world (Espresso) Winning tip: rainforest restored, Snowdonia The word rainforest conjures images of a rich diverse flora and wild creatures. But you don’t have to travel to Costa Rica to see it; Celtic rainforest sounds and is just as exotic. The Atlantic oak […]

Gallery: Beautiful photos of canals around the world (Espresso)

The word rainforest conjures images of a rich diverse flora and wild creatures. But you don’t have to travel to Costa Rica to see it; Celtic rainforest sounds and is just as exotic. The Atlantic oak woods of the Ceunant Llennyrch nature reserve raise the spirit and are home to more than 400 species of moss and lichen, with one species – the blackberries in custard lichen (scientific name black perithecia) – found nowhere else. Such is the forest you find when you walk through the Ceunant Llennyrch gorge up the River Prysor. These woods are being restored to the way they were 10,000 years ago. Truly primeval. A good footpath leads from the road at Maentwrog.

Quieter side of the Dales: Pateley Bridge


As crowds flock to nearby Brimham Rocks, this quiet circular walk offers an alternative way to explore the western Yorkshire Dales. The walk, starting from the car park in Pateley Bridge, winds through what were once the grounds and gardens of Bewerley Hall. The five-mile walk goes through both Fishpond Wood (named for the lake thought to have been an old monastic fishpond) and Guisecliff Wood, with spectacular views opening up at points across the rolling Dales and the old Hall grounds. At the highest point of the walk is an old folly, a perfect spot for a picnic. The excellent Nidderdale AONB website provides a route guide.


For an autumnal woodland walk dappled with history and fun for kids, served with coffee and cake and sprinkled with fairy dust, the Rivelin Valley, just north-west of Sheffield, is perfect. The walk starts at the cafe by the play area off Rivelin Valley Road and meanders three miles upstream through glorious mixed woodland, past the remains of old water wheels and weirs, which once powered Sheffield’s cutlery trade. Dippers, herons and kingfishers now work the peaceful valley and a magical chair sculpture sits in the river, watching time pass.

For an easily accessible family walk, I recommend the Conkers Circuit in the National Forest, where four miles of well-surfaced tracks will take you on a walk filled with trees basking in their autumn glory and reveals fascinating traces of an industrial heritage that stamped its mark on this corner of north-west Leicestershire and south Derbyshire. You will walk through woodlands and by lakes where, until 30 years ago, coal mine winding gear, smoking chimneys and pipeworks filled the landscape. Start at Conkers car park and follow the well marked trail.

© Provided by The Guardian
Signpost to St Nectans Glen

The woodland trail leading to St Nectan’s Glen, near Tintagel in Cornwall, is a stunning example of an ancient UK woodland. The walk takes you to the bottom of a valley, where you’re greeted by the shallow, flowing River Trevillet. Get there in the early morning to see the fog rise through the trees above you. This, combined with the sounds of the birds chirping and river flowing, makes for a relaxing stroll. At the end of the trail is St Nectan’s Glen itself, where for a small fee (£6) you can walk around three beautiful waterfalls then enjoy a hot drink in the cafe before wandering back along the banks of the river.

© Provided by The Guardian
Cottages in Cwm Gwaun. Photograph: Alamy


The steep sides of Cwm Gwaun, a wooded valley east of Fishguard, meant the land was never considered for farming, so these trees have remained undisturbed for hundreds of years and look their finest in autumn as the beeches, hazelnuts, chestnuts and oaks flood the valley with colour. In places as you descend the hillside, the trees part, allowing spectacular views across the forest-top of the giant trees you’ll soon be at the foot of. The pleasures aren’t just visual though – the crunch of leaves underfoot can be drowned out as the River Gwaun announces itself audibly, while boisterous ravens shake more foliage from the canopy.

In the footsteps of Bertrand Russell: Wye Valley

© Provided by The Guardian
The Cleddon Falls, on the lower section of the River Wye. Photograph: Charles Hawes/Getty Images


We like to start a day in Bargains Wood with a picnic at Whitestone woodland park before heading through an imposing avenue of scots pines towards the mossy boulders bordering the Cleddon Falls, keeping an eye out for the white lady some say still haunts the falls! Although autumn is particularly magical, with so much to see this 5km circular walk makes the ideal family outing any season. Bargains Wood is a splendid feast of trees including mature oak, beech and huge Douglas fir, through which we are offered tantalising views across the Wye Valley to Cleddon Hall, birthplace of the philosopher Bertrand Russell.

© Provided by The Guardian
little boy in striped jumper walking down woodland path,


South of the town of Verwood is Ringwood Forest, where a plethora of paths and tracks twist and undulate through acres of open heathland, shady conifers and up to breathtaking viewpoints. Firs, silver birch, purple heather, russeting ferns, glistening mushrooms, deer, foxes – and occasional racing huskies – can be spotted in the forest. The adjacent Stephens Castle is an iron-age barrow atop a sandstone outcrop with magnificent views. Stephen was a tribal chief and, if you’re wearing boots, you can seek out his stone, which he allegedly hurled a half mile into the forest.

© Provided by The Guardian
Old beech tree and walkers


Wytham Woods are close to Oxford, with an entrance at Botley Lodge, just west of the city. The woods are called the “laboratory with leaves” and my favourite thing is to walk around and think about what kind of experiments are secretly going on whenever I see a new trap camera or measuring instrument. I love it so much because it is big enough for you to spend a whole day in, but not too big that it is overwhelming. My favourite spot is right at the top, where, if you are quiet enough, you can observe brown hares, red kites and – even before sunset – badgers.

Ravensheugh Sands, less than an hour’s drive east of Edinburgh, is a well-loved gem. But concealing this stretch of rustic paradise, the surrounding woodlands are a treasure in themselves. The forest path offers a gentle escape from 21st-century hustle and bustle against the soundtrack of the North Sea. To add to its intrigue, it hosts the eerie concrete remains of second world war sea defences. This relatively easy walk invites you to absorb history, or to conjure up tales of dystopian fancy before you emerge on to the vast beach. A personal favourite for its surrealism and the ease with which it grants a temporary retreat. 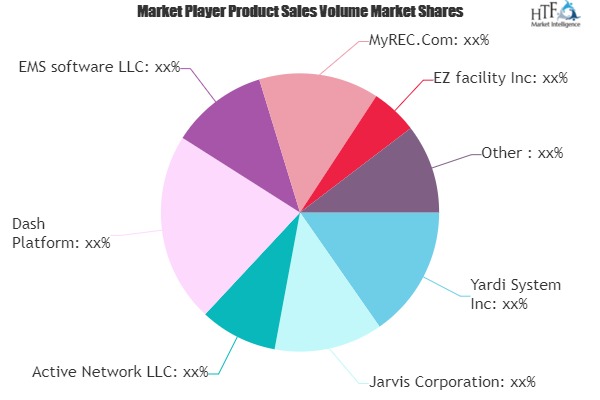