© An aerial view of the Kancamagus Highway in New Hampshire 16 Fall Road Trip Ideas Throughout the U.S. A road trip can be a simple as taking an afternoon drive to peep some fall color (with an excellent soundtrack or podcast, naturally). Or it could be slightly more ambitious: exploring the autumnal […]

© An aerial view of the Kancamagus Highway in New Hampshire
16 Fall Road Trip Ideas Throughout the U.S.


A road trip can be a simple as taking an afternoon drive to peep some fall color (with an excellent soundtrack or podcast, naturally). Or it could be slightly more ambitious: exploring the autumnal glory of neighboring states you may not have visited since pre-COVID times. For many of us, time away from the road has heightened our senses—and what better time of year to get out and put those senses to the test? Take in the changing trees, inhale the crisp fall air, and taste local foods on one of these 16 road trips across the United States.

Winding 56 miles on country roads through New Hampshire’s White Mountain National Forest, this drive has earned its place on several “best of” road trip lists, thanks to its picturesque ponds, hiking trails, scenic overlooks, and hairpin turns. Colloquially known as the “Kanc,” the byway draws millions of visitors every year—if you go during a peak foliage week, you may find fewer crowds in the early morning.

Massachusetts’s Berkshire Mountains and its famed 63-mile Mohawk Trail are the stuff of legends. Start in Williamstown, home to Williams College, and continue on Route 2 to Western Gateway Heritage State Park, Natural Bridge State Park, and MASS MoCA, among other attractions. Eventually, you’ll hit the Hoosac Range where the mountain views only get better.

This road trip—along the state’s Route 7A—sneaks between the Taconic Mountains and Green Mountains, running parallel to the Long Trail, a 272-mile footpath. Bookended by the towns of Bennington and Manchester (you can start in either place, depending on where you’re coming from), the route stretches nearly 30 miles, passing quaint towns, hay bales, and general stores, with the mountains as a backdrop.

To take in views of the mountains and the colorful foliage, start at Hulls Cove Visitor Center (Bar Harbor) and drive up the summit of Cadillac Mountain. At the base of the mountain, suggests writer Melanie Haiken, stop by the 187-acre Jordan Pond, which “provides a wash of color against two rounded hills known as the Bubbles, which offer a spectacular view of a multi-hued treeline in the backdrop.”

© Photo by melissamn/Shutterstock
Split Rock Lighthouse along Highway 61 is one of the most well-known spots on the North Shore.

Officially known as Highway 61—and immortalized in song by Minnesota native Bob Dylan—this 154-mile route starts in Duluth and winds along Lake Superior before ending in the town of Grand Portage. Along the way? Waterfalls, lighthouses, state parks, and fall foliage galore. Superior National Forest, to the west of the Lutsen ski resort, is a worthy detour for its fall colors.

History is at the heart of this tour of the picturesque Upper Peninsula. Start in St. Ignace, which was founded in 1671 at the Straits of Mackinac, then head east toward the heavily wooded Drummond Island. (You will need a ferry to make the 15-minute crossing.) Head back to the mainland once you have had your fill of island life—kayaking, swimming, fishing—and spend some time in historic Sault Ste. Marie, the oldest city in Michigan and the third oldest in the entire country, before closing the loop in St. Ignace at town favorite Java Joe’s Cafe.

A squiggly peninsula that juts into Lake Michigan, Door County is often called the “Cape Cod of the Midwest”—and rightfully so. Just 50 miles northeast of Green Bay, Door County has scenic coves, cherry and apple orchards, harbors, lighthouses, wineries, and some 300 miles of coastline. Newport State Park is an International Dark Sky Reserve, and the 900-acre Rock Island State Park has no cars; for a dose of small-town charm, stop by Ephraim, a Scandinavian-style village.

© Photo by Anthony Heflin/Shutterstock
The Linn Cove Viaduct, at mile marker 304.4, was one of the most ambitious and technically challenging segments of the Blue Ridge Parkway.

Atlanta to Savannah to Charleston

“This is an ideal itinerary for the traveler seeking a city and coastal experience. Starting in Atlanta provides the opportunity to enjoy the dive into cosmopolitan experiences like ATL Cruzers, which offers a 90-minute, 15-mile journey through the city, including some of the most historical points of interest. No trip to Savannah would be complete without fully immersing yourself into the city’s incredible dining scene. Make a trip to the Grey, where the legendary crab beignets with mascarpone will be a dish you’ll talk about for years to come.” —Kristin Braswell, founder of the new CrushGlobal Road Trips

You can begin your journey into Texas Hill Country in either Austin or San Antonio; limestone and granite hills radiate out from both cities. They’re also where the worlds of cowboys and wine collide. For the former, head to Bandera (the self-proclaimed “Cowboy Capital of the World”) and catch a rodeo; for the latter, dip into the wineries that line Wine Road 290 in Fredericksburg. There are more than a dozen other towns to explore, including New Braunfels (where two rivers flow through) and Lockhart, the state’s barbecue capital.

Launched in 1935 as a New Deal project, the Blue Ridge Parkway took 52 years to complete and is now one of the country’s most iconic highways. Come fall, it’s also one of its most vivid. To make the most of the experience, give yourself plenty of time to cruise from Charlottesville, Virginia, to Asheville, North Carolina (the most popular segment of the 469-mile road). You’ll want that time to hike a portion of the Appalachian Trail, pop into Blue Ridge Music Center for a little bluegrass, and savor both barbecue and fall colors.

The Cherohala Skyway is the kind of road you’d expect to see at the end of a James Bond movie: A skinny highway winds through mountains blanketed only by trees, with nothing but more mountains in the distance. The route stretches from western North Carolina to eastern Tennessee, crossing through the Cherokee and Nantahala National Forests (the skyway’s name is a portmanteau). There are scenic vistas along the way, but more adventurous travelers can hike one of 29 trails along the route or fly-fish in Tellico River near the end of the skyway.

© Photo by Mendenhall Olga/Shutterstock
From the Beartooth Highway, travelers can park and hike the short (but steep!) 1.6-mile (round-trip) trail to Gardner Lake.

This road trip tackles a different part of Highway 1—not the iconic stretch through Big Sur, but the section that winds through Mendocino County, whose border begins three hours north of San Francisco. Take a couple of days to meander from the town of Gualala (where you can visit galleries and hike through a pygmy forest) to Fort Bragg (home to the aptly named Glass Beach, abundant with sea glass) with stops for redwoods, lighthouses, and winetasting along the way.

Yes, you might get rained on during a fall visit to the Olympic Peninsula—the wild, mossy arm west of Seattle that encompasses Olympic National Park. But that’s part of the charm as you tour the loop, counterclockwise. Ferry over from Edmonds, a city 17 miles north of Seattle, and begin where Highway 104 meets Highway 101 (your road for most of the drive). Along the route, learn to pronounce the names of small towns like Sequim (“Skwim”) and Dosewallips (“Doh-si-wall-ips”), hike to waterfalls flush with seasonal rain, explore rain forests alive with colorful maples and mushrooms, and walk the raw coast on the westernmost part of the peninsula.

This “All-American Road”—a designation given to fewer than 50 highways in the United States—is one of the most eye-popping ways to approach Yellowstone. From Red Lodge, Montana, drivers follow the switchbacking highway into Wyoming, through three national forests (at one point reaching 10,947 feet), ending near the northeast entrance of the park. Keep in mind that the elevation means the highway typically closes around mid-October.

Wheeler Peak, also known as Cerro de Taos and the highest mountain in New Mexico, is the center point for the Enchanted Circle drive. Most travelers drive the loop north from Taos, first passing through the Hondo Valley, home to the D.H. Lawrence memorial. Fascinating and historical towns dot the route: Questa, where woodworkers whittle and tinsmiths hammer; Red River, where travelers can get a taste of the Old West and, in the winter, ski and snowboard; and Elizabethtown, once a bustling gold mining enclave, now a ghost town. All roads, of course, lead back to Taos.

Of Colorado’s 26 byways, Los Caminos Antiguos offers a peek at some of Colorado’s earliest history (hence the name, which translates to “the ancient roads”). Spanish explorers settled in the San Luis Valley in the 16th century, founding some of Colorado’s earliest communities, including San Luis (a stop along the way). The route begins in the city of Alamosa, the gateway to Great Sand Dunes National Park and Preserve, and ends just over the Colorado border in Chama, New Mexico.

>> Next: The Best Places to See Fall Foliage in the U.S.

Bulgaria could be an attractive destination for refugees from the Middle East. Xenophobia means it isn't - Emerging Europe

Fri Sep 25 , 2020
A fire two weeks ago at the Greek Moria refugee camp left more than 13,000 people homeless and without access to basic necessities. Bulgaria is one of few EU countries that have so far agreed to host a small number of asylum seekers affected by the fire. During a phone […] 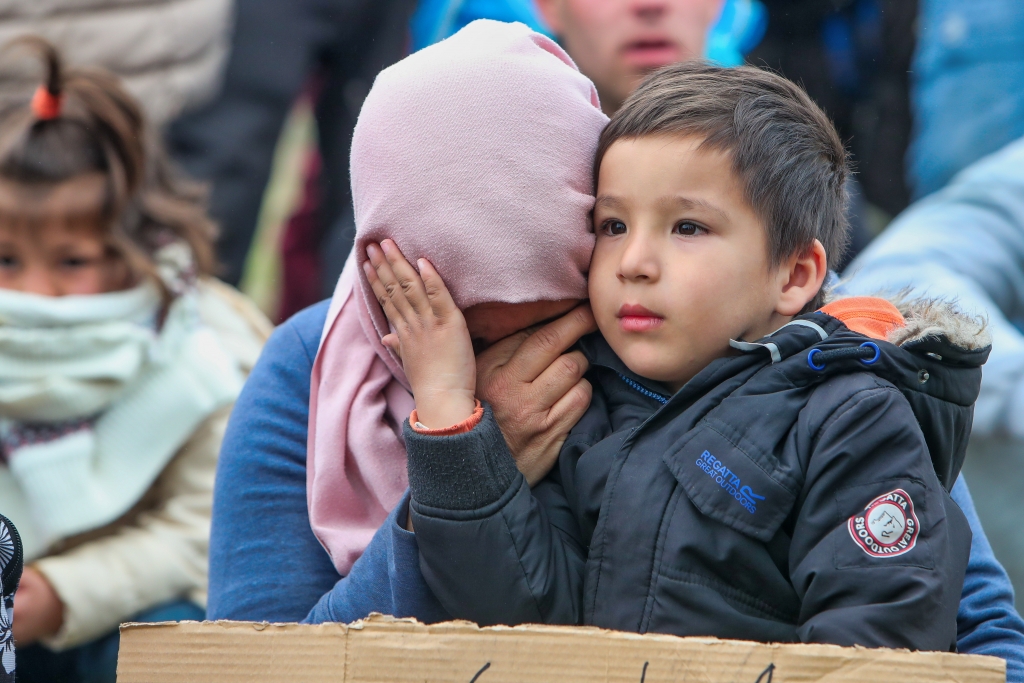