While it doesn’t exactly beat laying on the beach with a cocktail first-hand, there’s a certain voyeuristic pleasure we can take from watching other people do it in some holiday-themed movies. So, whether you’re looking for some inspiration for your next vacation, or just in the mood to live vicariously through characters, […]

While it doesn’t exactly beat laying on the beach with a cocktail first-hand, there’s a certain voyeuristic pleasure we can take from watching other people do it in some holiday-themed movies.

So, whether you’re looking for some inspiration for your next vacation, or just in the mood to live vicariously through characters, look to any one of these feel-good films that will scratch the itch (if not only for a moment).

One of the most iconic beach locations in film history is the Greek island that Sophie (Amanda Seyfried) and her mother (Meryl Streep) reside on in this family favourite musical.

Showcasing all the best of ABBA and the Greek islands, this one will definitely transport you to a dreamy Mediterranean getaway.

It’s rare that a film is both enjoyable, boundary-breaking and is as aesthetically-pleasing as Crazy Rich Asians.

Not only was it one of the first major Hollywood films to feature a majority Asian cast, but the fashion, food, and lavish lives of the Young family were a sight to behold. This one will have you checking out flights to Singapore.

This one is a no-brainer. Whether it’s Cameron Diaz’s trip to the U.K. or Kate Winslet’s stay in the U.S., this rom-com will definitely be inspiring some self-discovery-via-travel of your own.

If you’re looking to indulge in idyllic scenery, but without the fluff of romance and vacation shenanigans, then this classic psychological thriller may be for you. Set in Sicily, Italy, Matt Damon plays an ambitious (albeit, deeply troubled) young man who falls in love with the luxe lifestyle of Jude Law, and let’s just say that things get a little dark…

Starring an ageless Angela Basset, this classic holiday rom-com can resonate with all of you 9-5 workers who sometimes just need to let off a little steam.

Just as Stella shows us, sometimes all you really need is a trip to Jamaica and a little holiday romance.

Planning a wedding and dealing with the subsequent family drama is one thing, but Lauren (Miranda Tapsell) and Ned’s nuptials are put through the ringer when Lauren’s mother goes AWOL in the remote far north of Australia.

While trying to bring her mum back, we get to see some gorgeous scenery of the Northern Territory and it certainly inspires some exploration of our own backyard.

In this charming, heart-felt dramedy by Taika Waititi, young, rambunctious Ricky (Julian Dennison) is left stranded in the New Zealand wilderness with his reluctant, grouchy foster father Hector (Sam Neill). What ensues is a hilarious man-hunt, followed by some (very) emotional revelations.

Be prepared for every single one of your emotions to come boiling to the surface. Oh and the lush bush setting will definitely make you yearn for a New Zealand getaway.

In this memoir adaption, Mia Wasikowska stars as Robyn Davidson, a woman who spent nine months trekking across the Australian desert on camels with no one but her dog and, at one point, a photographer played by Adam Driver.

An inspiring journey, particularly for those yearning for a solo travel. The awe-inspiring scenery is enough to make the film but the grittiness may actually quash the travel bug for those that are more the ‘glamping’ type.

This one’s not just a trip abroad, but a trip back in time. In one of Audrey Hepburn’s most notable roles, she starred as a princess trying to enjoy a break while staying incognito. An American reporter (Gregory Peck) who discovers her identity, befriends her in order to get a scoop, but alas romance blossoms and we get a lot of stunning visuals of Rome in the process.

Ben Stiller stars as Walter Mitty, a chronic daydreamer working a desk job who finds himself tangled up in tracking down an allusive  photographer (Sean Penn) across the globe, and subsequently living out all his wildest travel fantasies. From Greenland to the Himalayas, the cinematography in this film is spectacular and definitely will scratch that travel itch (well, somewhat).

Owen Wilson, Jason Schwartzman and Adrien Brody star as a trio of brothers hoping to experience a spiritual awakening on a scenic train ride through India in this Wes Anderson film.

Quirky, feel-good, and a little emotional, this one is a great watch if you’re a fan of Eat, Pray, Love or just in the mood for some self-discovery, family drama and killer views.

An uncommon film destination, In Bruges showcases all the charms and wonders of the Belgian city all through the lens of two Irish hitmen (Collin Farrell and Brendan Gleeson) hiding out in the quaint tourist destination. It’s black comedy but we get some enjoyment from watching the two clash over how they like to enjoy the city, all while taking in the popular sights, famed architecture and historical pubs.

In this mystery comedy, Adam Sandler and Jennifer Aniston play a jaded married couple who are plunged into a high-stakes ‘whodunnit’ when they’re framed for the murder an elderly billionaire. The suspects are an all-star cast of colourful characters, each vying for their share of the enormous inheritance.

From the mega-yachts to the Monaco Grand Prix, the French Riviera setting is enough to give this funny (albeit, a little cheesy) rom-com a watch.

Hawaii is almost synonymous with the idea of a vacation-themed film. From The Descendants and Blue Crush, to the lighter watches like Aloha and 50 First Dates, the island state has a strong presence in Hollywood and this comedy is one holiday staple.

Starring Jason Segel, Kristen Bell, Russell Brand and Mila Kunis, this is the ultimate post-breakup film that will not only make you crave some resort time, but also may inspire you to pick yourself up after a rough time.

Another post-breakup trip sets the scene for this visually stunning film. Experiencing a bout of writer’s block and depression fresh after a divorce, 35-year-old Frances Mayes begins to change her life when she purchases an old, run-down home in Tuscany.

We recommend keeping some wine on-hand as the rolling vineyard footage and alfresco dinners will definitely have you reaching for the reds.

A group of elder British tourists, who have all landed in Jaipur with a mission, find themselves all intertwined and connected to a run-down hotel as well as its ambitious manager (Dev Patel).

Starring Dame Judi Dench, Maggie Smith, Bill Nighy and Tom Wilkinson, the film infuses a sense of hope and optimism, urging viewers to look at life a little differently, all while showcasing the bright and often overlooked parts of India.

This cult trilogy stars Ethan Hawke as Jesse, an American man travelling around Europe who meets Celine, a French woman played by Julie Delpy, just before he is supposed to return home to the States. As the two decide to spend his last remaining hours in Venice together, conversing all through the night about all topics, we see the beautiful city in a different, more intimate setting. A sweet, compelling, and thoughtful watch.

Tue Sep 29 , 2020
An ongoing pandemic and geotag-fueled over tourism are sparking innovation from today’s immersive travel guides. Tristan Hamm films a rock climbing ascent on a trip for his adventure company, Revived Outdoors. Revived Outdoors Tristan Hamm sat on the coast of Oregon around a pulsing, orange campfire. The rhythmic sounds of […] 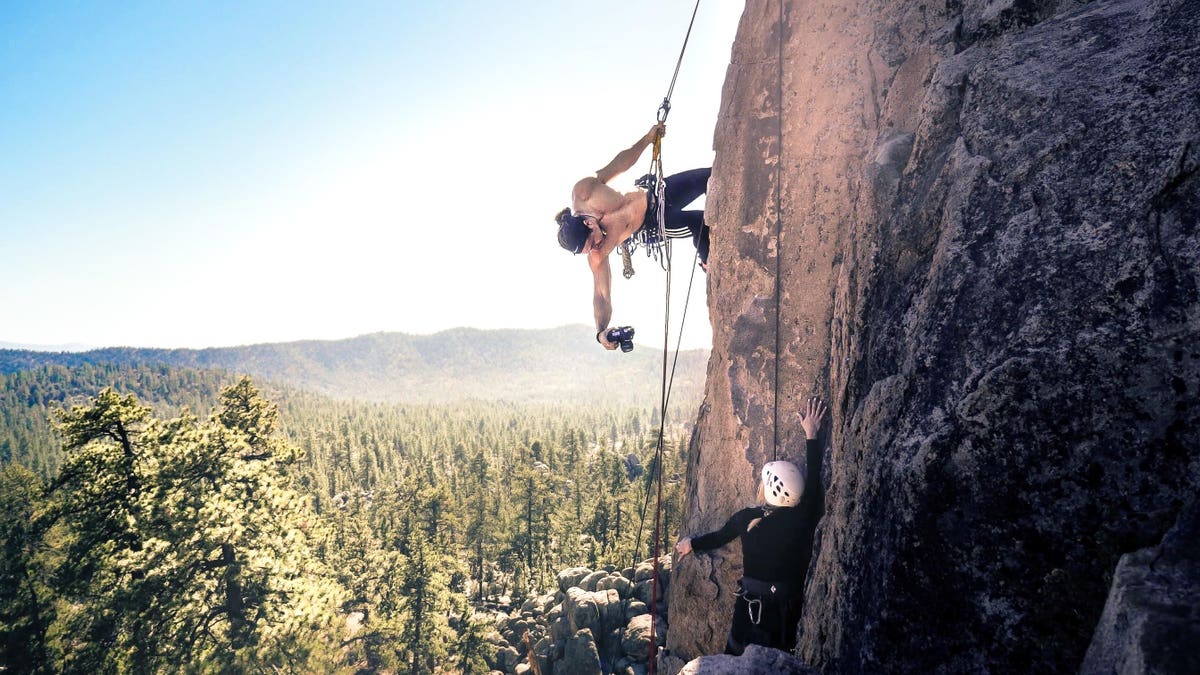