While it might be in the doldrums now, the travel industry will return. And when it does, expect it to return with a vengeance.

To say there is pent-up demand for travel right now is an understatement. Six months into pandemic imposed lock downs and shelter-in-place orders and a good deal of Americans are going stir crazy. At the end of April, 67% (two-thirds) of people polled in a survey by market research consultancy Longwoods International said they planned to alter or cancel their travel plans over the next six months because of the novel coronavirus pandemic. Air travel bookings are down 90% year-over-year.

This has been devastating to the entire travel sector. Roughly eight million (26%) of the estimated 30 million jobs lost in the United States this year have been in the travel industry, according to an April study by the research firm Tourism Economics, which has said that the pandemic’s economic toll has been nine times worse than the 9/11 terrorist attacks.

However, travel and tourism are widely expected to roar back once there is a vaccine against Covid-19. In fact, the media has already coined the term “revenge travel” to describe the wave of tourism that is expected to sweep the U.S. once all the pent-up vacation demand is let loose and people splurge on big trips they were forced to put on hold during the pandemic. Here we look at seven travel stocks that investors should consider for when people start vacationing again:

If there is one airline stock that will, for sure, benefit from a surge in vacation travel it is Southwest Airlines, the world’s largest low-cost carrier. In early September, Morgan Stanley analyst Ravi Shanker issued a forecast that said airline stocks should rally an average of 30% over the next year, with Southwest Airlines offering the best risk/reward for investors.

In fact, Shanker rated Southwest as his top airline stock, assigning it an “overweight” rating and a $54 price target. LUV stock currently trades at just under $40 per share. Airlines such as Southwest that are most exposed to leisure and tourism markets should see demand return first and perform best over the next year, according to the Morgan Stanley report.

And Southwest Airlines seems to be gearing up for revenge tourism to go into full swing. The carrier announced on Sept. 3 that it is initiating year-round flights to the vacation hot spots of Palm Springs, California and Miami, Florida. The company is also offering a number of discounts and incentives to would-be travellers now through 2021, including flights to Hawaii for $99 one-way, plus 6,864 “Rapid Rewards” points each way. Southwest Airlines is not only positioning itself for a rebound in tourism, it is leading the charge. 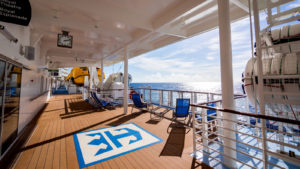 Another company whose stock will likely improve with the return of tourism is Royal Caribbean Cruises, the largest cruise line company by revenue in the world. The company controls 20% (one-fifth) of the global cruise market. And people who like cruises tend to love them and go on them repeatedly.

Royal Caribbean currently has nearly 20 million members in its loyalty program. RCL stock jumped in August after the company announced what it called “remarkable” bookings for its international cruises in 2021, noting that 60% of bookings are for entirely new cruises rather than rescheduled ones from this year.

Shares of Royal Caribbean have recovered nicely from a low of $19.25 a share in March, rising 240% to just over $65 a share today. However, RCL stock still remains at about half its 52-week high of $135.32 a share that it was trading at before the pandemic left cruise ships sitting idle in ports around the world. With a vaccine against Covid-19 expected within the first half of 2021, it won’t be long before Royal Caribbean’s fleet sets sail again and its share price moves higher. In the meantime, the company has plenty of cash on hand to weather the downturn in travel. The company ended its most recent quarter with about $4.1 billion in liquidity, having raised $6.5 billion in debt since the global pandemic began.

Casinos are a major part of the U.S. tourism industry, generating more than $40 billion a year in revenue. And MGM Resorts, which owns hotel and casino properties in Las Vegas, Michigan, New York, New Jersey, Mississippi and Maryland is sure to rebound with the tourism and travel industries.

The company is already seeing a recovery as sports betting returns with the resumption of professional football, basketball, baseball and hockey leagues. And the company continues to reopen its properties around the U.S. and overseas in markets such as China.

Looking ahead to 2021, MGM Resorts expects to resume many of the live shows at its casinos and resorts that draw big crowds, including shows by Cirque du Soleil, singers such as Wayne Newton and stand-up comedians such as Sebastian Maniscalco. These live entertainments should help to attract tourists and drive increased traffic in the New Year. MGM stock has more than tripled to $22 since its March lows. But it still remains well below its 52-week high of $34.64 a share. How quickly the share price returns to its peak will depend on how quickly travel resumes once a Covid-19 vaccine is widely available. 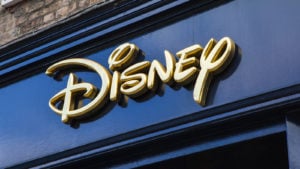 We’ll all be in a better place when we can safely bring our kids back to Walt Disney’s theme parks. Not that we can’t already. Disney has already reopened its parks in California and Florida, as well as in other parts of the word. However, the experience of visiting the Magic Kingdom during a pandemic is not quite the same.

The various precautions and protocols put in place to keep people safe have both limited the number of people who can visit the theme parks and put a damper on the fun. Disney’s parks, experiences and products business category — which includes theme parks and resorts around the world — saw an 85% year-over-year decline in the most recent quarter and was the worst-performing category of Disney’s four business units.

However, Disney sees brighter days ahead. The company said in early September that it plans to reopen half of its 53 hotels and resorts by the end of this year, and forecasts increased visits to its theme parks heading into 2021. Disney also operates its own cruise line, which should also get a boost when travel and tourism resumes. DIS stock has risen nearly 50% from its March bottom to right around $130 a share today. A lot of the growth has been driven by the company’s successful Disney+ streaming service, which has proved popular as families shelter-in-place. However, the theme parks, resorts, hotels and cruises should play a bigger role in Walt Disney’s performance once the pandemic is behind us.

The popular American Express slogan, “don’t leave home without it,” doesn’t really apply when people never leave their homes. However, American Express is sure to rebound once travel returns to pre-pandemic levels. And not just leisure and tourism travel, but business travel too. After all, American Express remains the No. 1 credit card issued by companies to their employees and it is used to book travel for business meetings, conventions and corporate events around the world.

American Express is cautiously preparing for the resumption of travel. On Sept. 16, the company announced that it will reopen its popular “Centurion Lounges” at airports in Seattle and Philadelphia on Oct. 5 in a phased approach. If all goes well, the company hopes to reopen more airport lounges leading into 2021.

Like a lot of financial companies, American Express has struggled this year. While AXP stock has risen 50% from March to $103.44 a share, it remains well off its 52-week high of $138.13. Going forward, the stock should rise with the U.S. economy and as travel returns in earnest. Another benefit of American Express stock is that it pays a dividend. While not the biggest dividend at a 1.7% yield, the 43 cent quarterly payout is decent and secure. While many U.S. banks and credit card companies such as Wells Fargo (NYSE:WFC) and Capital One (NYSE:COF) slashed their dividends amid the pandemic, American Express has made sure to maintain its quarterly payout to shareholders. Membership really does have its privileges. 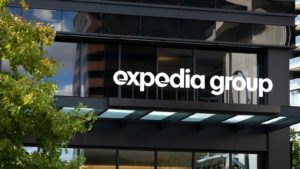 Look no further than Expedia for a pure travel play. The online travel shopping company is focused exclusively on consumer and small business travel. And its share price has been improving in recent months as expectations for revenge travel grow. EXPE stock has more than doubled to $93.80 a share since March. And the company is already benefitting as travel slowly starts to gather steam.

To be sure, the company is not taking things lying down. In the last six months, the company has consolidated its brands, moved operations to the cloud and reduced its dependence on performance marketing such as Google searches in favor of more direct to consumer relationships via its own apps and reward programs.

The company estimates that it has achieved $500 million in cost savings during the pandemic. The changes have resulted in a leaner, meaner Expedia that is ready to capitalize on the return of travel and tourism. And EXPE stock looks relatively cheap at its current price considering that it is still 33% below its 52-week high of $139.88 a share. As Americans begin searching for vacation destinations again, you can expect them to turn to Expedia and for the company’s revenues and share price to trend higher in the process.

Last but certainly not least is Marriott International, the world’s largest hotel chain. Covid-19 has been extremely hard of Marriott’s business. Hotel occupancy rates in the U.S. stood at 37.6% in the second quarter of this year, according to lodging consultant Amadeus Hospitality data. That means that more than 60% of hotel rooms remained vacant during the period.

However, Marriott International has responded to the downturn and continues to adapt in innovative ways. Notably, the hotel proprietor has launched a new competitor to Airbnb called “Marriott Homes & Villas,” which is a luxury property rental service that provides customers with a private residence rather than a hotel room.

Although it was launched in 2019 shortly before the global pandemic, Marriott Homes & Villas has proven to be quite successful, with bookings up by 700% over last summer and revenue up by more than 800%. Since the launch, the number of properties on the Marriott platform has grown five fold from about 2,000 to more than 10,000.

Marriott has also continued to expand and open new properties around the world despite the global pandemic. Once Covid-19 subsides and travel returns, Marriott should perform well. The company’s stock has just about doubled since its March lows and is now trading at just under $90 a share. It should continue to strengthen as tourists book more vacations in the coming months.

On the date of publication, Joel Baglole held shares of DIS.

Joel Baglole has been a business journalist for 20 years. He spent five years as a staff reporter at The Wall Street Journal, and has also written for The Washington Post and Toronto Star newspapers, as well as financial websites such as The Motley Fool and Investopedia.

The post 7 Travel Stocks to Buy Ahead of Renewed Demand in Tourism appeared first on InvestorPlace.