(TAP – Interviewed by Semia Boukhatem) – 98% of travel agencies operating in Tunisia are threatened with bankruptcy by the end of October 2020 if the financial support measures taken by the government in favour of the sector since the beginning of the health crisis of COVID-19 are not implemented, […]

(TAP – Interviewed by Semia Boukhatem) – 98% of travel agencies operating in Tunisia are threatened with bankruptcy by the end of October 2020 if the financial support measures taken by the government in favour of the sector since the beginning of the health crisis of COVID-19 are not implemented, said Jabeur Ben Attouch, President of the Tunisian Federation of Travel Agencies (French: FTAV), in an interview with TAP.

The official warned against the collapse of an activity, which has more than 1,300 travel agencies and nearly 20 thousand direct and indirect jobs, pointing out that 28% of agents working in this sector have already been dismissed, after the general lockdown.

Referring to a study that has been carried out by the FTAV, Ben Attouch said that 80% of travel agencies asserted they can no longer withstand this crisis and honour their financial commitments beyond September.

98% of travel agencies indicated that they will be threatened with bankruptcy if the State does not intervene, by activating the measure relating to the establishment of a credit line of 500 million dinars (MD), meant to enable hotels and tourist establishments affected by the pandemic of COVID-19, to pay the salaries of their employees.

“To date, no credit has been granted to any of our agencies,” he noted, pointing out that only 50 agencies have received the agreement in principle from banks, out of a total of 268 agencies that have registered on the platform “entreprise.finances.gov.tn” to benefit from these credits.

“The problem consists in the fact that the agreement, relating to this credit line, signed by the Ministry of Finance and the Tunisian Guarantee Company (Sotugar), has been rejected by the banks, which demand the modification of a number of clauses,” explained the FTAV president.

He added that “the strangest thing in this whole affair is that these same banks represent more than 60% of the shareholders of Sotugar, which has already signed the agreement, which makes us wonder about the seriousness of these measures”.

Ben Attouch called on the government to intervene to activate this credit line, which will help save the Tunisian tourist industry.

As for the 200 D bonus, granted to employees during the period of general lockdown, the official said that only 29% of travel agency employees received the said bonus for April and just 2.5% of them received it for May.

He also announced that the financial difficulties of travel agencies will worsen further, as they will no longer be able to honour their commitments to leasing companies, in terms of financing for the acquisition of means of transport in 2019.

In this context, Ben Attouch has called on the government to intervene with the banks to extend the deadlines for leasing, and also for various charges (taxes, social security fund (CNSS), bank credits …), until December 2021.

He also proposed the reopening of the platform “entreprise.finances.gov.tn”, to allow a maximum of travel agencies to obtain credits and accelerate the processing of pending applications, as well as the procedures for granting these credits, recommending that employees who reach the age of 55 benefit from the mechanism of early retirement and to find formulas with insurance companies for the payment of the professional multi-risk insurance premium for 2021 (amnesty or staggered payment).

Finally, the president of the FTAV said that the Federation is studying, these last days, the elaboration of a project establishing a better cohabitation between tourism and the COVID-19 virus.

This project, which will be presented to the International Air Transport Association (IATA), the World Health Organization (WHO) and the World Tourism Organization (UNWTO), aims at allowing the travel agency to recover its role of “guarantor and guardian” of this cohabitation, and this, starting from the observation that the recorded cases of contamination were the result of unassisted and unaccompanied tourism.

“In Tunisia, we have not recorded any cases of infection among tourists who entered in the context of trips organised by travel agencies,” he said.

The official finally urged the government to support professionals in this sector so that they can ensure the sustainability of their activity and support efforts to fight against the spread of coronavirus.

Mesa teen arrested after fatal crash while suspected of impairment

Sat Sep 26 , 2020
Police arrested an 18-year-old man who was suspected of being severely impaired when his vehicle collided into another vehicle in Mesa on Saturday, Sept. 19, killing the driver, according to authorities. © The Republic Traffic fatality Witnesses told investigators in the moments leading up to the crash that a man, later […] 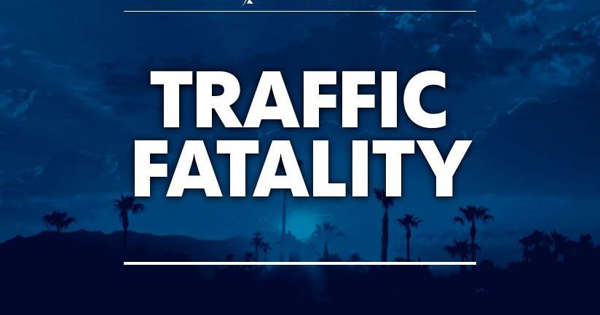