There’s a shop in Belleville, Illinois, called Mike Bach Auto Body. Mike is the owner and his son, Jeremy, is a bodyman and sheetmetal fabricator. During working hours, they use their talent doing collision repair jobs for unlucky drivers. In their free time, they put their skills to use building […]

There’s a shop in Belleville, Illinois, called Mike Bach Auto Body. Mike is the owner and his son, Jeremy, is a bodyman and sheetmetal fabricator. During working hours, they use their talent doing collision repair jobs for unlucky drivers. In their free time, they put their skills to use building hot rods for themselves.

We’ve been telling you about the Bachs’ creations for years. Mike’s 1931 Plymouth roadster was a STREET RODDER Top 100 award winner in 2013 (1931 Plymouth Roadster) and his 1937 Dodge woodie was featured in these pages in 2008 (1937 Dodge Woodie). Jeremy’s wild black 1933 Dodge pickup was featured in our sister magazine Custom Classic Trucks in 2005.

Jeremy was only 20 years old when he built the Dodge, but he’s been going to car shows with his family since he was a kid, has had tools in his hands since he was 12 or 13, and rebuilt a 1957 Chevy 210 with his dad when he was in high school.

When he bought this 1956 Pontiac Chieftain, Jeremy wasn’t planning to keep it long. “I saw the car posted on a friend’s Facebook page,” he told us. “It was at his uncle’s salvage yard. It was extremely solid for our part of the country, with little rust and very complete—pretty nice considering the $3,500 price tag. I bought the car with the intention of reselling it, but, as with many builders, I got bored and wanted to start a new project.” Jeremy sold his 1959 El Camino and used the money to start building the Pontiac.

Exceptional bodywork is what you’d expect when the owner/builder is a pro metalshaper—and that’s what you’ll find on Jeremy’s Pontiac, inside and out. “There wasn’t much rust in the car, which allowed me to spend more time doing custom sheetmetal work under the hood,” he says. “It was easier to build and fab a new firewall than to patch the million holes in the stock one. At that point I figured I might as well smooth the body mounts too. After the front wheels were mocked up, I found out that the stock inner fenders were not going to clear with the lowered stance, leading to building new inner fenders with hidden mounting hardware. The stock core support for the radiator didn’t match any of the new sheetmetal, so it was cut apart and new sections were bead rolled and fabbed in place.”

Emblems were shaved from the fenders, hood, and decklid—and the trim pieces were removed from the rear quarter “spears.” The cowl vent was filled, factory seams welded and smoothed, and the doors, hood, fenders, and trunklid were gapped. Jeremy eliminated the backup lights, incorporated the turn signals into the taillights, which were upgraded with LED lights behind the stock lenses. The front turn signals were converted to driving lights. Auto City Classics provided the tinted glass and Gateway Plating handling the chrome.

Paul Rogers, Jimmy Brocco, and Mike Schmierbach helped with body prep prior to paint. Jeremy’s original plan was to give the car a quick finish using flat paint. “Being a bodyman, I couldn’t let that go,” he says, “so the car was blasted and bodyworked end to end with the plan of a flat blue and gloss white color combo. As Paul and Jimmy were blocking the primer, they convinced me to go gloss with the exterior.” Ultimately, he decided on a combination of Ford Thunderbird white and a custom-mixed blue. Rick Monte at Mike Bach Auto Body did the spraying, using Spies Hecker paint.

Mike Bach helped Jeremy with the chassiswork. They kept the stock frame but cut off the front suspension and replaced it with the front end from a 1987 El Camino, along with 2-inch dropped spindles from an S-10 pickup. Steering was improved by upgrading from the factory box to a front steer power rack out of a Mustang II. Air Lift springs and Monroe shocks at all corners help smooth out the ride. Jeremy built the triangulated four-link used to locate the 1999 Ford Explorer rearend running a 3.73:1 ring-and-pinion and a limited-slip differential. The rear axle was custom built by Collins Brothers.

The C6 Corvette brakes with 13.5-inch rotors in front and 12.5-inch discs in the rear are plumbed to a Wilwood master cylinder (Roger Hausmann machined the custom lid to match the valve covers). The rest of the system includes the 8-inch dual diaphragm booster, Speedway Motors proportioning valve, and 1955 Chevy pedal assembly. Raceline Desperado wheels with knockoff caps were painted to match the body. The 20×9 and 20×8.5 wheels roll on 255/45ZR20 and 245/35ZR20 Hankook Ventus Evo2 tires.

Climbing into the Chieftain is like sliding into the ’50s. Bruce Haege at Haeges Upholstery in Belleville used 1957 Buick fabric and black leather to cover the factory split-back bench. The same fabric plus 1955 Chevy armrests were used for the custom door panels. The Pontiac gauges were reconditioned; an Equus voltmeter and pressure gauges for the airbags are hidden behind the center glovebox door. The only visible modern components are the ididit tilt shifter column (with a stock steering wheel) and the Alpine head unit and Boston Acoustics speakers installed by Todd Honer. The vintage FrigiKing MagneTouch underdash air conditioner is a great ’50s-era accessory.

The car that was originally intended as a quick rebuild and resell was finished after 2 1/2 years—or 2,300 hours—of night and weekend work. Since then, Jeremy has entered his 1956 Chieftain in numerous show in Texas and earned numerous awards. As for driving it, Jeremy’s been doing that, too. In 2017, he completed the 1,300-mile Long Haul on the Hot Rod Power Tour. Now the story comes full circle. Remember the 1959 El Camino Jeremy sold to build the Pontiac? He just bought it back.

Pence And Biden Tested Negative For Covid-19; Here’s Why They’re Still At Risk 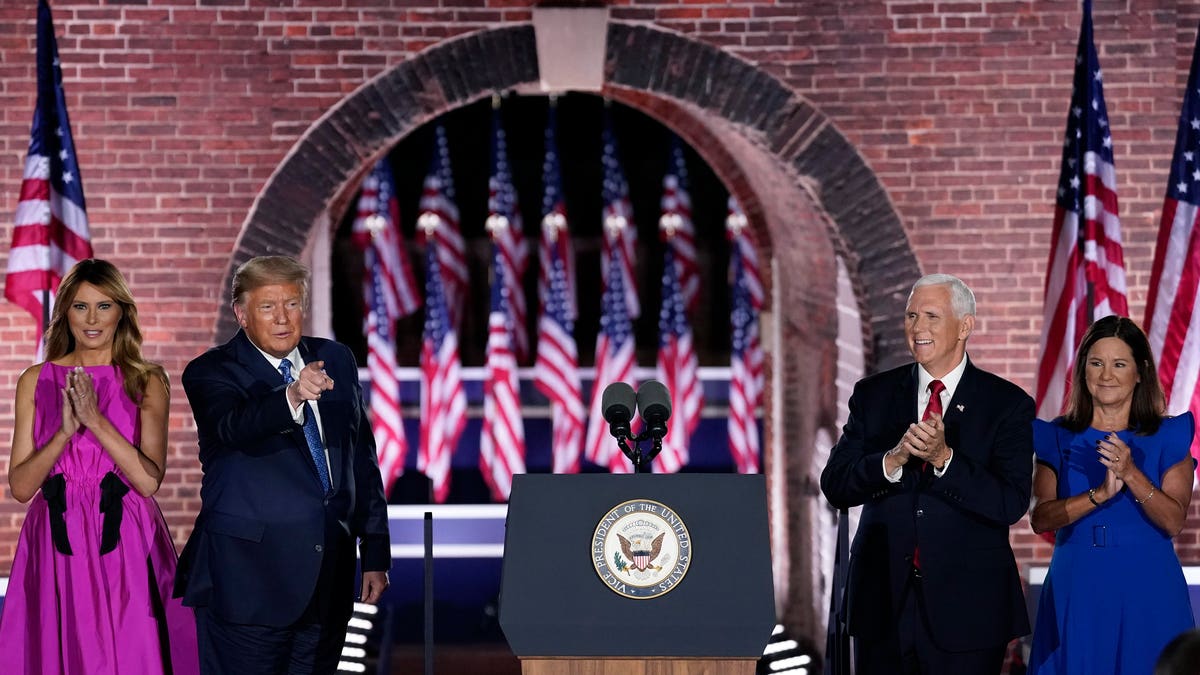