Talbott, who oversees the Fifth Judicial Drug Task Force, an anti-drug unit made up of law enforcement personnel from local agencies, is working to battle illegal drug use in Blount County. It’s a nonstop job.

“We’re trying to keep our noses to the ground and trying to stay abreast of the issue,” Talbott told The Daily Times. “Because our biggest fear is if we ever let up or if we ever stop or slow down or limit it, then our community issues will become worse than what they actually are.”

The task force, as well as local citizens, are fighting back against drug and substance abuse amid a year that has, for many people, been anything but easy. It’s included the stressors of a pandemic, economic anxiety and other factors.

In a September press release, BCSO Sheriff James Berrong said the office has already worked more overdoses and overdose deaths this year than the total number of cases in 2019. Deputies also have surpassed the total doses of overdose-reversing drug Narcan from last year.

“Overdoses and overdose deaths are up substantially in 2020,” Berrong said in the release. “Our narcotics investigators are continually working to stay one step ahead of those funneling illicit drugs into our community, but the sheer amount of illegal substances, mainly heroin and methamphetamine, entering the United States and East Tennessee and the number of people dealing drugs continues to climb.

“It is a daunting task and frustrating for law enforcement. We will continue our fight to keep illegal drugs out of Blount County, but we need the help of our citizens,” Berrong said.

The United States as a whole has seen such a trend, too.

In July, The Washington Post reported that suspected overdoses nationally rose 18% in March, 29% in April and 42% in May compared to 2019, citing the Overdose Detection Mapping Application Program, and The New York Times reported that deaths due to drugs have risen an average of 13% this year from 2019.

Those numbers could feature repeat offenders, which can contribute to a rise in numbers, Talbott said. By the time cases are prosecuted and adjudicated, suspects may be charged with other offenses during that gap.

Recent task force investigations have led to multiple arrests on charges involving heroin, a major overdose drug, and meth. Berrong and Maryville Police Chief Tony Crisp said in a press release that the task force is “placing an emphasis on” heroin distribution.

“But … there has been an influx of heroin, not only in our community, but in our surrounding communities. It comes in from obviously out of state, but unfortunately, it’s almost as if East Tennessee’s become a destination area,” Rogers said.

And it’s not just law enforcement that is working to stop area substance abuse. Be Aware Blount — a volunteer antidrug coalition dedicated to reducing and preventing local drug abuse and youth alcohol and tobacco use — focuses on the education aspect of prevention, while officers and deputies deal more with enforcement.

Among its programs, Be Aware Blount even partners with the task force for a biannual Drug Take-Back Day. This year’s edition is set for Oct. 24 from 10 a.m. to 2 p.m. The event usually results in about 700 pounds of prescription drugs collected, said Amanda Ingle-Lenski, grant coordinator at Be Aware Blount.

Ingle-Lenski and the coalition remains concerned about those in recovery who haven’t had access to in-person recovery groups due to COVID-19. The coalition has tried to promote virtual experiences for those hoping to stay sober.

“We’ve been worried about how isolated people have been because they don’t have the normal support systems around them,” Ingle-Lenski said.

Virus restrictions have affected the task force, too. Talbott said it’s been harder for investigators to actually get out and handle cases; they’ve also faced extra downtime due to scheduling changes, plus the extra headaches of illnesses.

The task force has worked to “stay on target,” though, in dealing with citizen and community complaints and participating in joint investigations with outside agencies, including the FBI, DEA, TBI and the Bureau of Alcohol, Tobacco, Firearms and Explosives.

The task force’s mission, just as Be Aware Blount’s, is normal in a year that’s been anything but: focus on the most potent issues while working to battle local drug abuse overall.

“(Heroin and meth) are part of the whole pie,” said Talbott, the task force head. “We do focus on all illegal substances, but yes, we do try to stay more focused on the ones that are most dangerous or we’re having the most issues out of, and obviously those are methamphetamine and heroin.”

Prime Day Highlights Why October Is the New November

Wed Oct 14 , 2020
It’s beginning to look a lot like … Photo: Alexi Rosenfeld/Getty Images Last November, I wrote about Black Friday creep, in which the term “Black Friday” becomes detached from its original meaning — one-day sales on the day after Thanksgiving — to refer to any invitation to bargain shop in the […] 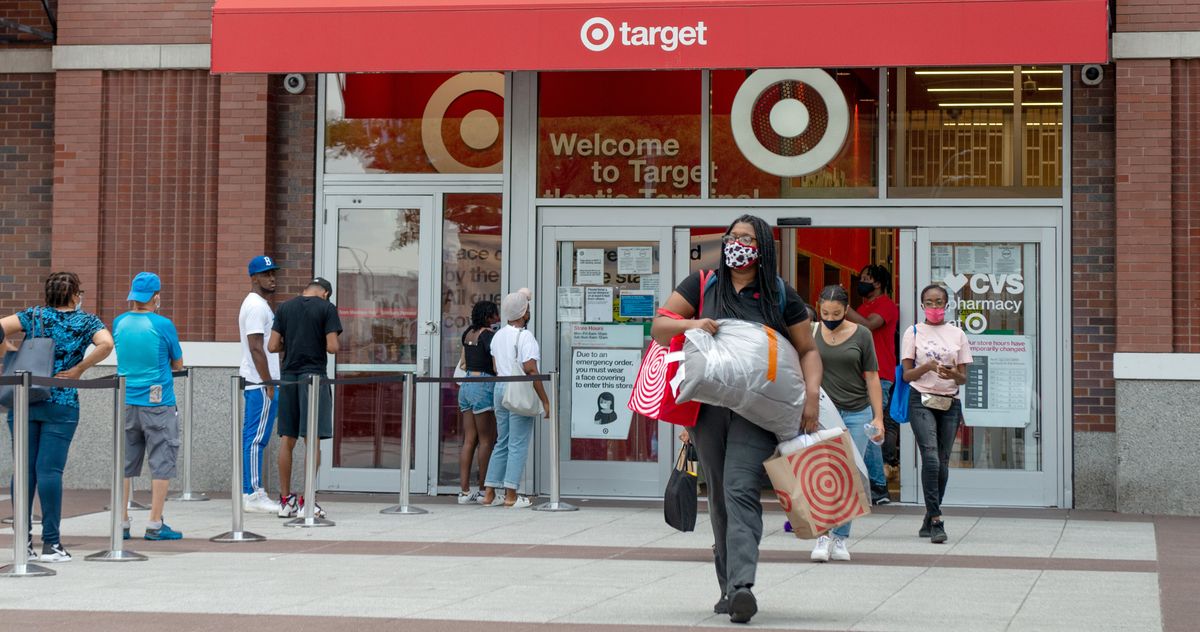