This year has been such an anomaly, it wouldn’t be entirely surprising if dinosaurs suddenly started roaming the earth again. That’s sort of what’s happening in Foxborough over the next three weeks, if you are willing to suspend disbelief.

FOXBOROUGH — This year has been such an anomaly, it wouldn’t be entirely surprising if dinosaurs suddenly started roaming the earth again.

That’s sort of what’s happening in Foxborough over the next three weeks, if you are willing to suspend disbelief for an hour or so.

Now running Wednesday through Sunday until Sept. 27, visitors to Gillette Stadium can drive among a herd of dinosaurs haling from the Cretaceous, Jurassic and Triassic Periods. Dinosaurs can be seen grazing on the property across Rte. 1 from Gillette Stadium, including a Tyrannosaurus Rex, a Velociraptor and a Brontosaurus. Tours began on Sept. 4.

It is all part of the Jurassic Quest drive-thru experience Gillette Stadium and Kraft Sports + Entertainment is hosting this month. The event has proven to be so popular that a fourth week of dates was added on Sept. 11, the second extension of the show at Gillette.

“Jurassic Quest is the first event of its kind we’ve hosted, and we look forward to welcoming guests to this safe, educational and family-friendly experience,” said Julia Pagliarulo, a spokeswoman for the Kraft organization.

Jurassic Quest, which in normal times brings its dinosaurs to convention centers and arenas where tourists can walk among the titans of ancient earth, has catered the adventure to fit the social distancing requirements of the COVID-19 pandemic.

Under COVID-19 conditions, “we put the dinosaurs back in their habitat,” said Dustin Baker, a Jurassic Quest PR specialist, talking over the phone on Thursday. “Actually, it’s a really cool experience to see the dinosaurs and see the trees and sky.”

In the drive-thru version of the prehistoric safari, “Jurassic Quest’s herd of animatronic dinos are displayed in realistic scenes that allow guests to experience them roaring and moving from their own vehicles as they drive their way through the tour,” Jurassic Quest rangers note on the event’s website.

The tour includes more than 70 dinosaurs, from small to gargantuan. All of the major dinosaur eras are represented, Baker said, “plus we also have a new portion of the exhibit which is aquatic reptiles” that are not technically considered dinosaurs but are equally as interesting prehistoric creatures, including a megalodon — a colossal ancestor of modern sharks.

There are also baby dinosaurs to see, carried around in the arms of Jurassic Quest park rangers for visitors to enjoy through their car windows. Additionally, a dino doctor is available during the tour for visitors to text their dinosaur questions to.

During the drive-thru experience, guests are guided by a digital audio tour featuring dino park rangers and wranglers.

All of the dinosaurs are life-sized, created in collaboration with paleontologists based on the details offered up by the fossil record.

“Whether their prehistoric counterpart had skin that was scaly, had feathers or fur, Jurassic Quest has spared no expense in bringing the dinosaurs to life,” the rangers note.

Jurassic Quest was conceived in 2013 and eventually brought to realization by Dan and Leticia Arnold and their family of Spring, Texas. It is now touted as the largest immersive, animatronic dinosaur experience in North America.

“It was a family that just loved dinosaurs and thought, ‘whoah, wouldn’t it be cool to have an immersive experience?'” said Baker, because most of the time when people visit museums, it’s the articulated skeletons that are on display, along with diorama scenes featuring smaller replicas of the animals.

Baker said it’s one thing to view dinosaur bones and replicas in a museum, “it’s another thing to actually feel like you’re looking at the animal in real life.”

Pagliarulo said the dinosaur herd is set up in Parking Lot P10, across Rte. 1 from the stadium.

“The experience takes approximately 70 to 90 minutes, and guests will drive through the different exhibits accompanied by an educational and fun audio tour,” she said via email.

The drive-thru Jurassic Quest at Gillette Stadium, 1 Patriot Place, Foxborough, will be open 9 a.m.-8 p.m. on Wednesdays through Sundays until Sept. 27. There are no tours on Mondays and Tuesdays.

Tickets are available online only at JurassicQuest.com/events/drive-thru-boston — there will be no tickets available at the gate. Guests can purchase drive-thru tickets for an assigned time slot for $49 per vehicle, and $80 for passenger vehicles that seat 9-15 people. Motorcycles and similar vehicles are not permitted at Jurassic Quest.

Jurassic Quest and Gillette Stadium staff will be on-hand to ensure all proper social distancing guidelines are being followed.

Thu Sep 24 , 2020
BATON ROUGE – Baton Rouge General is hosting its annual ‘Mammos & Mimosas’ event that combines mammograms with brunch and bubbly.  The event will take place on Saturday, Oct. 17, from 9 a.m. to noon at BRG’s Bluebonnet Blvd. campus. It is open to women 40 years of age or […] 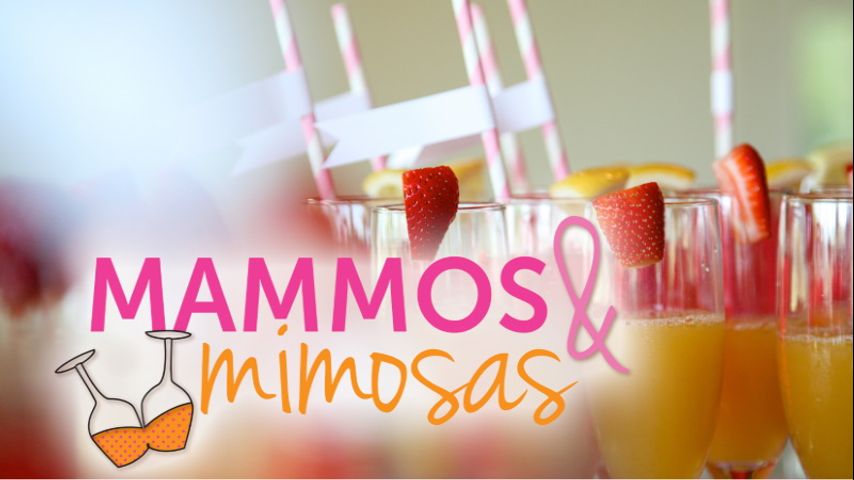