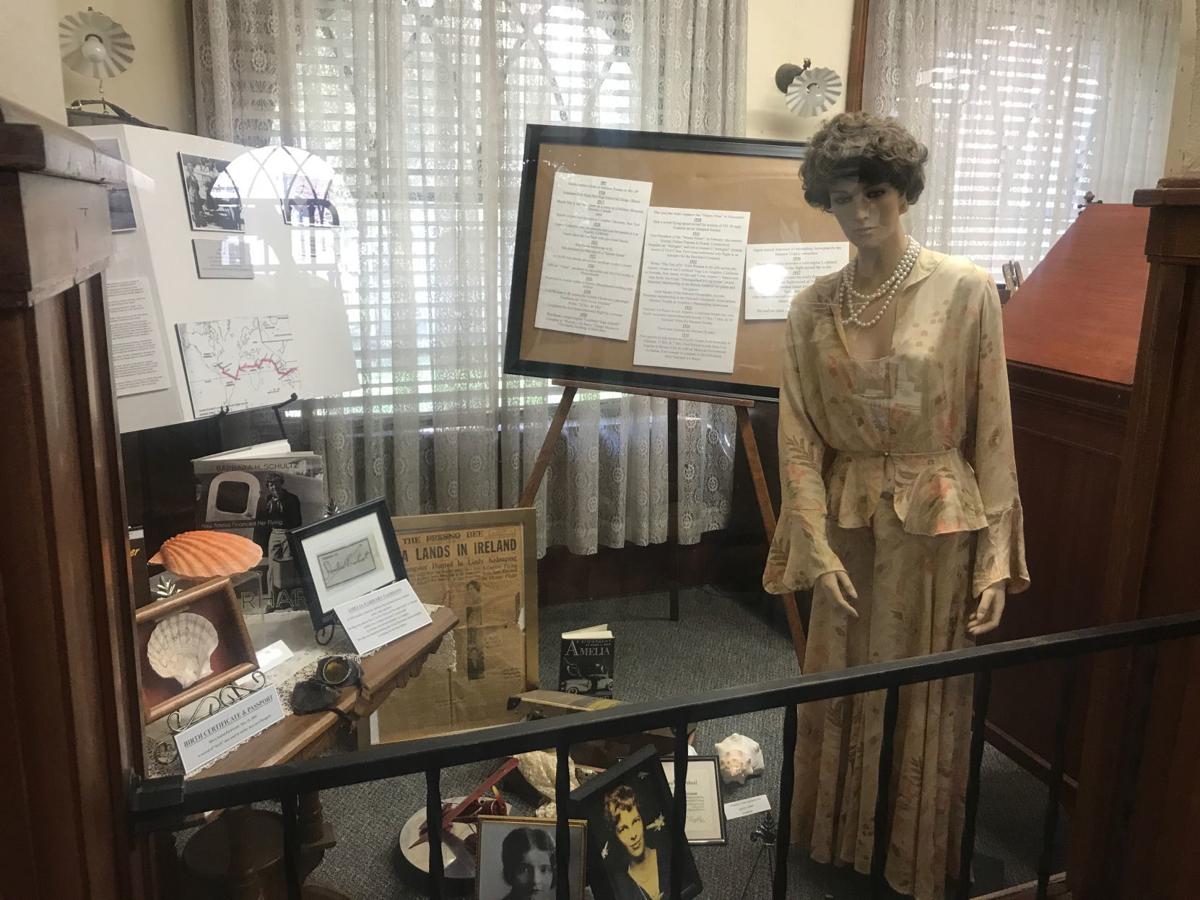 An exhibit dedicated to Amelia Earhart on display at the Hanford Carnegie Museum. 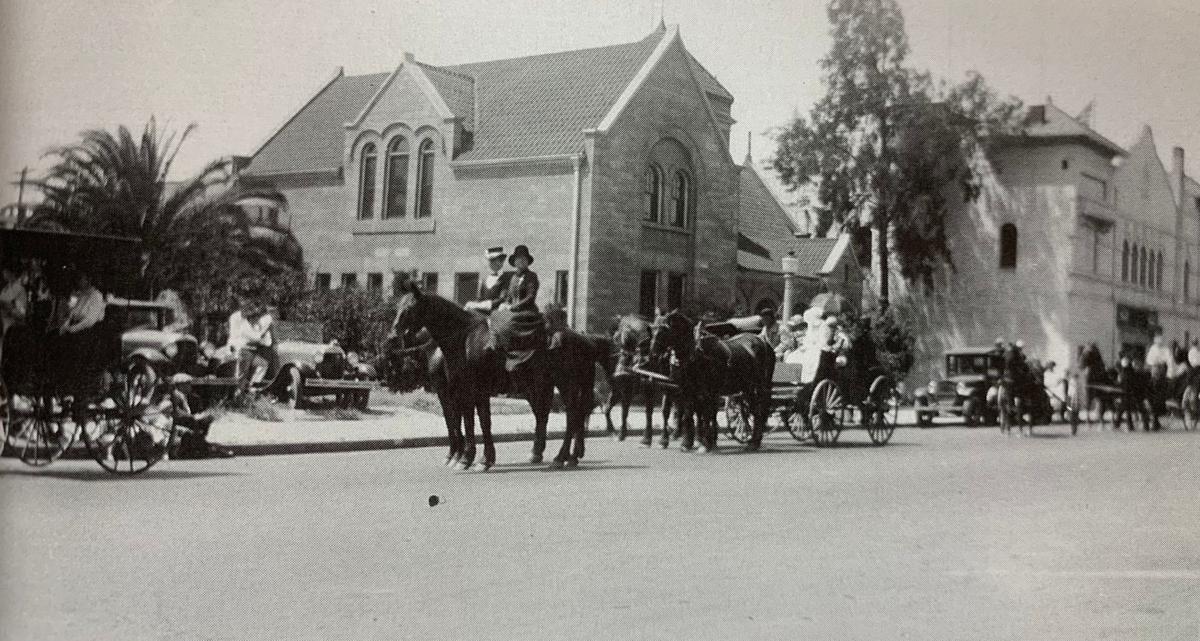 This photo from 1928 shows the Homecoming Parade as it makes its way past the Carnegie Library in Hanford. 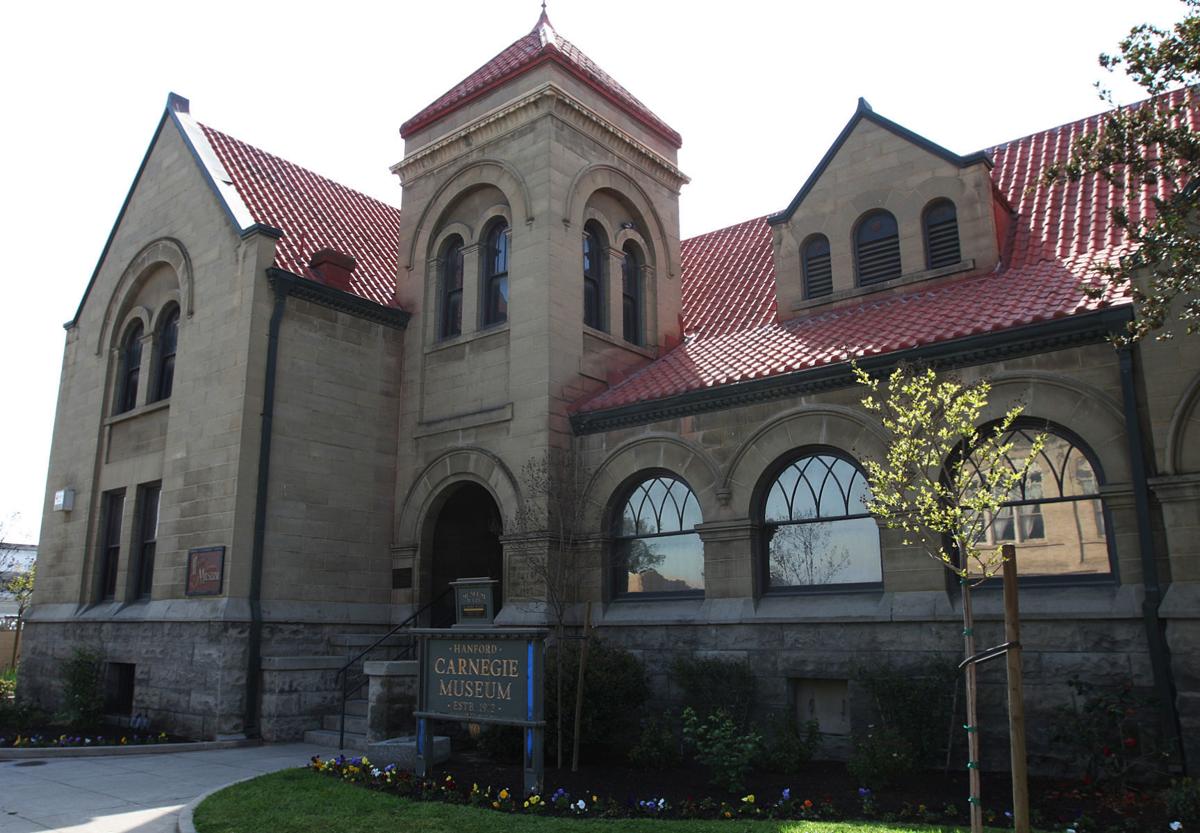 The Carnegie Museum in downtown Hanford.

The idea for the Hanford library was formed in 1890 when a Free Reading Room Association was organized by a handful of women in the community of Hanford.

In rented quarters on Seventh Street, the association collected donations, gave concerts and bazaars to maintain the reading room.

The library continued to expand in rented buildings and in September 1902 an application for funds with which to build a library was made to Andrew Carnegie, a Scottish immigrant who had become a famed industrialist. Carnegie was showing his gratitude for the millions he made in this country by funding libraries throughout the nation.

The initial request was for $15,000 and Carnegie offered $10,000. The board argued that the amount would be insufficient and a compromise was reached at $12,500.

A Sentinel article at the time said the event “was very interesting and everyone went away feeling that they had witnessed an unusually important happening in the history of the city and the growth of the library.”

Most libraries built with Carnegie money in the $10,000 range were of wood frame construction and have subsequently burned.

The Hanford project, having an additional $2,500 was able to be built with concrete blocks and pressed metal, imitating clay tiles, covering the cross gabled roof. These upgraded features gave it more durability.

The building served as Hanford’s public library until 1968, when a new library building was constructed, and was then used for storage.