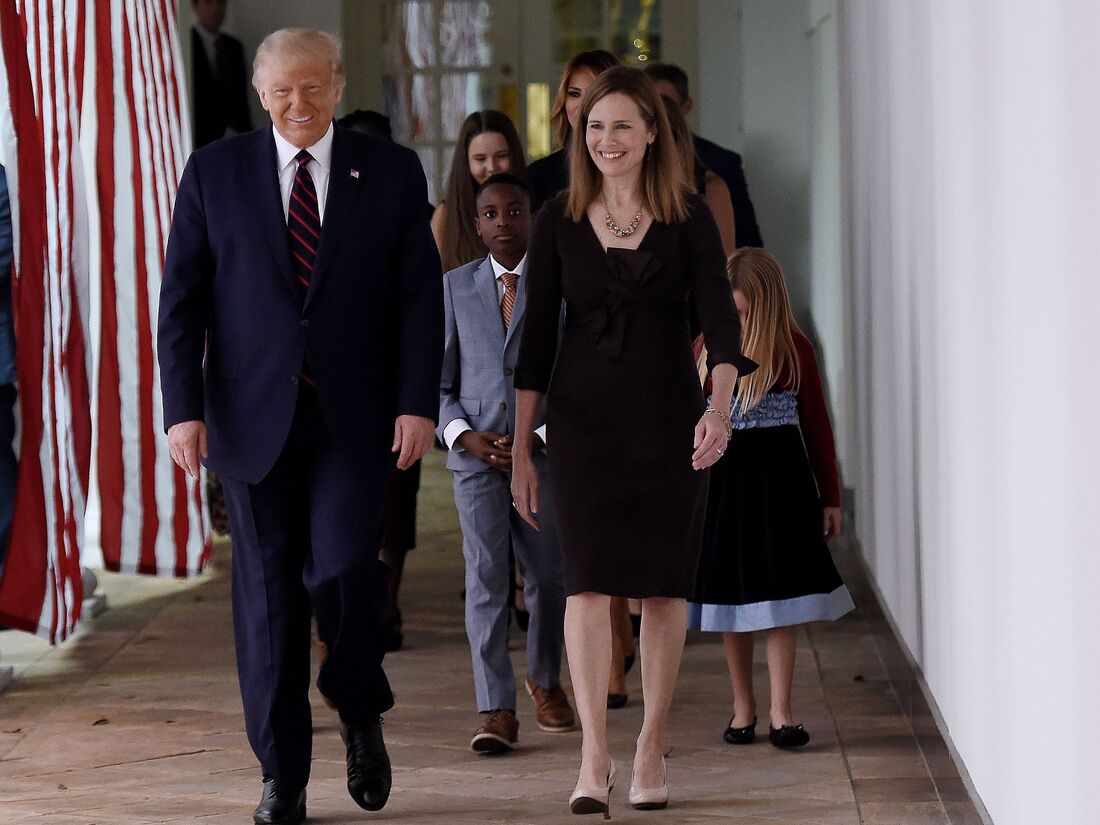 President Trump and Judge Amy Coney Barrett walk to the Rose Garden of the White House in Washington, DC., on Sept. 26. 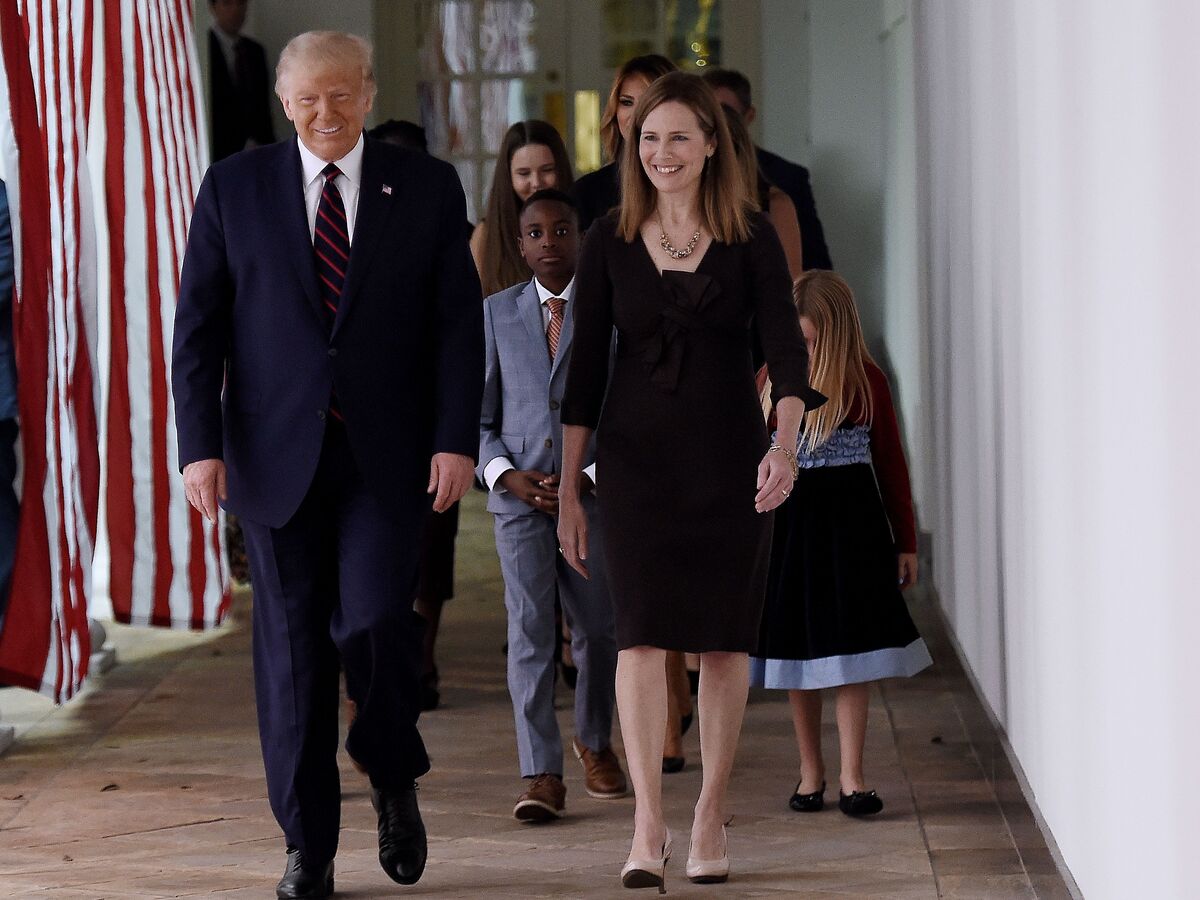 President Trump and Judge Amy Coney Barrett walk to the Rose Garden of the White House in Washington, DC., on Sept. 26.

President Trump has made no secret of his intentions regarding the U.S. Supreme Court and abortion rights. During a presidential debate in 2016, Trump vowed to appoint justices who’d vote to overturn the 1973 Roe v. Wade decision that legalized abortion nationwide.

“That will happen automatically, in my opinion, because I am putting pro-life justices on the court,” Trump said. “I will say this: it will go back to the states, and the states will then make a determination.”

Trump has followed through on naming conservative judges to the federal courts. But nominees for judicial appointments – including his latest nominee, Judge Amy Coney Barrett – tend to be a bit more reserved when speaking about their views on reproductive rights.

During her Senate confirmation hearings for her seat on the Seventh Circuit Court of Appeals in 2017, Barrett — who has spoken openly about her Catholic faith — was asked about her personal views on Roe v. Wade. She gave a version of what’s become a standard answer to that question for people in her position, saying, “all nominees are united in their belief that what they think about a precedent should not bear on how they decide cases.”

Barrett, 48, has written and spoken about the issue before, including during an appearance at Jacksonville University in Florida shortly before the 2016 election, while a law professor at Notre Dame. Barrett was asked about ways a hypothetical future Supreme Court might allow states to pass more restrictions on abortion.

Her record as a federal appeals court judge offers some potential clues to her views. In two cases where a lower court ruled to block Indiana laws imposing limits on abortion, Barrett voted to hear arguments that could have potentially overruled the lower court.

But in a third case, involving buffer zones designed to protect abortion patients from protesters outside clinics, Barrett voted to uphold precedent allowing for those zones.

Barrett’s colleague, Notre Dame Law Professor Carter Snead, says it’s difficult to predict exactly how Barrett would rule on abortion-related cases on the Supreme Court. Snead describes Barrett as “someone who understands the complexity of the question that’s gonna come before the court, and who understands the stakes … and is going to be very thoughtful about how she proceeds.”

“I’d expect her to overrule Roe, and she appears to have four other sitting justices who are willing to join her,” Watson said.

While there is only so much you can read into Barrett’s past judicial record, Watson says you don’t really have to.

“I think the best evidence of her position on Roe v. Wade is that President Trump has said he will only appoint justices who are committed to reversing Roe, and there’s no reason not to believe him,” she said.

On that question, activists on both sides of the abortion debate also seem to believe Trump. Barrett is receiving widespread praise from anti-abortion rights groups, and opposition from reproductive rights advocates, like Fatima Goss Graves, president of the National Women’s Law Center.

“When you pair her record with the context that this issue is coming in, it paints this extraordinary picture that even though we’re in a situation where the vast majority of people in this country support access to abortion, that we are gonna have something pushed through where the Supreme Court may leave us without that right,” she said.

While a majority of Americans favor some limitations on abortion, most also support Roe v. Wade. If Barrett is confirmed and the court indeed overturns that precedent, the issue would be left to the states – setting up intense fights in legislatures, and legal observers say, leading to an even more patchwork system, where abortion rights hinge almost entirely on where a person lives.