Watching leaves turn color and drop dead — “Fall, leaves, fall; die, flowers, away” (Emily Bronte) — may be one of the few activities this autumn you can do safely, without too many caveats. Maybe don’t get into a bus full of leaf peepers this year. Maybe don’t call yourself […]

Watching leaves turn color and drop dead — “Fall, leaves, fall; die, flowers, away” (Emily Bronte) — may be one of the few activities this autumn you can do safely, without too many caveats. Maybe don’t get into a bus full of leaf peepers this year. Maybe don’t call yourself a leaf peeper to begin with. Look, just stay in your car, OK? Roll down the window and peep, then roll up the window. Peep with familial peepers. Maybe don’t stay overnight, all right? Do I sound stressed? I am stressed. Here’s the thing: So are trees.

Stress is also what makes the annual admiring of foliage — aka leaf peeping — so poignant this pandemic year. “The trees are stressed, yet so is everyone else,” said David Lorenz, vice president of Travel Michigan, the agency that produces those nearly somnolent, stress-relieving “Pure Michigan” tourism spots. Scientifically, foliage is all sacrifice and hunkering down — leaves change colors because their trees are prepping for months of austerity. Aesthetically, fall foliage is all metaphor and melancholy. Because “nothing gold can stay” (Robert Frost), we spend three too-short months noticing what Gwendolyn Brooks called “summer-gone.” We wonder if leaves dream “how comfortable it will be to touch the earth” (Mary Oliver). We ascribe to foliage our own need for calm.


So, for this most stress-filled of autumns, a nervous person’s guide to foliage:

By mid-October, foliage in Hell (rural, unincorporated, about 20 miles northwest of Ann Arbor, Michigan) and foliage in central Wisconsin should be approaching peak impressiveness. And yet, as of this writing, Chicago has a travel order (14-day quarantine) that applies to anyone returning from 24 hours or more in Wisconsin. Michigan is not on the list. Plan accordingly. That said, tourism offices from both states are encouraging destination peeping from out-of-towners.

© John J. Kim / Chicago Tribune/Chicago Tribune/TNS
Maple leaves on the branches of a tree in the 3000 block of North Washtenaw Avenue on Oct. 31, 2018, in Chicago.


“Why wallow in the pits of despair when there are some real positives that have come out of this situation,” said Lorenz, of Michigan. “Peeping is a chance to do something socially distanced and experience it as a family.” He said masks are expected, and many destinations and hotels took a “Pure Michigan pledge” of safety.

As for Wisconsin: Assuming you are heading there to leaf peep and planning to never return again — or merely planning a 14-day quarantine upon return or taking a day trip — know that warmer temperatures in September suggest that “it’ll be a good year for foliage here but not our best,” said Colleen Matula, a forest ecologist with the Wisconsin Department of Natural Resources. Still, about 60 percent of the state is forest. A few spectacular drives include: the southern half of Kettle Moraine State Forest (two hours from Chicago), which winds through 120 miles of foliage; the 50-mile Cranberry Highway in central Wisconsin (four hours); and closer to Chicago, the always peep-heavy Lake Geneva.

Thanks, but I think I’ll just stay in Illinois — where to?

About a 90-minute drive from Chicago, you will find the Forest Preserves of Winnebago County, throughout the Rockford area. “We have a lot of big oaks, a lot of the kind of sugar maples that get really colorful around now. We have 11,000 acres, and we’re not great on advertising,” said Mike Groves, the natural resource manager there.

About 300 miles southwest of Chicago, near St. Louis, there’s 8,000-acre Pere Marquette State Park: winding river drives, bald eagles … “If I do say so myself, this is the prettiest place in the state,” said Chris Hespen, the park superintendent. If you’re looking for a more expansive view, there are actual bluffs that overlook the cusp of the Ozarks, courtesy of Shawnee National Forest.

Will the state parks be crowded?

Probably. The good news, said Rachel Torbert, deputy director of the Illinois Department of Natural Resources, is the pandemic is forcing residents to play tourist in their own state, “to see sights they never thought to see.” The bad news is state parks have had record attendance since March.

“What’s staggering,” said Hespen at Pere Marquette, “is visitations could exceed last year’s.” Which puts Karla Flannery, director of the Illinois Office of Tourism, in a weird spot: She’s not “encouraging” travel this year, but if you go, go by car, stay masked, etc. (And the busiest state park? Starved Rock State Park in Oglesby, roughly 92 miles southwest of Chicago.)

They have trees. It’s not the state tourism slogan, but it should be. Indiana is probably not your first thought for Midwest foliage, yet the northern half peaks around the same time as Northeast Illinois — mid-October — and it doesn’t get more lovely than Parke County (about three hours from Chicago) with its rambling country roads running through more than a few covered bridges. Drive another 90 minutes south, and you’re in the leafy college town of Bloomington — which, be warned, thanks to students returning to Indiana University, has been a bit of a coronavirus potluck.

Do I have to call myself a peeper?

Please don’t. It’s creepy, and technically wrong: “Peeping” implies furtive looks and concealed glances (and restraining orders). I prefer the much healthier leafer. In my native New England, we also refer to people who crowd country roads as “bad drivers.”

Why do some leaves turn red? Are they socialist?

“Throughout the year, plants are producing as much stored energy as they can, through chlorophyll,” said Boyce Tankersley, director of living plant documentation at the Chicago Botanic Garden. “The green in spring and summer is a byproduct of leaves absorbing waves of light (which is photosynthesis).” But as the days shorten, that chlorophyll is broken down and the nutrients are redistributed into the tree’s roots and stored. Once this happens, the green fades, revealing a yellow that was always there, beneath the green.

But red? Red is more controversial. Red is rich in maples. Red is a pigment created by a buildup of sugars. But why red? “Horticulture is imperfect, because we have ideas and clues,” Tankersley said, “but not everyone has nailed everything.”

Some say the reds in leaves act as a sunscreen that allows the tree more time to soak in nutrients; some say red is meant to attract animals who move around seeds, therefore helping a tree flourish. But there are scientists who believe the opposite, “that red is an evolutionary advantage suggesting to insects, don’t eat this tree,” Matula said.

OK, but what about these trees where some branches have leaves exploding with vibrant colors while other branches are just kinda blah? Are they self-conscious?

Trees drop leaves to relieve the stress of supporting them in freezing temperatures; as autumn goes on, said Paul Blome, an urban forestry instructor at Western Illinois University, “trees start to close off the connectors between the leafs and stems,” and finally the leaf falls. But why doesn’t this process happen uniformly across an entire tree? That’s not entirely understood either.

As Rollinson at Morton Arboretum explained: “I have a colleague who wants to write a paper called ‘Your Tree Is Weird, and So Are You.’ Trees are individuals. That’s one of the things — along with the timing of the colors — that makes foliage so hard to completely understand. Each tree has a different set of conditions. So individual branches may change but not necessarily the whole tree. How much of that is genetically controlled? How much has to do with a squirrel hanging out too long? We don’t know. We know factors but not what tips the scales with, say, this or that branch. Because trees grow so slowly, they can mutate on individual branches.”

How reliable are foliage trackers? Are they just the feds trying to control me?

Chicago is expected to peak mid-October, according to the foliage tracker from the Illinois tourism office. Most foliage trackers work from predicted temperatures and precipitation and historical trends. “But foliage tracking really depends on a much shorter period of time,” said Tankersley at the Botanic Garden. “Tracking is still hypothetical.”

Rollinson agrees. Her lab at the Morton is working on more reliable models, because “right now foliage tracking doesn’t include a lot of biology. It’s based on assumptions.” Both said that any tracking that’s more than two weeks old is questionable.

An old friend from high school posted on Facebook that even if climate change existed, it wouldn’t affect foliage because “seasons are seasons.” Normally I get all my science information from Facebook posts, but I don’t know … is he right?

Climate change does affect foliage for the simple reason that foliage is driven partly by temperature. “Spring is getting earlier and tends to be synchronistic across species,” said Rollinson. “Warmth is an easier signal for plants to deal with. But fall is getting longer for some species.” Which can extend fall foliage and lend invasive species more leverage.

That said, inversely, some scientists feel climate change can force trees to drop leaves faster. When the soil is too dry and the temperature too warm, leaves just tend to drop. “Trees are big and old and meant to last centuries,” she said. “They can deal with a bad year or two. When there is no good year interspaced?” Leaf peeping is pooped.

Tue Oct 6 , 2020
LINDEN, NJ – The City of Linden’s Recreation Department announced a variety of virtual youth classes that began in the month of October. The classes being offered are the following: Preschool Drawing: Participants ages 4-5 enthusiasm for art will be encouraged. The class will be held Wednesday, October 28 through December 9, […] 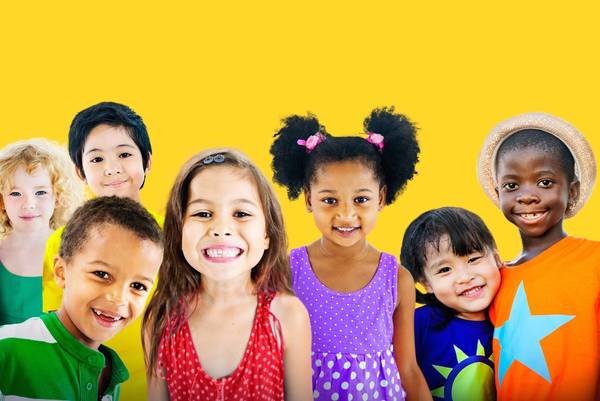