One of Europe’s largest theme parks will invest €150 million in new attractions themed to the world’s most popular sport.

PortAventura World will partner with Spain’s LaLiga on a three-phase development that kicks off (sorry!) with “The Beat Challenge,” an app-based game that the park called “a multidisciplinary experience constructed around unique storytelling.”

The home for The Beat Challenge inside the park will be a new LaLiga-themed restaurant and shop. An accompanying licensing deal will make PortAventura World the official theme park partner for LaLiga in Europe and Russia over the next 15 years.

“The Beat Challenge not only brings together PortAventura World with a leader in the sphere of sporting events and entertainment, but will also project PortAventura World beyond the resort, reaching homes, cities and football stadiums across Spain. In addition, the agreement includes the possibility of exporting the project to other countries, as a model of excellence in the area of technology, sports entertainment and tourism,” PortAventura World Managing Director David Garcia said.

PortAventura’s concept art shows The Beat Challenge anchored in a new Lighthouse-themed building on the park’s Mediterrània area, making it one of the highest-profile locations in Port Aventura. 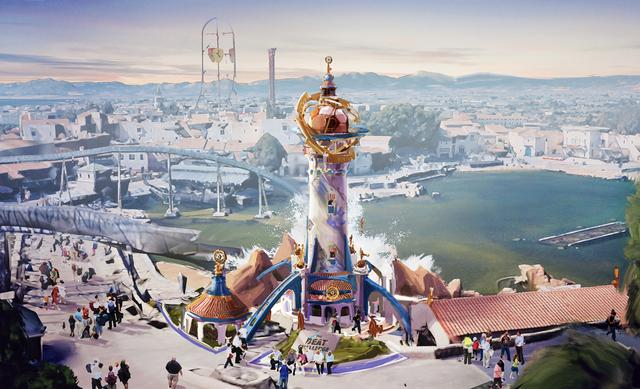 After a €10 million investment in the app and restaurant, the park has committed to a €40 million second phase including a new LaLiga-themed attraction in Port Aventura, followed by a €100 million third phase bringing a new LaLiga theme park to the PortAventura World resort.