As Nazi forces pushed ever closer to England in the summer of 1941, Prime Minister Winston Churchill had a wild idea: a new spy agency, the Special Operations Executive (known as the SOE), to gather intel, and spark sabotage, in and around France. That scheme might sound obvious on paper, […]

As Nazi forces pushed ever closer to England in the summer of 1941, Prime Minister Winston Churchill had a wild idea: a new spy agency, the Special Operations Executive (known as the SOE), to gather intel, and spark sabotage, in and around France. That scheme might sound obvious on paper, but the SOE went decidedly outside the box when it came to not only its methodology, but also the people tasked with carrying it out: They included more than three dozen women. Lydia Dean Pilcher’s “A Call to Spy” follows three of those women, and while the shape of

Pilcher, best known for her producing work (including an Oscar nod for the documentary “Cutie and the Boxer”), appears intent on carving a niche in directing overlooked historical tales about fierce, real-life women. Later this year, her directorial debut “Radium Girls,” about a group of ’20s-era factory workers who advocated for safer conditions, will hit wide release after debuting at the Tribeca Film Festival back in 2018. Pilcher’s doc background is a strong fit, building in specificity and an obvious affection and respect for the material.

Still, Sarah Megan Thomas is the standout here, with the multi-hyphenate not only taking on the film’s meatiest role as real-life spy figure Virginia Hall, but also writing and producing the feature. Like Pilcher, Thomas seems to be forging a new path rooted in fantastic female-centric stories. (She also wrote and starred in the 2016 drama “Equity,” similarly focused on women eager to break out of casually sexist trappings.)

Picking up in August of 1941, Pilcher’s handsomely mounted film kicks into the war film tropes early, as SOE’s unofficial lady leader Vera Atkins (an impressive Stana Katic) sets about assembling a motley team of nobodies, sticking them into tough training exercises, and delivering some peppy (if occasionally scary) speeches along the way. Why women? “Women will be more… inconspicuous,” Vera’s boss Maurice Buckmaster (Linus Roache) explains, and while that might be true, that doesn’t stop Vera from lobbying to “train the women like the men.” And she will.

Virginia is an American who has spent her adult life in various forms of foreign service, all with an eye toward becoming a diplomat, but a disability (detailed in a languorous and mostly unnecessary sequence) keeps her from her dream. Noor Inayat Khan (Radhika Apte) is an Indian Muslim pacifist with a knack for wireless radio transmissions. That they don’t look like spies is the point, and when Vera pitches them on the idea (amusingly referring to the SOE as a “club” they might want to join), they both jump at the chance.

Despite the built-in commonality of being the only gals in the room, Thomas’ script doesn’t push the lady-bonding, instead focusing on Virginia, Vera, and Noor as impressive professionals attempting to navigate an increasingly fraught war. When the women do bond over their situations and choices, the results are mostly organic, only prone to a few occasional hammy moments. “A Call to Spy” and its stars find better beats in the small-scale stuff, like a scene in which a parting Virginia and Noor must pretend to be strangers, rather than the more overworked moments, such as when a wide-eyed Virginia tries to size up Vera during their second meeting (an incredulous “who are you?” is not needed when that wonder is already long implied).

“A Call to Spy” doesn’t focus on one major event — no one here is gearing up for D-Day or the liberation of the concentration camps, at least not overtly — and instead follows its leads through years of service and their aims to gather info and mess up Nazi plans. Pilcher and Thomas make much out of the film’s 124-minute running time, but the material might be better suited for a miniseries and often lacks tension. Still, it’s never slack when it comes to energy, and Hall’s life alone could easily inspire its own film. Thomas somewhat attempts that here, but it’s overstuffed as it also tries to pay respects to the real-life Atkins and Khan.

True stories about brave, everyday people fighting evil powers never go out of fashion, and “A Call to Spy” joins their ranks with ease. It’s a traditional film, and while it premiered on the festival circuit last year, it can’t help but feel necessary and timely in its theatrical release. Thomas’ meticulous work alone recommends it, but like the story it follows, it’s the result of many talented women working together for the common good.

IFC Films will release “A Call to Spy” in select theaters and on VOD on Friday, October 2.

As new movies open in theaters during the COVID-19 pandemic, IndieWire will continue to review them whenever possible. We encourage readers to follow the safety precautions provided by CDC and health authorities. Additionally, our coverage will provide alternative viewing options whenever they are available.

Thu Oct 1 , 2020
Going to school teaches us a lot. And, if the school campus is beautiful, it just adds to the charm. Take these gorgeous schools for example that literally look like sight-seeing spots.  1. Dalhousie Public School, Dalhousie  This school is located in one of the most scenic spots in our […] 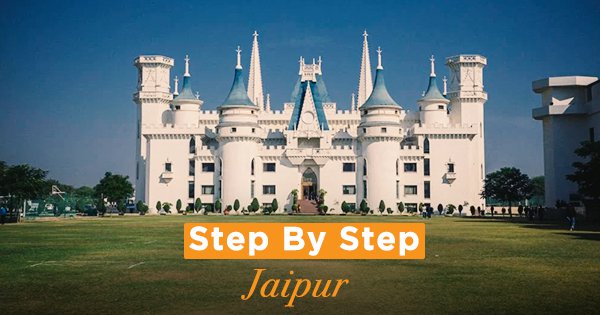