Airline news is on tracing infections, workers’ lower infection rates, safety standards and border closures. The Washington Post: Nearly 11,000 People Have Been Exposed To The Coronavirus On Flights, The CDC Says The Centers for Disease Control and Prevention investigated 1,600 cases of people who flew while at risk of […]


The Washington Post:
Nearly 11,000 People Have Been Exposed To The Coronavirus On Flights, The CDC Says

The Centers for Disease Control and Prevention investigated 1,600 cases of people who flew while at risk of spreading the coronavirus, identifying nearly 11,000 people who potentially were exposed to the virus on flights. But though the agency says some of those travelers subsequently fell ill, in the face of incomplete contact tracing information and a virus that incubates over several days, it has not been able to confirm a case of transmission on a plane. (Duncan, 9/19)

One person with COVID-19 infected 15 others during a long-haul flight from London to Vietnam in early March, according to a new analysis. The study from the Centers for Disease Control and Prevention, which was released ahead of its final publication in November, is one of the first to analyze the dangers of in-flight transmission of the SARS-CoV-2 virus. (Weixel, 9/18)

A single sickened airplane passenger spread coronavirus to 15 other people aboard a flight from London to Vietnam, according to a newly published study. The passenger, identified as a 27-year-old businesswoman from Vietnam, had a sore throat and cough before boarding the March 1 flight and tested positive for coronavirus four days later, the study in the journal Emerging Infectious Diseases said. (Garger, 9/21)

It’s the call no airline passenger wants to receive. You are contacted after your plane lands to let you know a fellow traveler from your flight tested positive for COVID-19. The notification likely comes from local health officials with an advisory to go into 14-day self-quarantine. The Centers for Disease Control and Prevention logged 1,600 COVID-19 investigations on commercial aircraft between January and August. By comparison, the agency had to deal with only about 150 cases of communicable diseases on flights in each of 2018 and 2019, usually the measles, reported spokeswoman Caitlin Shockey. (Woodyard, 9/18)

The coronavirus spreads when people are in close quarters for extended periods of time, breathing the same air with little space between them. So you might expect airplanes to be the perfect environment for the transmission. But some surprising data from airline workers show that is not the case. In fact, flight attendants and other airline workers have had a lower incidence of COVID-19 than the general population. (Slotnick, 9/17)

United Airlines said Wednesday it is using an antimicrobial coating on the seats, trays, bins and bathrooms on 30 planes, with plans to expand the practice to its entire mainline and express fleet by the end of the year. The new coating is part of the airline’s efforts to protect passengers from the coronavirus and restore public confidence in flying.  The Zoono Microbe Shield, which United said is an Environmental Protection Agency-registered antimicrobial coating, inhibits the growth of microbes after forming a long-lasting bond with surfaces, according to the carrier. Its use will create an “an extra level of protection on our aircraft to help better protect our employees and customers,” Toby Enqvist, United’s chief customer officer, said in a statement. (Picchi, 9/16)

In other travel news —

Canada remains off-limits for at least another month. Officials from both the United States and its neighbor to the north on Friday confirmed that the ban on non-essential traffic between the two nations will be extended until Oct. 21. The prohibition has been in place since March. (Danforth, 9/18)


The Hill:
Gates Says Travel Ban Made COVID-19 Worse In US

Microsoft co-founder and philanthropist Bill Gates said the implementation of the government’s travel ban may have exacerbated the coronavirus outbreak in the U.S. earlier this year. In an interview with Fox News Sunday, part of which was released Friday, Gates said the ban led people abroad to rush back to the U.S. and that proper safety and testing measures were not in place upon their return, sparking further spread of the virus. (Axelrod, 9/18)

This is part of the KHN Morning Briefing, a summary of health policy coverage from major news organizations. Sign up for an email subscription.

Man charged in fatal shooting of Black man during protest in Omaha kills himself, lawyer says

Tue Sep 22 , 2020
Omaha, Nebraska — A White business owner charged with manslaughter for fatally shooting a Black man during protests in Nebraska has died by suicide days after his indictment, his attorney said Sunday. Jacob Gardner, of Omaha, Nebraska, was found dead Sunday outside a medical clinic in Hillsboro, Oregon, the Hillsboro […] 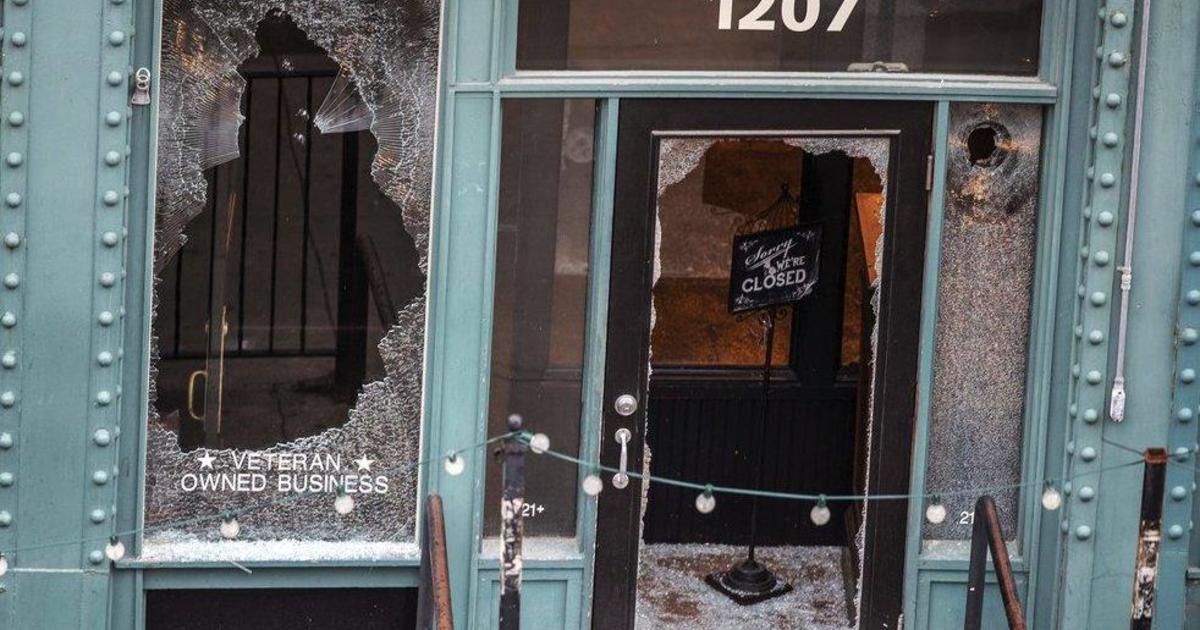