Various things created a buzz in B’town, on October 9, 2020. From the news of Prabhas announcing his upcoming film with Amitabh Bachchan to Laxxmi Bomb trailer release, check out the top entertainment stories of the day.

Prabhas took to his Instagram as he announced that Amitabh Bachchan will also be a part of the upcoming movie that is being made as Vyjayanthi Movies celebrates 50 years of establishment. The actor said that working with Bachchan has been his dream and it is finally coming true. Deepika Padukone is also a part of the project. In an Insta post, Bachchan also mentioned that he is honoured and it is a privilege to be a part of this project and wished for the production company to celebrate another 50 years and more. 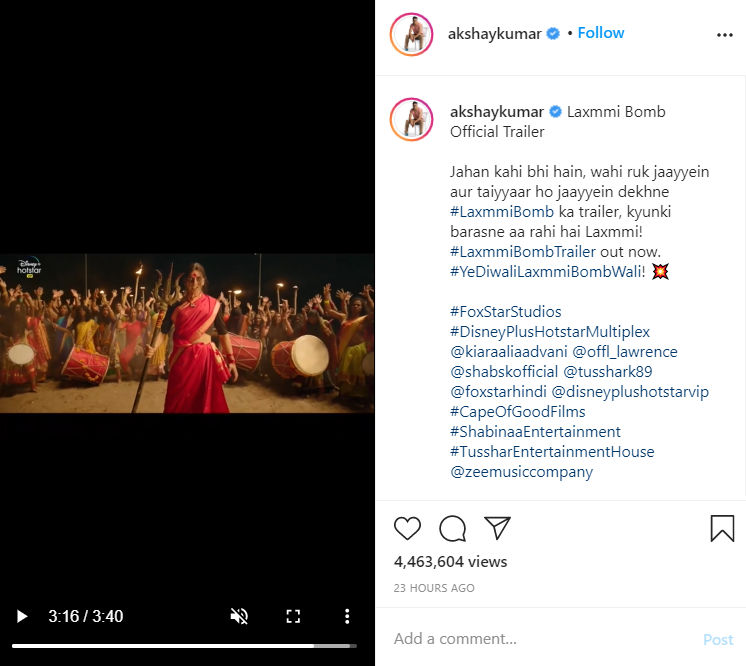 The trailer of Akshay Kumar’s highly anticipated movie Laxxmi Bomb has released. The trailer of the horror-comedy is quite gripping and sees Akshay Kumar playing a transgender for the first time. The story-line revolves around Kumar’s character being taken up by a transgender to get revenge for his death. Akshay Kumar and Kiara Advani play the lead roles while the movie will available for streaming from November 9, 2020, on Disney Plus Hotstar.

Neha Kakkar announces on her IG her relationship with Rohanpreet Singh 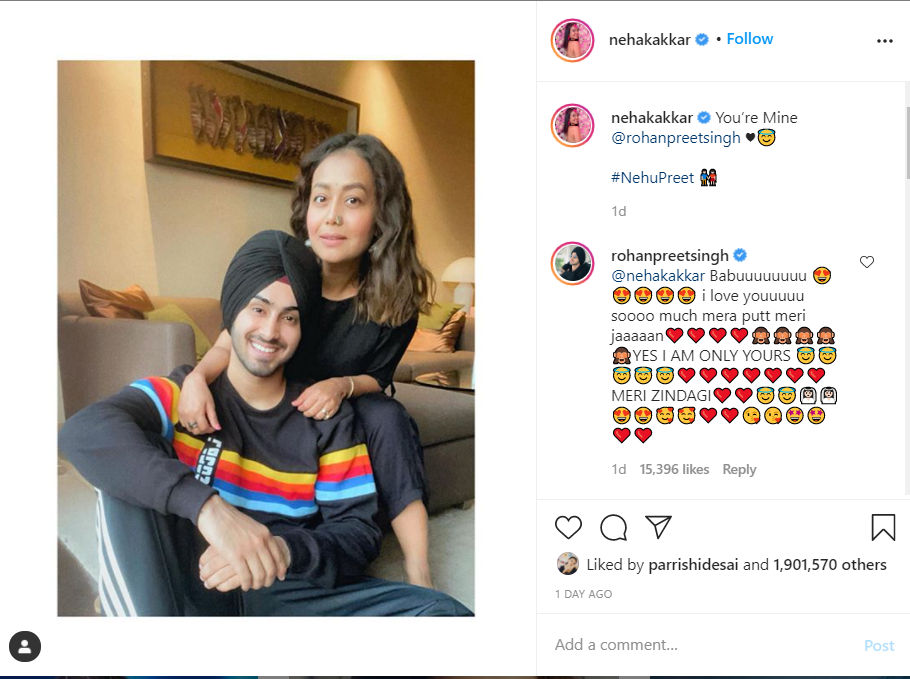 Neha Kakkar officially announced through her Instagram handle her relationship with Punjabi singer Rohanpreet Singer. The rumours of the two dating had been doing rounds for a while now as the couple had shared pictures and videos together on their IG feeds. Neha and Rohan both shared with their gram-fam pictures with each other and made it Insta official as Neha’s caption read – ”You’re Mine @rohanpreetsingh ♥ï¸ð and she added #NehuPreet in the end.” Rohanpreet himself and the Kakkar siblings have left some adorable comments on the post. 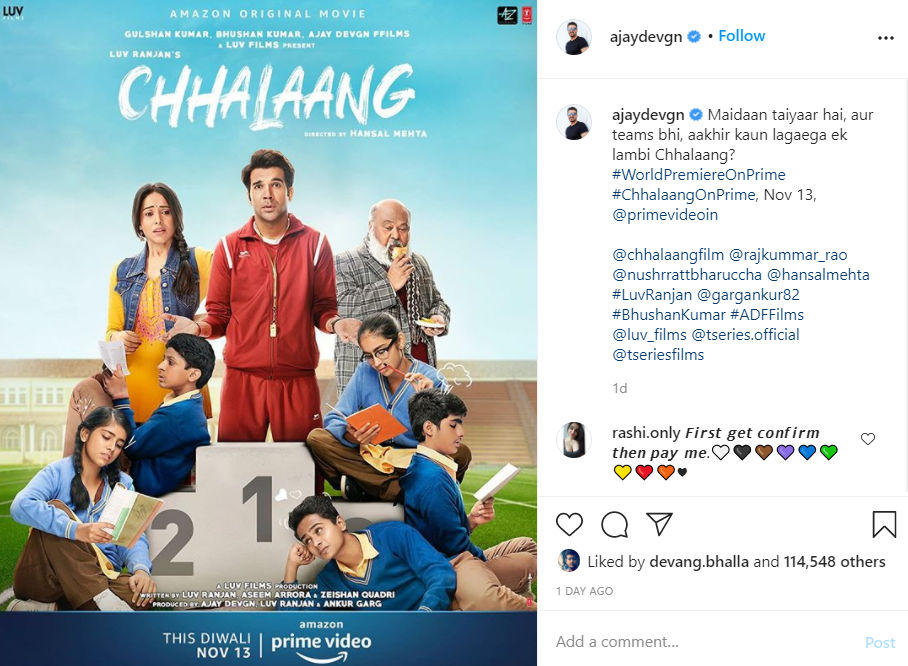 Ajay Devgn took to his Instagram as he shared a new poster of Chhalaang and along with it told his fans that the movie will release this Diwali on November 13, 2020, through the streaming platform, Amazon Prime Video. His caption with the post read – ”Maidaan taiyaar hai, aur teams bhi, aakhir kaun lagaega ek lambi Chhalaang?” The movie is helmed by Hansal Mehta, bankrolled by Devgn, Luv Ranjan, and Ankur Garg. It includes Rajkumar Rao and Nushrat Bharuch in titular roles.

Varun Dhawan teases fans with a motion poster of Coolie No.1 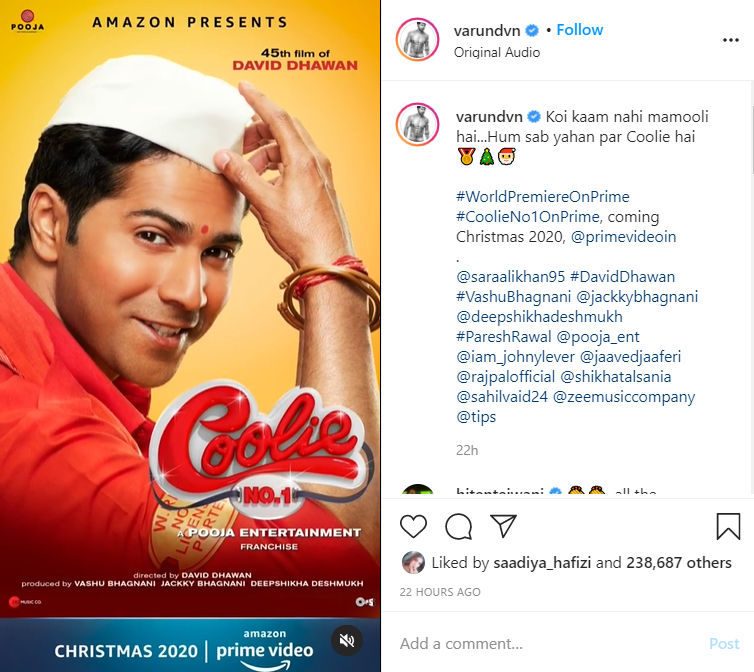 Varun Dhawan shared on his Instagram the motion poster of his upcoming flick, Coolie No.1. One of the most anticipated movies of the year which was to be released on May 1, 2020, is now releasing through Amazon Prime on Christmas 2020. The actor wrote with the poster – ”Koi kaam nahi mamooli hai…Hum sab yahan par Coolie hai.” Coolie No. 1 stars Sara Ali Khan alongside Varun. The film is a remake of the 1995 movie with the same name.

Get the latest entertainment news from India & around the world. Now follow your favourite television celebs and telly updates. Republic World is your one-stop destination for trending Bollywood news. Tune in today to stay updated with all the latest news and headlines from the world of entertainment.