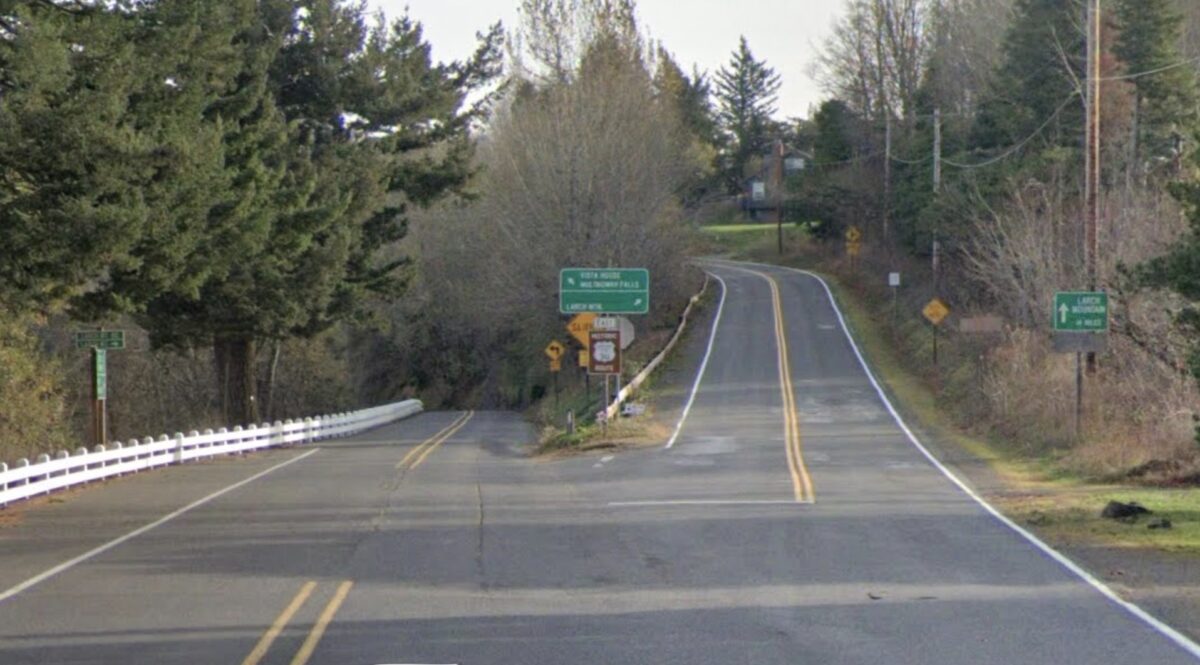 Three men were cited for an illegal roadblock at the intersection of Larch Mtn Rd and the Historic Columbia River Highway.

The small town of Corbett is well known to bicycle riders in the Portland region. It’s bisected by the Historic Columbia River Highway, it’s a gateway to the Columbia River Gorge, and it sits at the base of Larch Mountain Road, one of most legendary climbs in the state. Corbett High School even serves as the base camp for the annual Larch Mountain Hillclimb Time Trial event.

But it also has a darker side: A locals-only vibe that has persisted for years.

We’ve reported on bicycle riders being verbally threatened for merely existing in the area and there have been multiple incidents of tacks being suspiciously left on the road. Back in May of this year when Covid-19 concerns were at a fever pitch, we shared how riders were mistakenly informed by an Oregon State Parks ranger that they could not ride on the Historic Highway near Corbett unless they lived in the area.

Now, as tensions over wildfires have mixed with conspiracy theories, disinformation on the web, and existing biases, armed civilians have set up roadblocks to deter people from using roads.

On Wednesday the Guardian reported that people were being stopped by armed vigilantes at several locations. Their article includes disturbing details about town meetings where these armed civilians were given permission by a Multnomah County Sheriff’s Office sergeant to guard the area from “suspicious” behavior. The meetings happened after the sheriff’s office reported that someone had set off fireworks that caused a brush fire in the area.

Yesterday Multnomah County Commissioner Deborah Kafoury demanded an immediate investigation into these claims saying, “I am deeply concerned about the reports that the words of some Multnomah County Sheriff’s staff were interpreted by some residents as support or encouragement for roadblocks and vigilante patrols. If that turns out to be true, it is categorically unacceptable.”

Also on Thursday the Sheriff’s Office cited three men involved in one of the illegal roadblocks. The citations for disorderly conduct followed an investigation of a roadblock at the Historic Highway and Larch Mountain Road (pictured).

With air quality improving quickly, people are likely to start riding in Corbett in the next few days. If you see anyone taking part in a roadblock or tracking road users in any way, Multnomah County Sheriff Mike Reese urges you to call 911.

“We have added extra patrol resources into rural areas,” Reese said in a video last week. “The Multnomah County Sheriff’s Office will not tolerate this type of illegal activity.”

— Jonathan Maus: (503) 706-8804, @jonathan_maus on Twitter and [email protected]
— Get our headlines delivered to your inbox.
— Support this independent community media outlet with a one-time contribution or monthly subscription.