The Army announced Tuesday that the $430 million National Museum of the U.S. Army will formally open on Veterans Day, after a five-month delay caused by the coronavirus pandemic. Built of stainless steel, aluminum and glass, the museum in Fort Belvoir, Va., is filled with more than 1,300 historic artifacts, from […]

The Army announced Tuesday that the $430 million National Museum of the U.S. Army will formally open on Veterans Day, after a five-month delay caused by the coronavirus pandemic.

Built of stainless steel, aluminum and glass, the museum in Fort Belvoir, Va., is filled with more than 1,300 historic artifacts, from Teahan’s rifle to “Cobra King,” the World War II Sherman tank that was the first to reach the besieged Belgian town of Bastogne.

The museum has the dented helmet of Sgt. Alvin C. York, the World War I hero who earned the Medal of Honor for capturing 132 German soldiers. It has a sword belonging to Hermann Göring, one of Adolf Hitler’s key subordinates. It has the uniform cap of World War II and Korean War Gen. Douglas MacArthur.

There is a landing craft that ferried men to the beach on D-Day. (It was found on an island in the English Channel and is one of only six known to survive, the museum said.)

There is a piece of the landing gear of a plane that crashed into the World Trade Center. And there is a motorcycle that was used by a Taliban bomb courier in Afghanistan.

“These are artifacts, not props,” said museum spokeswoman Susan Smullen on Monday. “These are the real deal.”

The museum has also created a number of simulated battle scenes featuring lifelike soldiers made of plastic, urethane, foam and other materials. The figures are models of modern-day soldiers who posed for the sculptors.

One scene depicts soldiers scrambling down a cargo net into a landing craft during the second wave ashore on D-Day, June 6, 1944.

“We went to great detail to be authentic as possible,” Smullen said. The soldiers’ rifles are wrapped in plastic to keep them dry. One man has a bazooka slung over his back.

Another figure is that of a chaplain carrying a Catholic Communion set in a black box. “Professional Equipment,” the box says. “Chaplain.” An officer in the landing craft wears a wristwatch set to the time of the second wave: 7:55 a.m. He has a simulated carton of cigarettes tied to his pack.

“We have photographic proof that all these types of men made their way onto Normandy,” said museum artifact specialist Sara Bowen.

Elsewhere, a dusting of simulated sea salt is spread on the deck of the landing craft.

The Army, which owns and operates the facility, says it is its first “comprehensive and truly national museum.”

The museum is a joint effort of the Army and the Army Historical Foundation. The foundation headed a $200 million private campaign to construct the building. The Army provided the land — the museum is on an 84-acre, publicly accessible piece of Fort Belvoir property — and about $230 million toward the project.

Construction started in 2017, and the museum had been scheduled to open in June. But in April, because of the danger posed by the novel coronavirus to the public and the virus’s impact on construction, the opening was postponed, Smullen said.

Admission is free and tickets for timed entry can be reserved at The­NMUSA.org. The museum will have enhanced health and safety measures in place.

There are a total of 1,389 artifacts, many one-of-a-kind, in 11 galleries. The museum also has a virtual simulator, theater, cafe and store, which is not yet stocked.

As for Pvt. Teahan, a member of the 508th Parachute Infantry Regiment, he was 20 and came from New York City.

He had been captured by the Germans during the post-D-Day fighting and was shot by one of his jittery captors, according to a book by his nephew Jim Farrell.

Teahan is buried in the Normandy American Cemetery and Memorial in France.

His M1 rifle had been lost but was later found by a French farmer in Picauville, just south of the drop zone where the 508th landed.

It was not clear exactly when the rifle was found. But in 2016, the French army informed the U.S. Army that the rifle had been discovered. Gen. Mark A. Milley, then the Army’s chief of staff, went to France with members of Teahan’s family to receive it.

Milley, now chairman of the Joint Chiefs of Staff, gave it to the museum.

The meaning of the name “Kitty” remains a puzzle. Was she Teahan’s girl back home? Was she a friend he had met in Britain, where he was stationed before D-Day?

No one seems certain, the museum said.

But she is now a part of the Army’s history.

Students Have Help for the Essentials

Wed Oct 14 , 2020
The University of Delaware’s Office of the Dean of Students (ODS) connects students with resources for their success, including nutritious food, toiletries, housing assistance, and financial aid in times of unanticipated crisis. More details can be found at the webpage below. Blue Hens without reliable access to a sufficient quantity […] 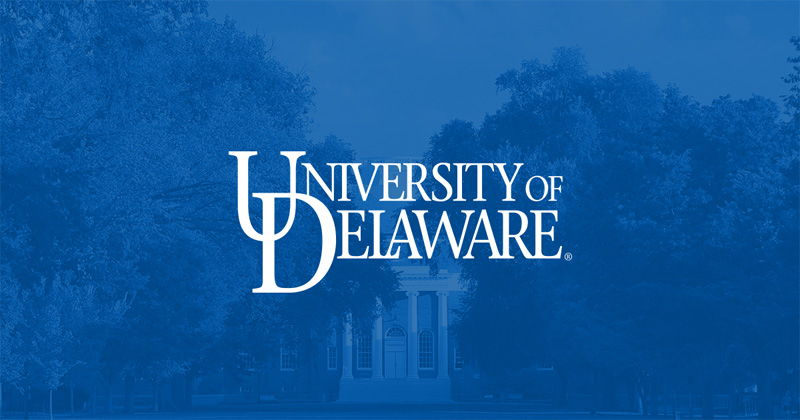