If any city had reopened to travelers, I figured Atlanta was the place. © Provided by mySA Midtown Atlanta skyline viewed form Marietta St. in downtown Atlanta at dusk. credit: Kevin C. Rose Georgia was the first major state to reopen businesses in late April. Even President Donald Trump criticized […]

If any city had reopened to travelers, I figured Atlanta was the place.

So I figured in mid-September, nearly five months later, the largest city in the state and the so-called “capital of the South” would be a visitors mecca.

Instead, I found a story repeated in big cities across America — COVID-19 has drastically changed the travel experience.

On ExpressNews.com: The Wary Traveler: Joy in the seat pocket

My friend picked me up at the airport, and we headed to a German beer garden for dinner — a brew or two and some bratwurst.

But he made a quick U-turn after realizing we were in a part of downtown that had seen a rash of gun violence. Atlanta is one of a series of cities that has seen an upswing of crime during the pandemic.

Instead we went to a taco joint in a section of the inner city that my friend said was safer. We ate at an outdoor picnic table. Not many people frequented the place, but at least there were no gunshots.

Welcome back to Atlanta. Don’t be surprised if nobody welcomes you.

The streets are empty. Name-tagged conventioneers aren’t crowding the sidewalks or the streets. In fact, people are almost nowhere to be seen.

Atlanta was one of the five top convention and business meeting destinations in the United States before the pandemic. It is also well-known as a destination that every salesperson in the U.S visits at one time or another — or at least they used to.

In other words, the city is dependent on business travelers.

On ExpressNews.com: Wary Traveler: What it’s like to catch a flight in the age of coronavirus

I stayed at the Atlanta Marriott Buckhead Hotel & Conference Center, one of the many hotels that catered to business travelers. Now, it seems to cater to no one.

The cavernous dining room is built to seat 300-plus guests. It was a lonely place when I dined there a couple of weekends ago. I was the only one at Sunday breakfast at 10 a.m., a prime dining time.

Only one worker was on hand in the entire restaurant. After seating me, she instructed me to stand at the buffet — but not touch anything. Marriott’s COVID-19 restrictions don’t allow guests to get their own scrambled eggs and bacon.

“We haven’t had many customers,” she stated. The restaurant, she said, had opened only the week before. She worried that the lack of customers was the new normal. I saw a few other guests in the hotel elevator; perhaps they were eating elsewhere.

The Marriott is located in Buckhead, a trendy shopping and business district of Atlanta that bustled with people before the pandemic.

Four sales clerks waited on me at Athleta, a clothing store aimed at people with money to burn. I was not intending to buy $90 tie-dye yoga pants, but I did purchase a pack of three cloth face masks for $25.

The store’s income depends largely on visitors — who aren’t currently coming to Atlanta. The city has lost several dozen sizable conventions and hundreds of business meetings this year.

Officials expect a convention rebound starting in mid-2021, but that may be overly optimistic.

Besides visiting my friend, I was in town for the Atlanta Food & Wine Festival. Last year, the festival featured dozens of food booths. My friend and I sampled hors d’oeuvres from Atlanta’s finest chefs with hundreds of other people. The crowd was mostly locals and conventioneers.

This year, festival organizers were offering a “re-imagined food festival.”

My first experience was fare from a chic restaurant called Lyla Lila.

Normally, the festival is a place to meet people and compare the novel food and wine you’re enjoying.

At Lyla Lila, I was seated in a party of one — myself. No mingling.

The food, however, was delicious. An appetizer of snapper crudo with melon, avocado, basil, chiles and seeds was served before the main course of smoked ricotta ravioli with dandelion pasta, pork rib ragu and pecorino.

Unlimited wine enhanced the meal — and made me forget about the lack of human contact.

Lyla Lila seemed to be the only business open. The historical Fox Theater, just a block away, was closed, its lineup of concerts and comic shows on hold until late February.

My next stop, the High Museum of Art, required reservations, but it sold me a ticket anyway, given the lack of visitors.

I was looking forward to some espresso in the museum’s restaurant, but it was closed indefinitely.

It was a treat touring the High’s collection of modern and contemporary art without crowds — but crowds also enliven your experience, whether in a museum or other downtown attractions.

The Centennial Olympic Park, built for the 1996 Olympics and a must-see for visitors, was closed. The Georgia World Congress Center Authority, which manages the park, said revenue from conventions paid for maintenance so … no park.

The highlight of my trip to Atlanta, ironically, was not in Atlanta but Alpharetta, 30 minutes north. I ended up there for a food and wine festival jazz dinner.

Soulful live music accompanied spicy Cajun food. The restaurant filled with locals celebrating life and seemed so far away from my experiences down the road in Atlanta.

I felt alive and forgot for a minute about the pandemic.

Payroll Tax Holiday - Will You Have To Repay The Taxes That Are Not Withheld? 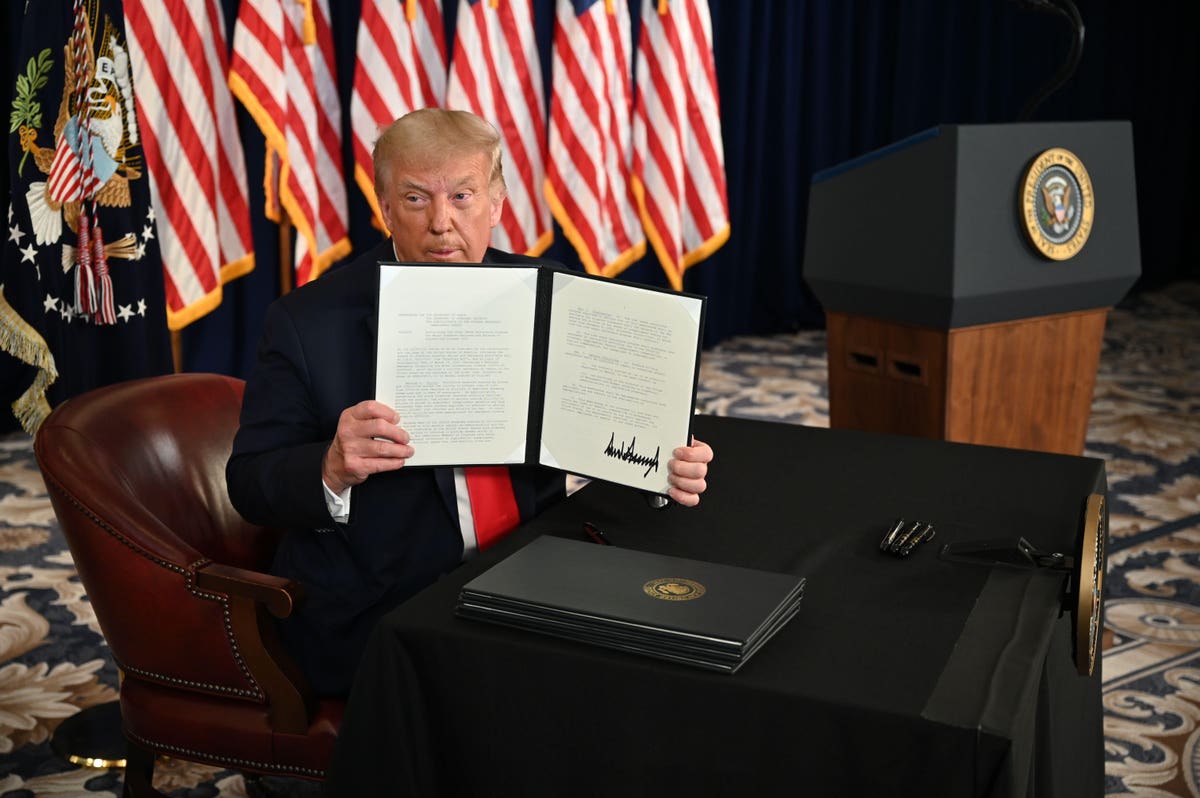