An Australian theme park owner has been fined $2.5 million for safety breaches that led to the deaths of four people on a river rapids ride in 2016 September 28, 2020, 5:25 AM • 2 min read Share to FacebookShare to TwitterEmail this article BRISBANE, Australia — An Australian theme […]

An Australian theme park owner has been fined $2.5 million for safety breaches that led to the deaths of four people on a river rapids ride in 2016

BRISBANE, Australia — An Australian theme park owner was fined 3.6 million Australian dollars ($2.5 million) on Monday for safety breaches that led to the deaths of four people on a river rapids ride in 2016.

Two men and two women died when their raft flipped on the Thunder River Rapids ride in Dreamworld park.

Ardent Leisure Group had pleaded guilty under workplace safety laws of failing to comply with its health and safety duty and exposing individuals to a risk of serious injury or death.

Magistrate Pam Dowse told a Gold Coast court that Ardent knew the risks before the accident.

“Complete and blind trust (was) placed in the defendant by every person who rode the Thunder River Rapids ride and those guests were extremely vulnerable,” Dowse said.

The Sydney-based company, which also owns assets in the United States and New Zealand, had faced a potential maximum fine of AU$4.5 million ($3.2 million).

Ardent chairman Gary Weiss said his board accepted the fine, which he described as Queensland state’s largest for a workplace tragedy.

“Ardent apologises, unreservedly, for the past circumstances and failures at Dreamworld that resulted in the tragic loss of four lives and for the deep and ongoing impact on so many people,” Weiss said in a statement.

The majority of families, first responders and others impacted by the tragedy had already received compensation, he said.

The Ardent board continued to press for the “expeditious resolution” of remaining claims, Weiss said.

Ardent is also fighting a shareholder class action in the Federal Court.

The victims — Cindy Low, Kate Goodchild, her brother Luke Dorsett and his partner Roozi Araghi — were killed when a water pump on the ride malfunctioned, causing water levels to fall dangerously low.

Two children — Ebony Turner, and Kieran Low, then 10 and 12 — escaped without physical injury.

Kim Dorsett, the mother of Dorsett and Goodchild, was in court for the sentencing with her granddaughter who survived the tragedy, Ebony.

Kim Dorsett told the court in a tearful witness impact statement that she cried “for my lost children every day.”

Dreamworld and its sister park WhiteWater World reopened their gates two weeks ago for the first time since March when coronavirus pandemic restrictions shut down operations.

Mon Sep 28 , 2020
The Bayou Teche Museum has unveiled a new poster created by a local photojournalist that will help fund the expansion of the New Iberia museum. The poster features a photograph by Lee Ball of the museum and the adjacent Donald “Doc” Voorhies Wing, as well as the Sliman Theater with […] 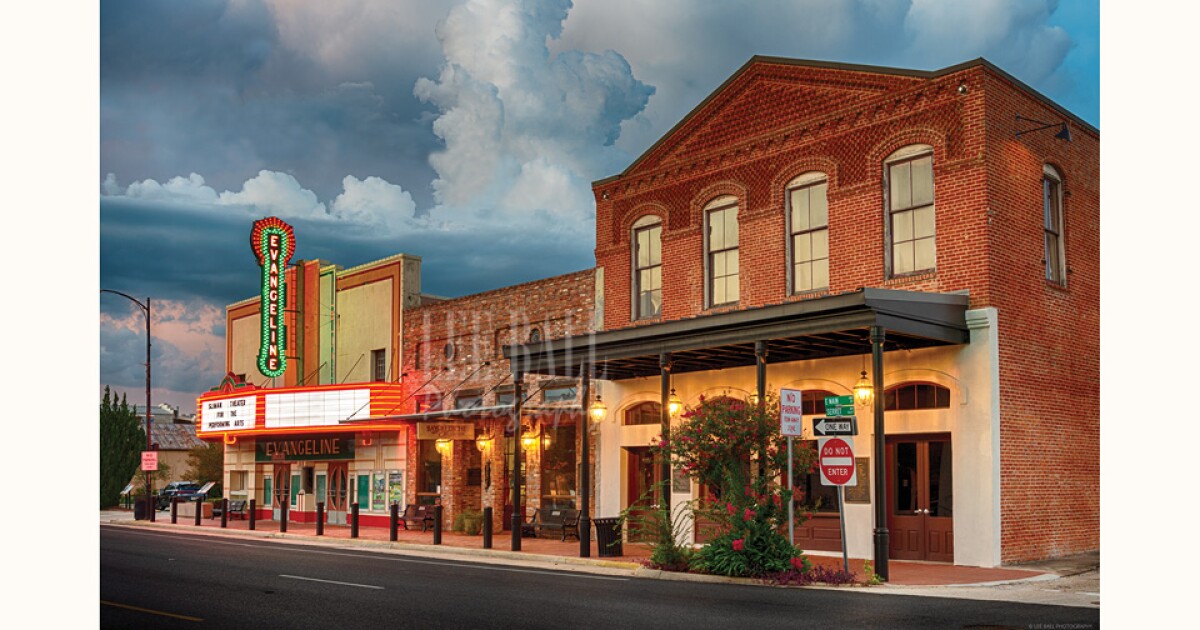