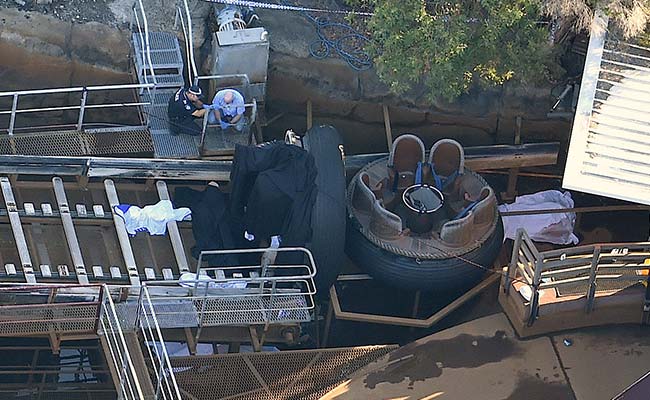 Two women and two men died when their rafts collided on the Thunder River Rapids ride at Dreamworld.

The owner of Australia’s biggest theme park was fined Aus$3.6 million ($2.5 million) Monday for safety failures leading to the deaths of four people on a popular water ride in 2016.

Two women and two men died when their rafts collided on the Thunder River Rapids ride at Dreamworld on the Gold Coast, leading prosecutors to file three charges against owner Ardent Leisure in June.

A Queensland court found the company had breached the state’s workplace health and safety laws but stopped short of the maximum Aus$4.5 million penalty.

Ardent Leisure said it accepted full responsibility and apologised “unreservedly” in a statement to the Australian Securities Exchange.

Its board and executives expressed their “deepest sympathies” to the victims’ families for the “enormous loss to each of them from the terrible tragedy which occurred at Dreamworld… and the ongoing suffering from that loss”.

The company, which faced heavy criticism for trying to re-open before the funerals had taken place, said a new leadership had driven a “complete overhaul” of safety procedures at the theme park.

Ardent Leisure said it had compensated the “majority” of families, first responders and others impacted by the tragedy and was working to complete the outstanding claims.

Construction of a memorial to the victims in Dreamworld was put on hold due to the pandemic but work is expected to restart within months, the firm added.

(Except for the headline, this story has not been edited by NDTV staff and is published from a syndicated feed.)