These are among hundreds of artifacts on display at Azerbaijan’s new Museum of Mountain Jews in the remote town of Krasnaiya Sloboda, an all-Jewish shtetl of about 3,500 inhabitants and two active synagogues 25 miles south of the Azerbaijani-Russian border.

The only problem: The global pandemic has prompted Azerbaijan to close its borders to foreign tourists. As a result, the museum is closed until further notice.

It was to have been inaugurated earlier this year by President Ilham Aliyev and the three Russian Jewish oligarchs who financed its construction. Invited guests from Israel and elsewhere were scheduled to attend.

But everything was canceled after the coronavirus first appeared in Azerbaijan.

Whenever Azerbaijan finally reopens to foreign visitors, they’ll be able to access one of the most remote collections of Judaica anywhere in the former Soviet Union. Housed in the restored Karchogsky Synagogue, which had lain dormant for years, the museum is a symbol of Azerbaijan’s efforts to preserve what’s left of its shrinking, isolated Jewish community. 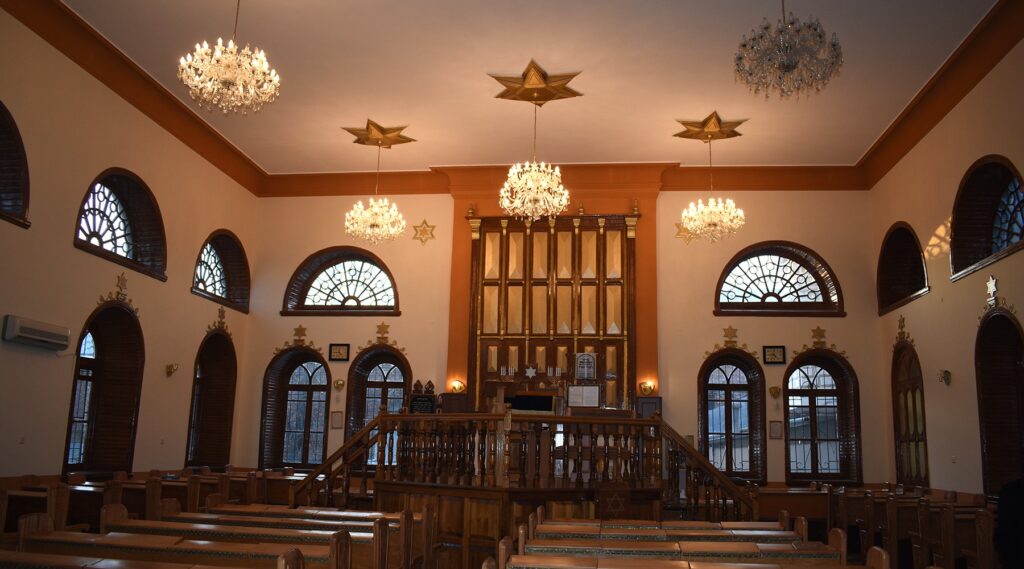 The Six-Dome Synagogue is a landmark in Krasnaiya Sloboda. (Larry Luxner)

Azerbaijan is home to about 24,000 Jews, according to local leaders. Some 4,000 are Ashkenazim who live in the capital, Baku. The rest are so-called Mountain Jews, who have distinct cultural, linguistic and religious traditions that sometimes more closely resemble those of their Muslim neighbors rather than those of other Jews.

Krasnaiya Sloboda, where practically all the residents are Jewish and many speak a Persian Jewish dialect considered endangered, is a one-of-a-kind place.

“There’s no other town in the world like this outside Israel,” Yoni Yaakobi, a Chabad rabbi who moved here 15 years ago from Kfar Saba, Israel, told a reporter during a pre-pandemic visit earlier this year. “The Jews here date from 2,500 years ago, even before the time of the First Temple.”

Area Jews got the appellation Mountain Jews because they used to live near Shahdagh, a peak in the Greater Caucasus range. Classified as neither Ashkenazi nor Sephardi, most are descended from Jews who began arriving from Persia in the 13th century. As a result, many of their texts are written in Juhuri — an obscure, ancient language consisting mainly of Farsi with some Hebrew mixed in.

The new museum features many of the unique elements of the Mountain Jews, including their traditional costumes and jewelry, as well as ritual utensils, manuscripts and ketubot, or marriage contracts.

One of the museum’s greatest treasures is the Slashed Book, a siddur used by a local rabbi hundreds of years ago to protect himself from the sword of a Muslim general whose army had come to attack Jews living in the area.

“The general tried to stab the rabbi, but instinctively the rabbi held the prayer book in front of him and it got cut in half — nothing happened to him,” said Pisakh Issakov, the top appointed municipal official in Krasnaiya Sloboda. “The Muslim saw this as a sign: ‘If your religion protects you this much, I have nothing to do here.’ That book has been passed from generation to generation, and now it has come back to us.” 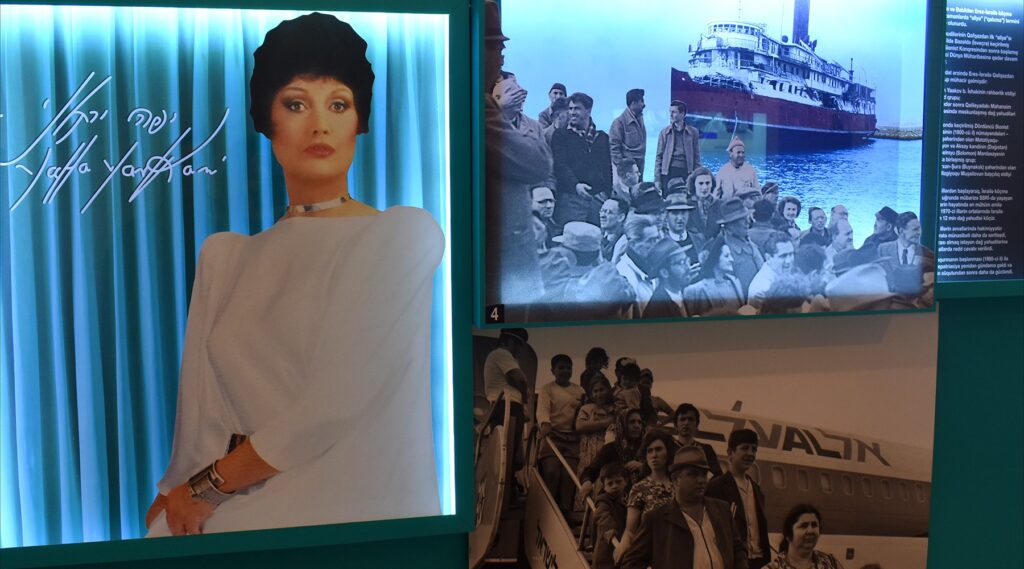 A display at the Museum of Mountain Jews in Krasnaya Sloboda depicts the early aliyah movement and Israeli folk singer Yaffa Yarkoni, whose family was of Azerbaijani origin. (Larry Luxner)

“The idea for a museum had been around for a long time, but we couldn’t find the space for it because the village is very crowded,” Issakov said. “Then we thought: This synagogue has been destroyed. Why not just restore it and turn it into a museum?”

Famous Jews featured in the museum’s displays range from the Israeli-born folk singer Yaffa Yarkoni, who was descended from Mountain Jews, to Albert Agarunov, an Azerbaijani tank commander who was posthumously awarded the title National Hero of Azerbaijan after being shot to death by an Armenian sniper at age 23 during the 1992 Nagorno-Karabakh War. That devastating six-year conflict displaced up to 1 million people, including Jews who had been living in the disputed Karabakh region, now under Armenian occupation.

While about 95% of Azerbaijan is Muslim, the country’s Jews say they get along very well with their neighbors. The government, which has been led by Aliyev since 2003, has kept a tight lid on Islamic extremism. 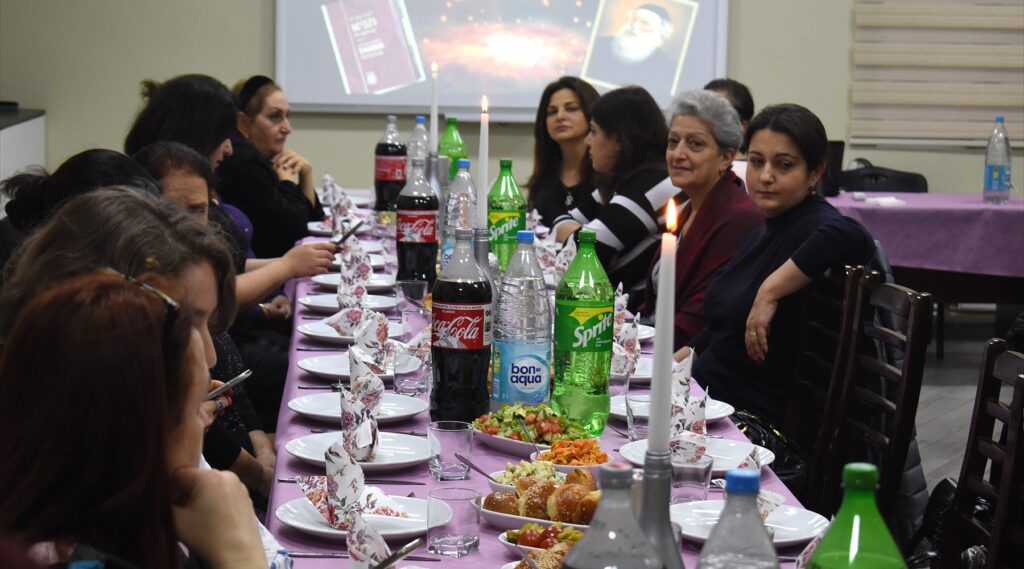 “We don’t have anti-Semitism because there’s a positive attitude among Azerbaijanis,” said Evgeny Brenneysen, deputy chairman of the Ashkenazi Jewish community in Baku. “If anything, people will bend over backwards to show friendship towards the Jews.”

Mubariz Guranli, chairman of Azerbaijan’s State Committee on Religious Associations, said, “We never had religious tension here and we don’t have it today.”

The great threat to Jewish tradition in Azerbaijan in the last century was the Soviet era, when much of Jewish practice was snuffed out. All but one of Kraisnaya Sloboda’s 13 synagogues closed.

Following the collapse of the Soviet Union and the economic chaos of the early 1990s, most of Azerbaijan’s remaining Jews moved to Israel or Russia. Even today, many of the Jews registered as residents of Krasnaiya Sloboda actually live in Moscow, Israel or New York.

Shneor Segal, chief rabbi of the Ashkenazi community of Azerbaijan, laments the lack of Jewish life in the country, blaming emigration and assimilation.

“Lots of Jews are here, but unfortunately after 70 years of communist rule there’s no real Jewish life,” said Segal, who also heads Chabad’s operations in Azerbaijan. “In most cities of the former USSR, synagogues were closed. Here in Baku they were open, but average people did not attend — only the elderly.” 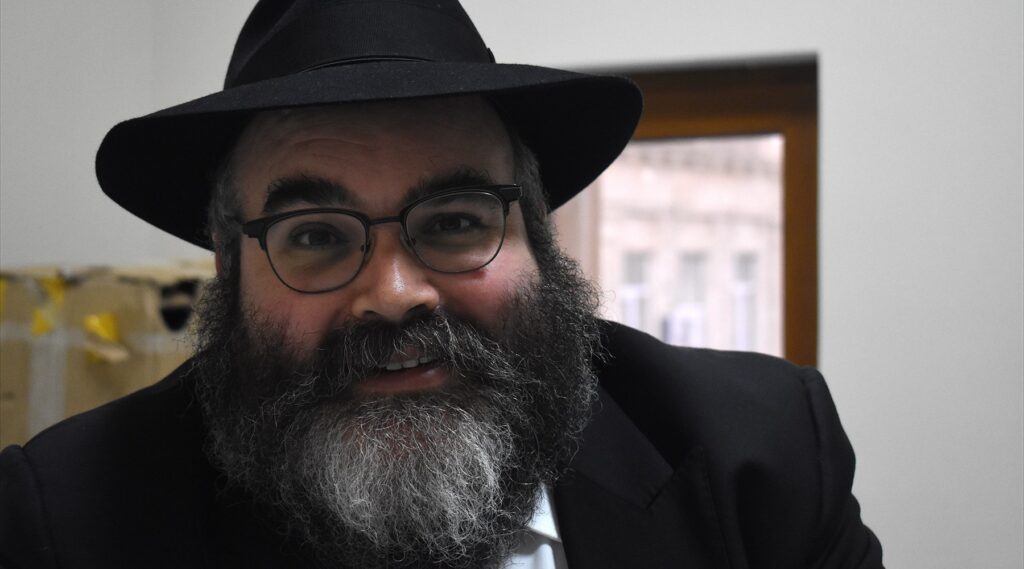 Shneor Segal is chief rabbi of the Community of Ashkenazi Jews of Baku. (Larry Luxner)

Because Azerbaijan was relatively tolerant of its Jewish minority, the rate of intermarriage is quite high, he added.

Today there are seven active synagogues in the country, including the large Ashkenazi Synagogue in Baku, which held daily prayers up until the COVID-19 outbreak. Baku is also home to Bet Chabad Or Avner, a Jewish educational complex with about 180 students. Last year, Azerbaijan’s first-ever kosher restaurant, 7/40, opened in the city’s Nasimi district, but it has since closed amid the coronavirus pandemic.

Local Jews are eager for the tourists to return, but with most flights into Baku on hold, including from Tel Aviv, that prospect remains far off.

“There’s no work, no jobs. We live from tzedakah,” said Yaakobi, the Chabad rabbi in Krasnaiya Sloboda. “Most of our young people have left to live in Russia and become businessmen. Most people will go to where the money is.”