Barber, 61, with breathing difficulties faces eight years in jail after failing to return his rental car on time in Arizona

By Joe Davies For Mailonline 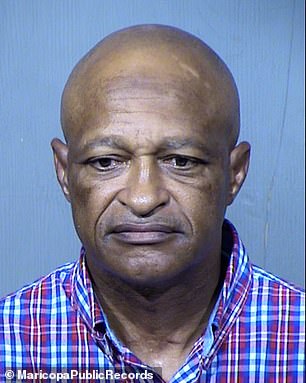 Brian Stepter, 61, failed to return his rental car on time and now faces eight years of prison time after he was arrested with drugs on him in 2016

A barber who failed to return his rental car on time now faces eight years in prison after he was arrested with drugs on him.

Brian Stepter, 61, has had breathing difficulties since he was shot 10 times in the neck in 2001 and said he fears going into prison during the coronavirus pandemic.

Stepter, who runs Cuttin’ Up barbershop in Scottsdale, Arizona, has been fighting the charges since he was arrested in 2016 with 0.13 grams of crack cocaine and 4.6 grams of heroin on him.

Police began surveillance on him five days after the car was due to be returned on July 5, 2016, because a neighbor tipped them off about ‘potential criminal behavior’.

Officer Darren Hyman phoned the rental company on July 14 to check if the Dodge Challenger had been returned on time.

Stepter believed he was able to keep the car 30 days after its return date as long as he kept paying late fees of $59 per day.

The car was reported stolen by the company and was recovered by police on August 3 after a woman driving it was arrested for shoplifting. 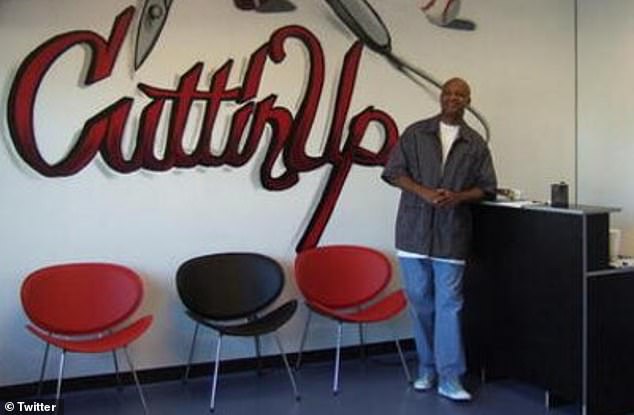 Stepter, who runs Cuttin’ Up barbershop in Scottsdale, Arizona, has been fighting the charges since he was arrested in 2016 with 0.13 grams of crack cocaine and 4.6 grams of heroin on him

Police arrested Stepter at a Seven-11 on August 14 on five felony counts: theft of means of transportation, unlawful failure to return rented property, possession of drug paraphernalia, and two counts of possession of narcotic drugs.

He fought charges while on bond and was arrested again in September 2019 for perjury and forgery after he wrongly filled out an application to set aside his conviction for a narcotic drug violation from 2011 in July 2019.

As his trial approached, Stepter took a guilty plea to unlawful failure to return rented property, possession of narcotic drugs and perjury in June, agreeing to eight years in jail. 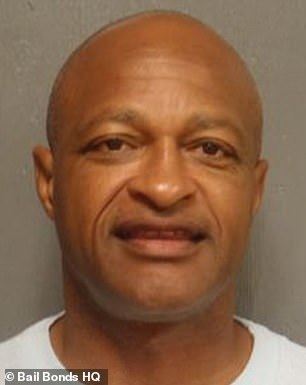 Stepter took a guilty plea to unlawful failure to return rented property, possession of narcotic drugs, and perjury in June

Stepter told The Appeal: ‘At this stage in my life, at 61, it’s almost a life sentence. And to bring up situations in the 1980s that I dealt with to crucify me.

‘I lost my dad since I’ve been in here. My mother is 80 years old. It’s scary. You never want to lose a parent while you’re in here.’

In the same month, Stepter was named as one of at least nine Maricopa County inmates who the Puente Human Rights Movement requested be released due to the Covid-19 pandemic in a class-action lawsuit filed against the county.

The suit claimed Maricopa County had not instituted ‘the most basic safeguards for incarcerated persons and staff,’ reported AZCentral.

Attorney’s wrote at the time: ‘The Covid-19 pandemic has taken hold at Maricopa County’s five jails, and the virus is spreading rapidly.

‘In just two weeks, the number of positive COVID-19 cases has skyrocketed from six to 313 — an exponential increase of more than 5,000 percent.’

Stepter has chronic respiratory problems that make it hard for him to breathe, requires oxygen treatments to clear his lungs and also takes blood pressure medication.