EMERALD ISLE, N.C. (WNCT) – The beach season is not over on the Crystal Coast. Starting this week, people will be able to take their vehicles for a drive on the beach.  As of Wednesday, almost 1,200 people have gotten beach driving permits from the town of Emerald Isle. Resident […]

EMERALD ISLE, N.C. (WNCT) – The beach season is not over on the Crystal Coast. Starting this week, people will be able to take their vehicles for a drive on the beach.

As of Wednesday, almost 1,200 people have gotten beach driving permits from the town of Emerald Isle.

Resident Richard White is one of those people. He’s been signing up every year to get a beach driving permit for more than a decade.

“We’ve stayed on this island since 2004, at least six months out of the year, and for the past seven years permanently,” said White.

He considers this program a great convenience.

“So easy to get down and have access to getting to the ocean or the sound,” said White.

But White knows what can happen when things go wrong — “about two years ago I saw a pickup truck, sitting in the water out here that got caught, at low tide and he couldn’t get it out, and they ended up being there for three or four days.”

First is awareness of the low and high tides. Fire officials have seen vehicles caught in the surf because they succumb to the water coming to the shore line.

They have also had to respond to vehicles on fire during the beach driving season. They advise people to lower the air pressure in their tires.

It’s gives people more traction, and that’s easier on the engine and puts less stress in your vehicle.

“Your engine is having to work harder and sometimes those engines can overheat which leads to additional fires in vehicles,” said Matthias.

Police officers will be monitoring drivers on the beach strands and checking for permits.

People who have permits must have a four-wheel drive vehicle and will be able to drive on the beaches of Emerald Isle until the end of April.

Officials warn people certain areas of the beach will be closed for nourishment projects.

The town manager says the money collected for those permits helps offset general fund expenses like the beach patrol.

The application requires your driver’s license and vehicle registration. Its available for residents and visitors, with prices ranging from free to $100.

Sun Oct 11 , 2020
India’s border skirmishes with China in 2020 have underlined one consequence of India’s decades of non-alignment: In this battle against the world’s next superpower, India fights alone. For sure, Indian soldiers are bolstered by both Western (and Russian) arms. Among democracies, support for India is almost assured—whether in form of […] 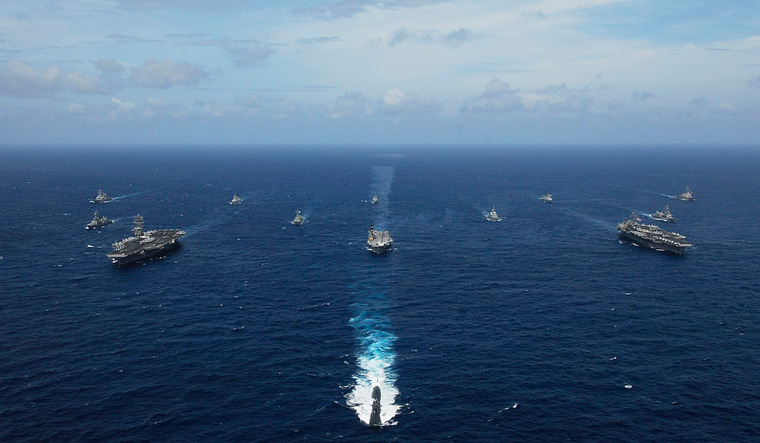