The Pergamon Museum opened 90 years ago. Following its closure due to the coronavirus pandemic, it has now reopened — just in time for the anniversary.

© Paul Zinken/picture alliance/dpa
The Pergamon Museum is reopening, but only partially


Despite being 90 years old, the Pergamon Museum in Berlin is the youngest of the five museums on the city’s Museum Island in the Spree River. With its impressive collection of archaeological pieces, it is the most visited museum in Berlin.

Following months of closure due to the coronavirus pandemic since March 2020, the museum reopened on October 3, 2020.

The real crowd-magnet of the Pergamon Museum — the Pergamon Altar which dates back to the 2nd century BCE — is however not on display yet. There has been extensive renovation work underway on the building since 2013, and the north wing of the complex, where the altar from the eponymous town of Pergamon in Asia Minor is housed, is currently undergoing restoration.

This construction phase is scheduled to be completed by 2025 at the latest. Hermann Parzinger, President of the Prussian Cultural Heritage Foundation told German news agency dpa: “Not being able to show the Pergamon Altar for so long is actually very painful for all of us.”

Extensive renovation work to the tune of €477 million

The renovation of the museum is executed in two stages. Once the construction work moves on to the south wing, the famed altar will accessible to the public again, pointed out Parzinger.

To date, the building complex has been based on three wings in a horseshoe shape; these will be complemented by a fourth wing on the waterside, allowing for a circular tour. In line with the original plans of founding director Theodor Wiegand, who had wanted to create exterior spaces within interior spaces, natural daylight will contribute to the atmosphere of the museum.

© picture-alliance/dpa/A. I. Bänsch
The windows of the museum needed to be replaced


The Federal Office for Building and Regional Planning, which is in charge of carrying out the renovation work, explains that for this particular reason the characteristic glass roofs of the museum will also be “repaired from the ground up and — where necessary — will also be renewed.”

The current estimate of the cost of the construction work on the 38,000 square meter complex is of around €477 million ($560 million).

Parts of the Pergamon altar friezes still on display

During this period of closure, there is an alternative to seeing the actual alter: The nearby temporary exhibition building “Pergamonmuseum – Das Panorama” presents a 360° panoramic view of the ancient city of Pergamon, the way it must have looked like in 129 B.C.

Some of the most valuable objects from the permanent collection of classical antiquities — such as the sculptures from the roof of the Great Altar — have been elaborately restored to feature in the partial exhibition that can still be enjoyed by visitors during the renovation works. It features around 80 of the most important works from Pergamon.

Some people wonder why these valuable altar friezes are in Germany at all, rather than their original home of the Turkish city of Bergama. That’s because they were originally discovered by German archaeologist Carl Humann, during excavations in the 1880s.

Three collections under one roof

The collection of classical antiquities is still considered to be one of the world’s most important collections of Greek and Roman art. But the Pergamon Museum also extends to include the Museum of the Ancient Near East and the Museum of Islamic Art, whose collections remain accessible to visitors.

The Museum of the Ancient Near East is famous for the colorful Ishtar Gate. Along with the Processional Way of Babylon and the reconstructed sculptures of Tell Halaf, it is part of the exhibition that highlights the 6,000-year-old cultural history of West Asia ranging from Mesopotamia and Syria to Anatolia.

The Museum of Islamic Art is mainly known for the stone façade of the Caliphal Castle of Mshatta and the Aleppo Room. It features applied arts and archaeological artefacts of Muslim societies as well as of the Christian and Jewish groups living with them from the 8th to the 19th century.

The Bode Museum, which is also located on the Museum Island, will also reopen along with the Pergamon Museum. This neo-baroque building at the north-western end of the Museum Island houses a sculpture collection highlighting masterpieces of European sculpture, as well as the Museum of Byzantine Art.

With the simultaneous reopening of the Pergamon Museum and the Bode Museum, all institutions on the Museum Island are now once accessible to visitors after the coronavirus closures. The Old Museum, the Old National Gallery, the James Simon Gallery, and the New Museum had already reopened earlier.

Nearly 3.1 million people visited the museums in 2019, with the Pergamon Museum attracting most of them — around 800,000 visitors, despite the partial renovation and the closure of the north wing.

Wed Oct 7 , 2020
Negative views about China have increased in recent years in many developed countries, most notably Australia, according to a survey by the Pew Research Centre released on Tuesday. The findings come at a time when China has adopted a more aggressive diplomatic approach towards the international community and is locked […] 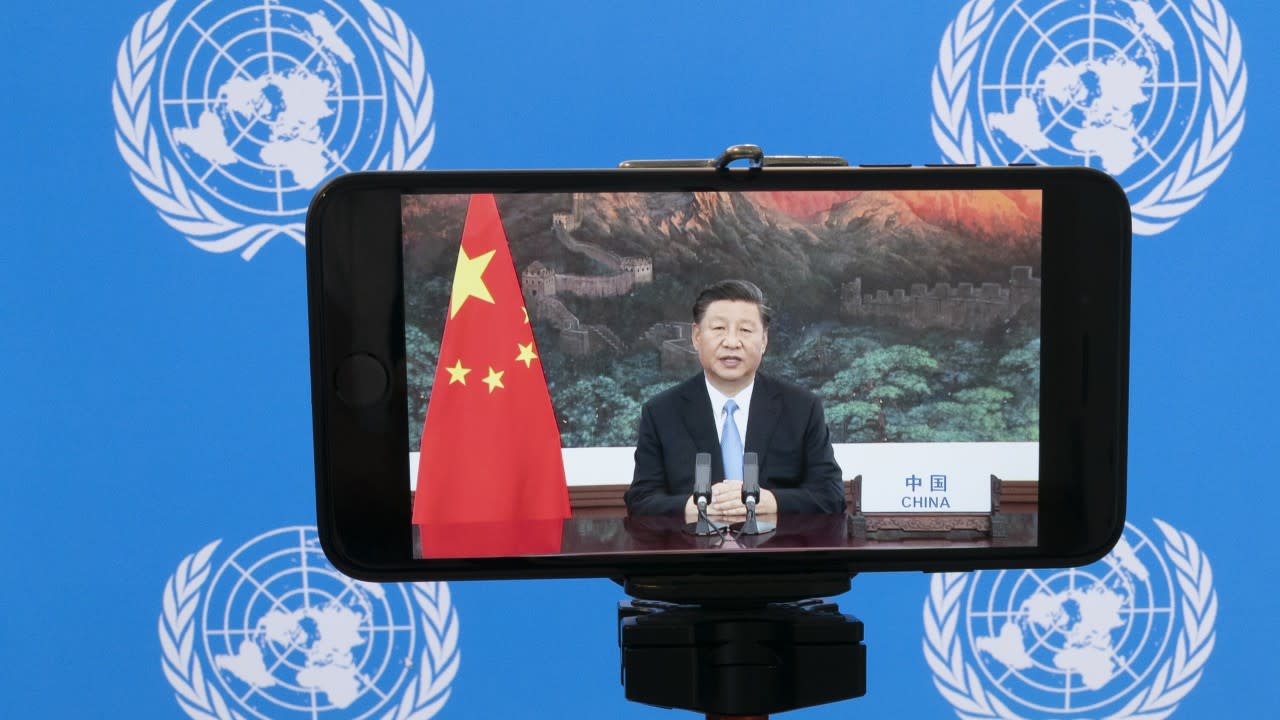