WARREN, MI – Bernie Sanders started his afternoon in the more progressive Michigan city of Ann Arbor. © Nicole Hester/Nicole Hester/Mlive.com/mlive.com/TNS Violet Anderson displays a Joe Biden flag on her car before a campaign event for Joe Biden where Sen. Bernie Sanders is scheduled to speak, in the parking lot […]

© Nicole Hester/Nicole Hester/Mlive.com/mlive.com/TNS
Violet Anderson displays a Joe Biden flag on her car before a campaign event for Joe Biden where Sen. Bernie Sanders is scheduled to speak, in the parking lot of Macomb Community College, on Monday Oct. 5, 2020 in Warren.


He spent the early evening in Macomb County, which President Donald Trump won for Republicans by nearly 50,000 votes in 2016.

In his second southeast Michigan stump speech for Joe Biden on Oct. 5, Sanders spoke to people sitting in about 180 cars outside Macomb Community College, 14500 Twelve Mile Road in Warren.

Sanders pointed to the post-pandemic economy under Trump as reasons for the county to vote for Biden on Nov. 3. He said the desperation for the working class is worse than any time “since the Great Depression of the 1930s.”

© Nicole Hester/Nicole Hester/Mlive.com/mlive.com/TNS
Supporters display signage on their cars before a campaign event for Joe Biden where Sen. Bernie Sanders is scheduled to speak, in the parking lot of Macomb Community College, on Monday Oct. 5, 2020 in Warren.


Sanders also supported Biden proposals such as raising the minimum wage to $15 an hour.

“It was not a good economy when, before he pandemic, over half of the American people were living paycheck to paycheck, with no ability to put a nickel in the bank,” he said. “It was not a good economy when 87 million people were uninsured or underinsured, 68,000 Americans were dying each year because they could not afford to go to a doctor and half a million went bankrupt because of medically related debt.”

Between Detroit, Warren and Livonia, there were about 2.1 million people employed in the workforce prior to the pandemic, which represented a full recovery of jobs lost since the 2008 financial crisis, according to Bureau of Labor Statistics. Employment plummeted to 1.4 million at its lowest point during the 2020 pandemic, before recovering to about 1.9 as of August.

“When I was running the workforce system here in Michigan, and we had the auto crisis and then the (2008) recession, President Obama really put (Biden) on point,” Levin said. “He worked hard, he showed up. He assigned staff that really had access to him all the time. He was really hands-on.”


Biden was in Macomb County on Sept. 9 where he spoke to a small crowd behind the UAW Region 1 headquarters.

In 2009, manufacturing jobs in Macomb and Oakland counties fell to 173,000, bureau labor statistics show. By December 2016, after Biden’s work with Levin, the same jobs increased to 251,000, which is about the same level as the year before the 2008 recession.

Sanders lauded Biden’s pro-union stance, an attempt to connect with voters in the union-heavy Macomb County.

“Joe Biden also knows that if we are going to expand the middle class in this country, we must make it easier for workers to join unions, engage in collective bargaining and end the heavy-handed corporate tactics that make it hard for workers to unionize in America,” Sanders said.

Biden would also create penalties for companies that create “offshore tax havens” that divert billions in federal tax revenue, said Ron Bieber, president of the American Federation of Labor-Congress of Industrial Organizations. Bieber spoke before Sanders and introduced him to the crowd of honking horns.

In addition to the pro-Biden crowd, about a dozen Trump supporters protested the rally. There was a minor break in Sanders speech when Genevieve Peters, a member of Women for Trump, walked near the front of the stage to wave a flag.

As police attempted to escort her away on a golf cart, she resisted, leading to an “accidental” cutting of Sanders’ mic, said Biden campaign officials.

Steve Cook, another Trump supporter, said he showed up to criticize how Biden has been pushed to the left by Sanders and other progressive politicians.

“Biden is being run by the Bernie’s, the (Alexandria Ocasio-Cortez’s) and the (Nancy) Pelosi’s of the world,” Cook said. “He hasn’t done anything in 47 years.”

This stance echoes the Trump campaign criticism of Biden that links him to the Green New Deal proposed by Cortez. Biden called his plan different during the first Presidential Debate last week, but did also say that “the Green New Deal will pay for itself as we move forward.”

While not a Sanders supporter during the March primary, Warren woman Violet Anderson said it’s important for Sanders to appear at events like these for Biden to turn out the “millennial” vote.

“I could not convince my college kids to vote for Hillary in 2016,” she said. “I think that Bernie is a little too far out there, but I came to this, because I think he is needed to connect with the millennials.”

Sanders spoke to student leaders in Ann Arbor earlier on Monday to inform them of satellite clerk clinics in Washtenaw County for early registration and voting.

‘This cannot be a partisan moment,’ Joe Biden urges during Grand Rapids stop

It’s time to get away to Astoria on the Oregon coast for craft beer, hikes and ‘Goonies’ fun

Tue Oct 6 , 2020
If you’re longing to escape to the Oregon coast, head as far north as you can until you meet the Columbia River and settle into Astoria. The oldest city in Oregon is famous for fun, from craft beer savored slowly on cool decks to grab-and-go burgers and bakery treats. Fort […] 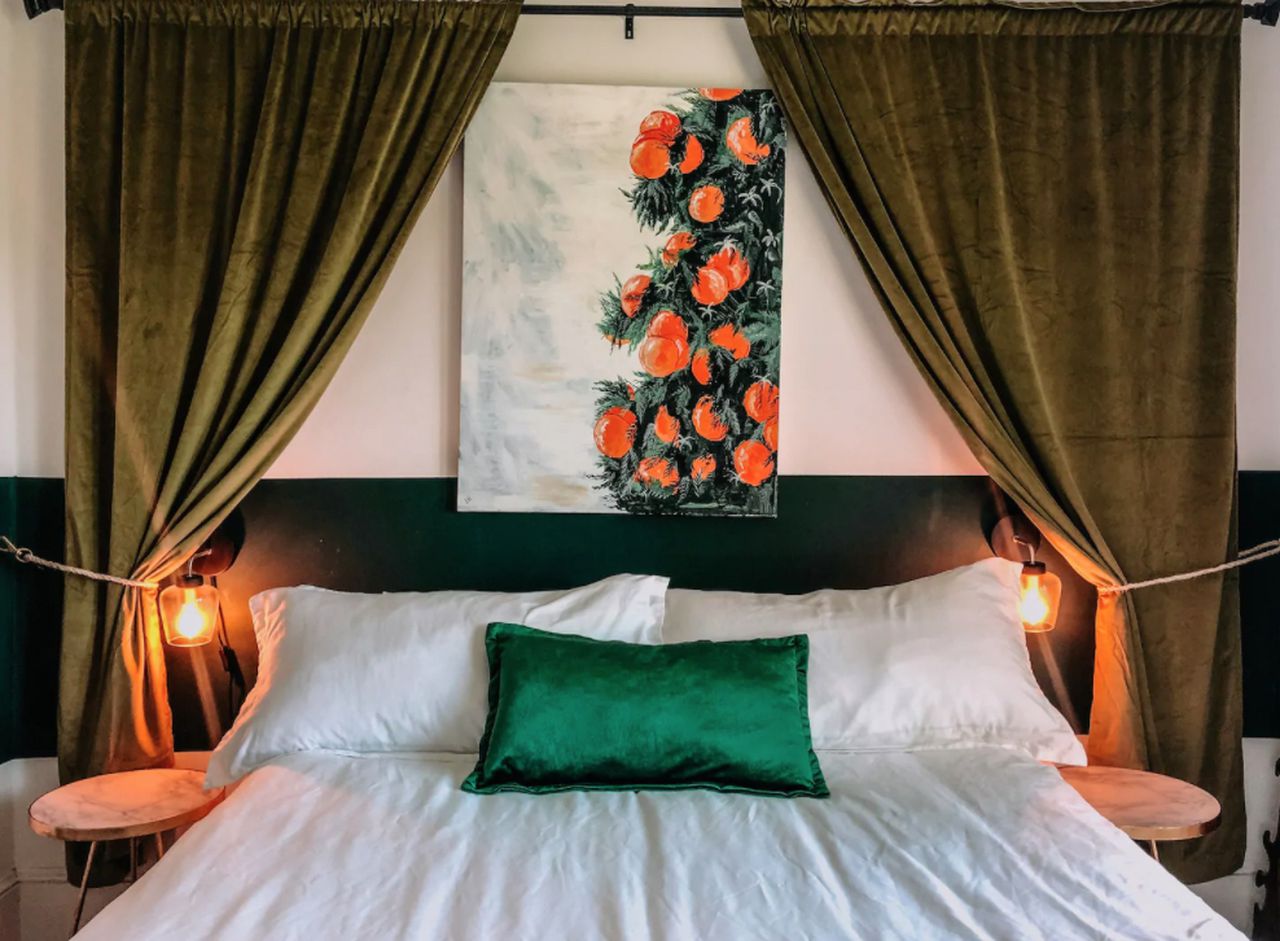