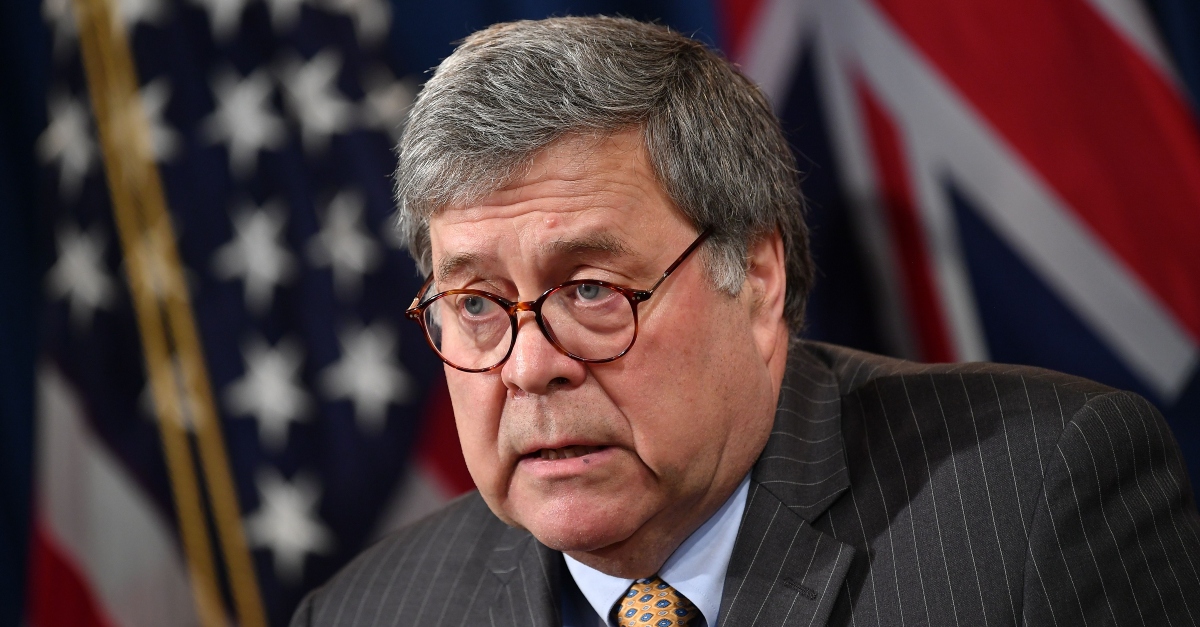 “When state and local leaders impede their own law enforcement officers and agencies from doing their jobs, it endangers innocent citizens who deserve to be protected, including those who are trying to peacefully assemble and protest,” Barr said in a statement set to be released Monday, according to the NY Post.

“We cannot allow federal tax dollars to be wasted when the safety of the citizenry hangs in the balance,” the AG added. “It is my hope that the cities identified by the Department of Justice today will reverse course and become serious about performing the basic function of government and start protecting their own citizens.” It is unclear what specific federal funding to these three cities will be slashed, but White House budget director Russ Vought is reportedly set to issue guidance to federal agencies on withdrawing funds from the cities in less than two weeks.

The Trump administration’s aggressive actions towards Democratically run cities drew the ire of many on Twitter—particularly those who live in New York City—where there hasn’t been any violent protesting (at least outside the norm) since the earliest days of the civil unrest that followed the killing of George Floyd. To wit:

Feels good to live in an anarchist jurisdiction. Might go get a sandwich later

I still can’t get a glass of fucking wine without buying food, restaurants have to be cleared out by 11 and the cops are actively policing both but this is an anarchist jurisdiction? GTFO we’re Utah 20 years ago. https://t.co/byTMjHvzN4

Just to note: a) the impeachment process was a chance to make clear the President cannot control resources like a King, but the Senate let him break the law, b) taking money from “anarchist” (read liberal) cities is a hell of a thing when white supremacy is our main terror threat

NYC isn’t in a state of anarchy.

But that’s not the point.

Outlawing & punishing opposition to the administration and civil protest: that’s the point.

New York City is such an anarchist paradise that I was able to walk and jog 6 miles, unmolested, before sitting down with my iced coffee and a homemade banana chocolate chip muffin my daughter made. #nycanarchy

Have a tip we should know? [email protected]