Skip to content
By: Noble HorvathPosted on September 25, 2020
CLOSE

Authorities discovered the body a Pensacola boater Wednesday one week after he went missing in Hurricane Sally.

Brandon William Nicholson, 27, is the third recorded Florida fatality due to Hurricane Sally.

Nicholson left shore in a 12-foot jon boat Sept. 16 in an attempt to save his mother’s pontoon boat that became untethered in the strong currents and winds brought by the hurricane.

More: Family clings to hope missing boater, feared to be first Sally fatality, will be found

His body was discovered at 4:15 p.m. Wednesday after coming ashore near the Blue Angel Recreation Park located at 2100 Bronson Road, according to ECSO spokeswoman Amber Southard.

Nicholson’s family had been contacted and made aware of the situation before information pertaining to discover was released to the public.

How to help: Family of boater missing in Hurricane Sally seeks donations to privately continue search

The U.S. Coast Guard and rescue workers searched for Nicholson for two days after he was last seen at about 10:30 a.m. Sept. 16 having just left his Riola Place home paddling a 12-foot jon boat.

Brandon Nicholson’s mother, Kristine Crowell, told the News Journal on Friday that she begged him not to go after her runaway pontoon boat during the storm.

“I begged him not to go,” Crowell said last week. “And he goes, ‘Well, do you want your boat?’ And I go, ‘No, I want your life Brandon. Brandon, I want your life. No, that boat means nothing.’ That’s my story. Everything is in ruins.”

Nicholson is survived by his wife, Stephanie Nicholson, and their two children Wyatt, 3, and their youngest son, Memphis, who is 1-year-old.

His body was the second to be found in as many days.

Escambia County Sheriff’s Office confirmed a body recovered earlier this week was that of a kayaker who went missing during Hurricane Sally. 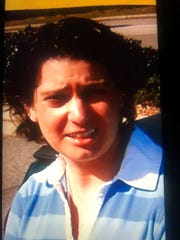