As All Hallow’s Eve approaches on the autumnal calendar, the haints of Charleston come out to play among the age-old live oaks of historic Boone Hall Plantation. And many of those haints are in fact actors in costume waiting to scare the life out of people coming to Boone Hall’s […]

As All Hallow’s Eve approaches on the autumnal calendar, the haints of Charleston come out to play among the age-old live oaks of historic Boone Hall Plantation.

And many of those haints are in fact actors in costume waiting to scare the life out of people coming to Boone Hall’s spookiest annual attraction, Fright Nights. The ghostly monthlong festivities draw an average of 30,000 attendees in October each year with around 150 people working the event on busy weekend nights, according to event director Ryan Neal.

Get a weekly list of tips on pop-ups, last minute tickets and little-known experiences hand-selected by our newsroom in your inbox each Thursday.

After an unexpected hiatus last year, Boone Hall Fright Nights has returned with new internal management and an array of hi-tech visual and auditory effects.

I arrived at the farm-turned-haunted-grounds Saturday night to the familiar fair smells of hot boiled peanuts, freshly popped kettle corn and powdered sugar-engulfed funnel cakes. It was right around 8 p.m. and the night air was already highlighted by the eerie red glow of the main haunted house and the lime green lights of a DJ on stage entertaining those waiting in line to enter.

The daytime pumpkin patch was transformed into an evening midway, lined with food trucks and scattered with picnic tables for consuming some enticing fare. Meanwhile, four roped-off lines awaited in the distance, offering entry to the new 2017 Fright Nights attractions: The Crypt, The Cemetery of Lost Souls, The Gateway and the classic Wicked Woods Haunted Hayride.

My mind flashed back to middle and high school Octobers in Mount Pleasant and several past years of attending the local fall staple, from a clown-themed insane asylum to the butcher blocks and electric chair shocks awaiting inside the haunted house.

Nothing quite compares to the thrill of getting scared out of your mind, and my anticipations for the newest rendition of a Lowcountry classic were set at a high bar.

The longest wait always seems to be for the hayride, and this year was no different, with hundreds of opening weekend attendees lined up for their ride through the woods. My Faster to the Fear Pass, which will cost you an extra $12 if you’re attending all attractions, allows attendees to enter a separate shorter “VIP” line. It was well worth skipping the most likely half-hour to hour wait and arriving with just a five-minute delay at the edge of the forest.

The first thing I noticed about the tractor-led vehicle awaiting departure was its size. It was much longer and lower to the ground than previous haunted hayride chariots, most likely to accommodate larger crowds and provide easier access for the creatures of the woods to scare passengers.

I climbed on board, took my seat on a seasonal hay bale and awaited an appearance from our ghoulish tour guide, a Fright Nights standard since I can remember. However, I was highly disappointed to discover that an automated recording had been installed as a replacement.

I didn’t let this totally dampen the experience and let myself slip into the spooky storybook world awaiting. I admit, I was legitimately frightened a few times along the route, which included a witch brewing her cannibalistic potion, giant monsters and even chainsaw-wielding masked vigilantes who jumped aboard the ride to terrorize.

After escaping the “Wicked Woods” unscathed, it was time to enter “The Crypt,” the main haunted house attraction. The entry room, reminiscent of Disney’s Haunted Mansion ride, included a mischievous host and video introducing us to the terrors ahead.

The haunted house curves in a giant maze, bending past creepy coffins and skeletal remains with a few trick walls and hidden doors. But there were not as many scary moments as I anticipated, mostly due to a lack of demons on duty. Past haunted houses were filled with themed rooms and several “scarers” in each of them. This was a disappointing departure.

Fright Nights’ redemption came, however, in the form of The Graveyard of Lost Souls. The hallowed grounds hold the gravestones of many a dead soul, epitaphs ranging from “R.I.P. Mom” to “Here Lies Eternity.” The open space itself, scattered with headstones and mausoleums, was bone-chilling enough, but the crying veiled bride chasing after me and undead souls begging me to stay were the icing on the cake.

My heart was pounding for this one.

The last of the four new Fright Nights attractions combined neon colors and contortionists in body suits with 3D glasses. Dubbed a “4D” experience, The Gateway was a quick but hallucinatory jaunt past wild, brightly colored visuals. It left me feeling like I had been on some sort of intergalactic adventure when I stumbled back into the current dimension.

And just like that, the fun was over, and I left the ghouls to haunt some other poor souls into the evening.

When Should Agents Broach the Subject of Travel Credits With Clients?

Sun Sep 20 , 2020
With no clear timeline as to when the pandemic will end, travel advisors must assess when to broach the subject of travel credits for clients who chose to postpone rather than their cancel vacations. Many travel advisors believe that time is now. “We need to be staying in touch with […] 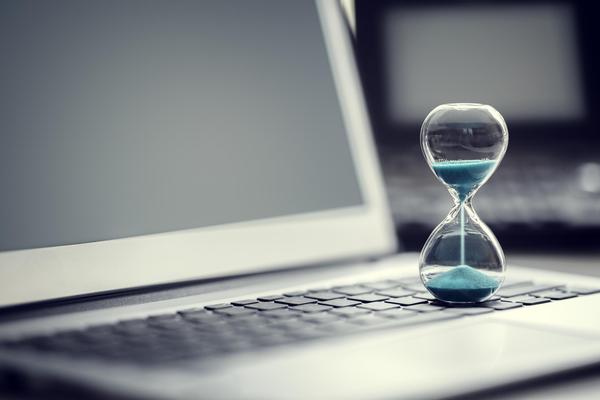