Breonna Taylor’s image has appeared on the cover of Vanity Fair magazine and in giant murals around the county — but Tamika Palmer says she still wears a T-shirt bearing her daughter’s likeness to make sure no one forgets her name and how she died in a hail of police gunfire in her own home.

“I wear this shirt just to remind people that every day I’m fighting for her,” Palmer told ABC News. “It doesn’t matter if my day is full of me running errands; when I’m out and about, people see me so they need to see her name.”

On Tuesday, Palmer stood before news cameras wearing her T-shirt as she and the mayor of Louisville, Kentucky, announced a $12 million settlement in a lawsuit she filed against the city after three white police officers serving a “no-knock” warrant on Taylor’s apartment in March broke down the door and shot her multiple times.

The settlement, which lawyers for the Taylor family say is the largest ever paid out for a Black woman killed in an alleged police misconduct case, also includes an agreement to implement major reforms in the Louisville Metro Police Department in hopes they will prevent anything similar from occurring again.

“The police reform will definitely be a part of her legacy,” Palmer said of her daughter. “So it’ll help to continue to let her name live on now.”

Louisville Mayor Greg Fischer said the reforms are intended to build stronger connections between the city’s police department and the communities officers serve. They include establishing a housing credit program to incentivize officers to live in certain low-income neighborhoods in the city, and encouraging officers to volunteer two hours every two-week pay period in the communities they serve.

A program will be established to include social workers in the police department to assist officers on certain calls, particularly those involving people suffering from mental illness. The reforms will also require the police department to overhaul how search warrants are obtained, and to create an Office of Inspector General to oversee an “early-warning system” that tracks use-of-force incidents and citizens’ complaints in an attempt to weed out bad officers, Fischer said.

In the six months since the 26-year-old Taylor was shot to death, protesters throughout the country have repeated her name in their almost daily calls for justice for her and a growing list of Black people killed in confrontations with police.

Civil rights attorney Benjamin Crump, who is representing the Taylor family, told ABC News that he and Palmer hope the reforms reached in Louisville, which also include policies to increase police accountability and transparency, will “be used as a model all across America in the name of Breonna Taylor.”

“That was her conviction from the very beginning when we started to negotiate,” Crump said of Palmer. “She wanted to have reform.”

He said the program to incentivize officers to live in the communities they work in is particularly important.

“We’ve always said it’s important that if the police knew the individuals in the communities that they were policing there would be less of this ignorance of one another,” Crump said. “You wouldn’t fear these young Black people when you saw them because they would be your neighbors.”

Taylor and her boyfriend, Kenneth Walker, were sleeping inside their Louisville apartment on March 13 when police officers attempted to execute a “no-knock” search warrant. Three plainclothes officers forced open Taylor’s front door and “blindly” fired into the apartment, according to a wrongful death lawsuit filed by Palmer in April.

Taylor, a certified emergency medical technician, was accused of accepting USPS packages for an ex-boyfriend who police were investigating as an alleged drug trafficker, according to the warrant. No drugs were found in her home, officials said.

MORE: What we know about Breonna Taylor’s death and the ongoing fight for justice

The police officers claimed they knocked several times then used a ram to open the door before they were met with gunfire. Walker said he called 911 before he used his licensed firearm to fire one shot, which struck one of the officers in the leg.

The three officers involved in the shooting, Sgt. Jonathan Mattingly and detectives Brett Hankison and Myles Cosgrove, were placed on administrative reassignment pending the results of an investigation.

MORE: ‘Egregious’: Medical alerts, tripped alarms and open doors have all gotten people killed by police at their homes

Hankison was later fired for his role in the incident. According to his termination letter that was shared with local reporters, Hankison violated procedure when he fired 10 rounds into Taylor’s apartment while executing the warrant.

Taylor’s family has called for the officers to be criminally charged. Kentucky state Attorney General Daniel Cameron released a statement this week saying the case remains under investigation.

Palmer said she will not rest until the officers responsible for her daughter’s death are held accountable.

“We need charges brought against these officers,” Palmer told ABC News. “I’m still working for getting justice for her. For me, it will never be over.”

The Singapore Grip: What to and where to go in Singapore - city travel guide | Short & City breaks | Travel

Thu Sep 17 , 2020
The Singapore Grip airs tonight – the first episode in a six-part series based on JG Farrell’s satirical colonial drama of the same name. Singapore in Southeast Asia attracts hundreds of thousands of British tourists every year. So what is there to do there? Express.co.uk teamed up with the Singapore […] 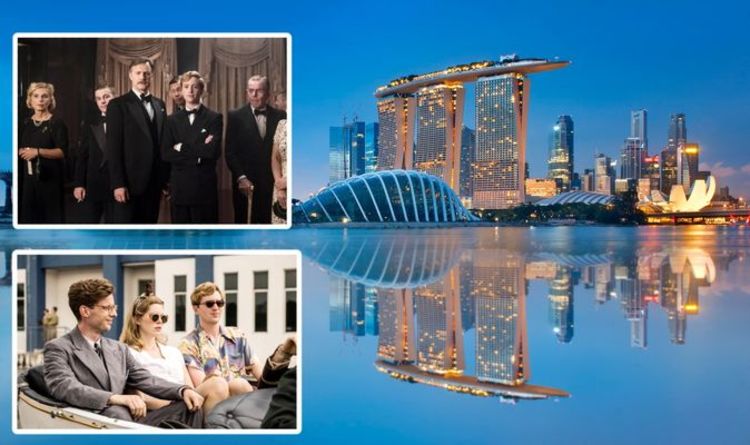