A mother-of-two is lucky to be alive after she drove down a busy Brisbane motorway at 80km/h while more than four times the legal limit.

Kerrie Dunstan, 47, was caught driving on the wrong side of the Gateway Motorway with a blood alcohol limit of 0.214 on January 11.

Police released footage of the horrifying incident on Friday as part of Queensland Road Safety Week, the Courier Mail reported. 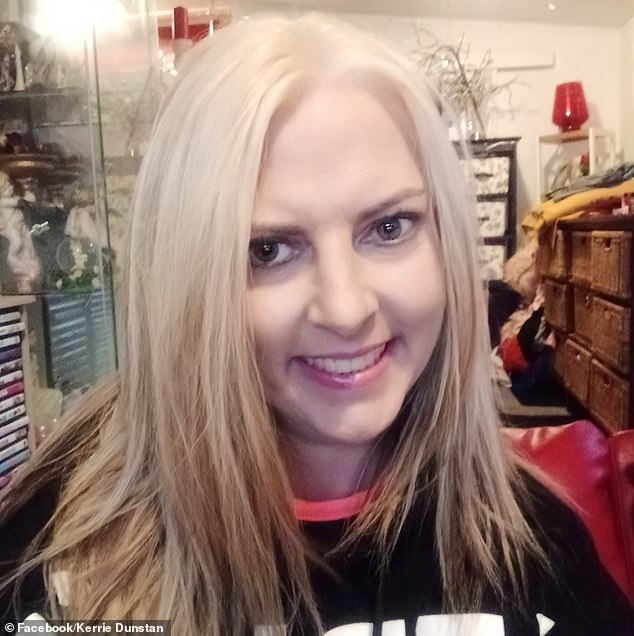 Kerrie Dunstan (pictured), 47, was caught driving on the wrong side of the Gateway Motorway with a blood alcohol limit of 0.214 on January 11 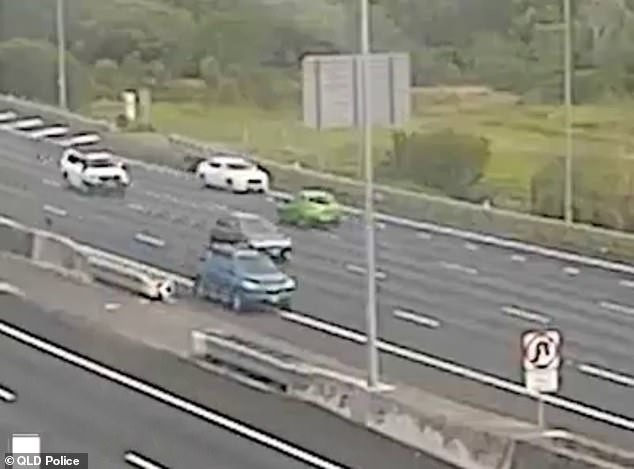 Dunstan (in green car), can be seen entering the motorway at the Wynnum Road exit

Other cars are forced to swerve out of Dunstan’s way in order to avoid a head-on collision.

This continued for two kilometres.

Members of the public were eventually able to stop Dunstan and help her out of her vehicle.

The clip was released to show the dangers of drink and drug driving after 93 Queenslanders lost their lives in road traffic accidents in 2019.

Dunstan pleaded guilty to dangerous operation of a motor vehicle and driving under the influence on June 23 at Wynnum Magistrates Court. 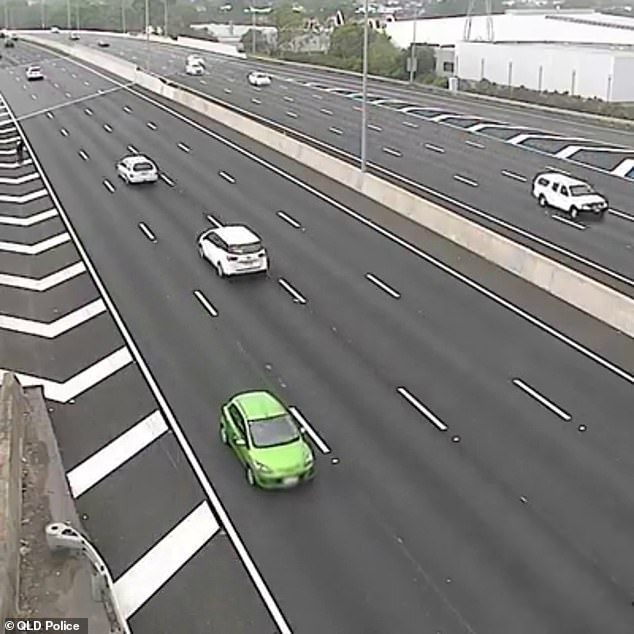 Senior Constable Duncan Blackburn showed the video to the court during proceedings.

Dunstan’s lawyer, Lily Berkeley, said she was remorseful and her alcoholism was caused by a troubled past.

Magistrate Leanne Scoines sentenced Dunstan to six months in prison, which has been suspended for 12 months.

She was disqualified from driving for two years and fined $600 for other charges.