Mario Gotze. Christian Pulisic. Ousmane Dembélé. Jadon Sancho. Erling Haaland. Giovanni Reyna. Jude Bellingham. With their transformation into the Bundesliga’s swashbuckling title contenders, Borussia Dortmund has made themselves a destination for exciting, young soccer stars. There’s something in the water at Westphalia that turns potential into proven articles. Few teams […]

With their transformation into the Bundesliga’s swashbuckling title contenders, Borussia Dortmund has made themselves a destination for exciting, young soccer stars. There’s something in the water at Westphalia that turns potential into proven articles. Few teams in top European leagues place so much emphasis on youth talent as the Black and Yellow, and it’s been entirely to the benefit of club and player.

It is reminiscent of another powerhouse club, this time in the Netherlands. Ajax have famously had youth players come in and introduce themselves to the soccer world. Frenkie de Jong, Matthijs de Ligt, and Donny van de Beek are just a few of the Dutch side’s recent standout young talents. And both Ajax and Dortmund are known for taking diamonds in the rough and polishing them to shine on soccer’s biggest stages.

(The Bundesliga 2020-21 season arrives this year to ESPN+. Subscribe now to never miss a game!)

This is, in part, a product of the culture and work ethic at Dortmund. Following their near-bankruptcy in 2005, the club and its administration had to reevaluate plenty of their footballing strategy — and that included how they recruited. The club’s youth academy director, Lars Ricken, told CNN Sport that “[…] We at Dortmund have a clear idea, a clear philosophy, and we give these players experience and playing time.”

It’s those two things that players chase when they choose to sign for the Black and Yellow. They know they’ll get their chance to shine in those iconic yellow shirts, that they’ll get opportunities to prove themselves. In the words of the late, great Sir Matt Busby — another proponent of young soccer stars — “if they are good enough, they are old enough.” Pulisic made his debut at 17, the same for Sancho. Haaland was 19 when he put up a hat trick in his first-ever game for the Bees. Their title-winning squad under Jurgen Klopp had an average age of 23.

Dortmund points to their small but efficient and diligent transfer network. Led by Markus Pilawa, they thoroughly vet potential players and work with the first-team staff to determine compatibility. Their network is extensive as well, and Pilawa has worked to expand that beyond Europe, as evidenced by the arrivals of Pulisic and Reyna. Soccer is a still-growing sport in North America, but as more of its stars begin to shine — and the women’s national team continues to flourish — it could soon become another source for burgeoning young talent.

The club also scouts early, often keeping potential signings on the radar two or three years before they’re approached. It’s partly to ensure suitability with Dortmund and its ethos and system, and partly to monitor their trajectory of development. Then the club swoops in, not with grand promises and huge checks, but with an extended hand and a nod to the team sheet. Their track record, after all, proves itself.

It’s the Dortmund Stop: the place for young, exciting talent to gain first-team experience and accelerate their development. They can take their aspirations and abilities, and lay them out for the world to witness, right in front of the infamous Sudtribune (the Yellow Wall). They can test themselves against the best teams across Europe, make headlines and finesse skills. Wearing their iconic yellow kits, they tell the world, “I am here.”

This is, of course, a double-edged sword. Dortmund’s young players form the backbone of their fast-paced football, but it makes it difficult for them to truly contend for the Bundesliga title. There is a core that remains constant, but when the cast continually changes, it’s difficult to sustain a challenge on the seemingly-indomitable Bayern Munich. There are hopes that their retention of Sancho — and hopefully both Haaland and Reyna, in the future — are a declaration of the opposite, that they are more than a ‘feeder club’; that they can keep their players and set their sights on the top.

The Bundesliga has now opened, with promising debuts from the young Bellingham. The English midfielder scored in the 5-0 rout of MSV Duisburg in the DFB-Pokal, and assisted Reyna in the 3-0 win over Borussia Monchengladbach in the Bundesliga. That opening goal was a record for the club, making him Dortmund’s youngest scorer in a competitive match at 17 years, 77 days. And of course, fans will hope that’s just the beginning.

There are other talents waiting in the wings, prospects from Dortmund’s own academy. There will be other aspiring stars who will look to the Black and Yellow for their senior career breakthrough. Dortmund will keep looking out for young players hungry for experience and a place to prove themselves. And hopefully the club becomes not just a stop for these stars on their way to bigger things, but the home where they win it all.

Catch all the Borussia Dortmund and Bundesliga action exclusively on ESPN+! Subscribe today for just $5.99 per month — or save and get the annual bundle for $49.99

Wed Oct 14 , 2020
(Reuters) – Amazon.com Inc on Tuesday began 48 hours of promotions as part of “Prime Day,” a closely watched marketing event the company had postponed due to operational challenges from the coronavirus pandemic. The event, typically held in July to boost summer sales, is now a kickoff to what will […] 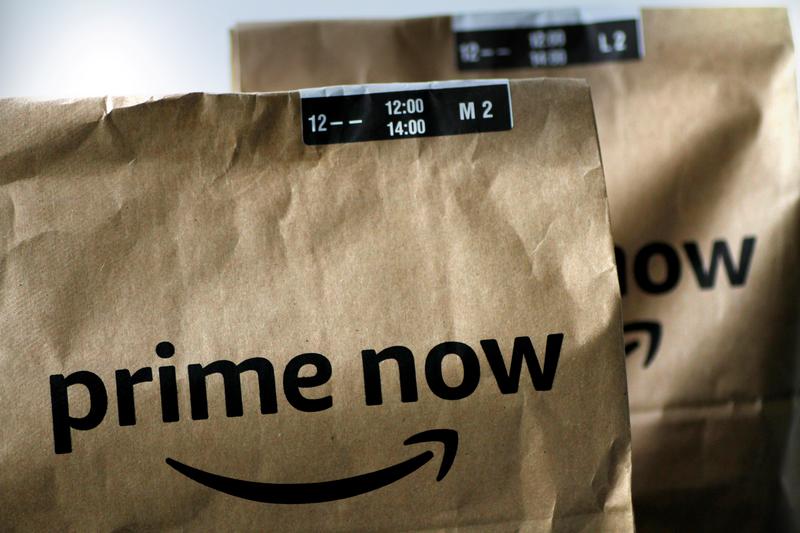