CLOSE Here’s what the parks could look like when they reopen their gates. USA TODAY Under pressure from the amusement industry and tourism-dependent cities, California Gov. Gavin Newsom on Wednesday vowed action “very, very shortly” that could reopen Disneyland and other shuttered theme parks. “We will be making announcements soon […]

Here’s what the parks could look like when they reopen their gates.

Under pressure from the amusement industry and tourism-dependent cities, California Gov. Gavin Newsom on Wednesday vowed action “very, very shortly” that could reopen Disneyland and other shuttered theme parks.

“We will be making announcements soon as it relates to theme parks and amusement parks,” he said at a briefing on the coronavirus and the state’s wildfires. “I am not here today to make that presentation, but want folks to know we are actively working in a number of sectors.”

Even a partial reopening would help Anaheim and surrounding cities in California’s Orange County that depend on tourists from around the world to spend lavishly at Disneyland and Knott’s Berry Farm, hotels, restaurants and shopping districts.

The pressure on Newsom has been increasing.

Anaheim Mayor Harry Sidhu invited Newsom to visit Anaheim to see for himself both the economic havoc that the pandemic has caused in the city and how it might be able to reopen safety. In particular, he points to the success of the Downtown Disney shopping and dining district attached to the 65-year-old theme park, which has been welcoming guests since July.

“Make no mistake. This is not a choice between public health and the economy,” Sidhu said in prepared remarks. “There is a path forward that guards against new cases and restores our economy.”

Anaheim’s unemployment rate is running at about 15%, compared with a peak of about 12% during the recession a decade ago, said city spokesman Mike Lyster. The city projects a fiscal-year deficit of at least $75 million, instead of the surplus that had been expected before the pandemic struck.

Besides the convention center, two of the city’s largest hotels remain closed, he added.

“We are disappointed with the state’s lack of progress in providing the industry with guidance and clarity on reopening,” Ken Potrock, president of the Disneyland Resort, said in a statement. “We have proven we can operate responsibly, with strict health and safety protocols at our properties around the world and at Downtown Disney in Anaheim.”

He went on to say that “tens of thousands of people’s livelihoods depend on our ability to operate and we stand ready and willing to accelerate discussions with the Governor and his team to make ‘real progress’ toward our reopening.”

More: California making ‘a lot of progress’ on reopening theme parks, but Gov. Newsom isn’t ready to say when

The number of COVID-19 cases has fallen enough that Orange County was allowed by the state to reopen more businesses Sept. 8. They include gyms at 10% capacity, indoor dining in restaurants and movie theaters at 25% and indoor shopping centers and stores at 50%.

The mayor’s remarks came a day after the head of the California Attractions and Parks Association, whose members include both Disneyland and Universal Studios, also called for Newsom to release rules for reopening.

“California’s amusement parks urge the governor to issue amusement park guidelines expeditiously so these vital community attractions can reopen their doors in a responsible manner and get residents back to work,” Erin Guerrero, CAPA’s executive director, said in a statement to USA TODAY.

7 U.S. National Parks That Are Better In Fall (And Where To Stay On Points)

Sun Sep 20 , 2020
Americans have flocked to national parks this year and that’s no surprise. Roadtripping provides an extra bubble of personal space and the great outdoors offer a natural opportunity for social distancing. With fall just around the corner and no end in sight for closed international borders, seeing more of our […] 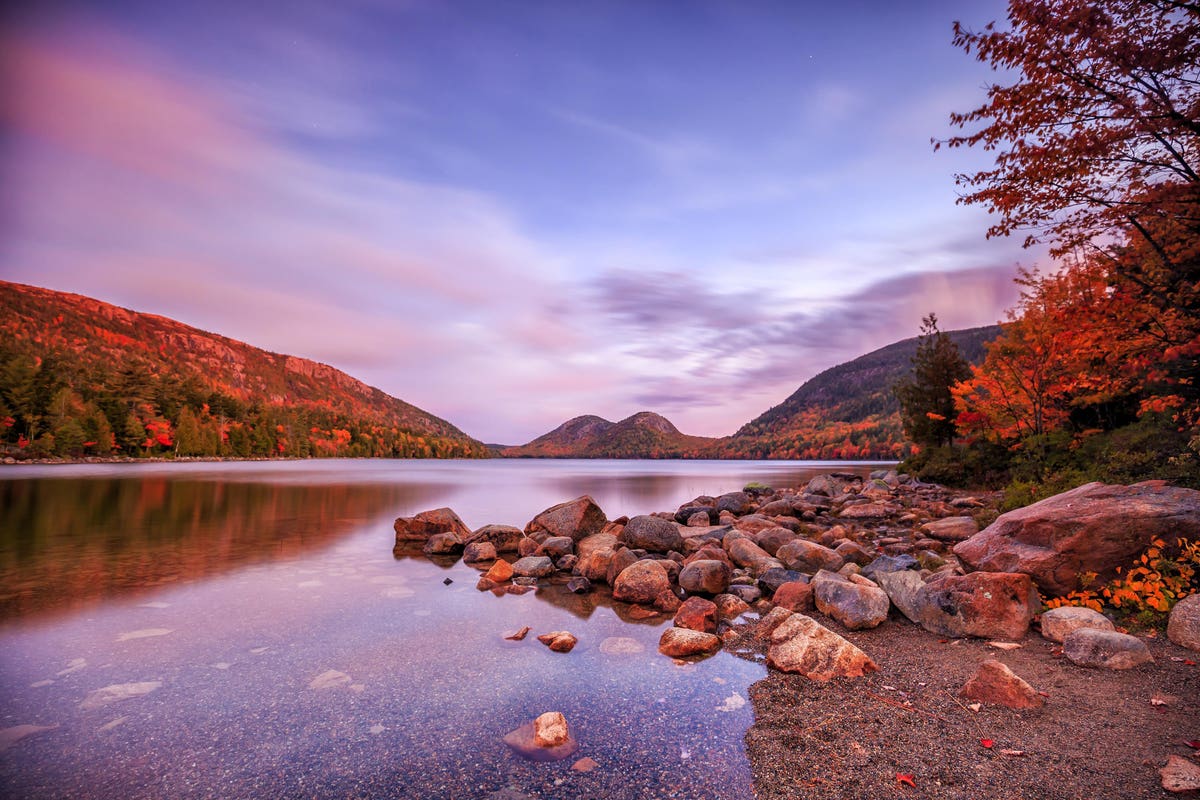