The Minecraft suite of games is getting new additions, said developer Mojang during a Minecraft Live event on Saturday, including expansions to Minecraft, the Education Edition, and Minecraft Dungeons, which is getting crossplay. Here’s what you need to know about Minecraft 1. 17. Minecraft’s new update goes underground Minecraft will […]

The Minecraft suite of games is getting new additions, said developer Mojang during a Minecraft Live event on Saturday, including expansions to Minecraft, the Education Edition, and Minecraft Dungeons, which is getting crossplay. Here’s what you need to know about Minecraft 1. 17.

Minecraft will be receiving a big update in 2021 revolving around caves and cliffs. These additions address requests from players over the last few years to make the game’s underground more robust. An archaeology system is being added to the game, too, meaning players will discover ruins and artifacts if they dig deep enough.

Caves will have more varied biomes, including huge lush caverns, dripstone caves, and rare crystal geodes, which if found can be used to craft a telescope. Their topography will be more diverse, with narrow tunnels, underground lakes, and waterfalls that let players raft underground.

New blocks will be included in the update, such as the sculk sensor, a block that reacts to movement by emitting a redstone signal. Stalactites and stalagmites will finally also be added to the game, increasing fall damage if they are landed upon. Ouch!

The updates to caves also bring new mobs. The Warden is a hostile creature that attacks based on movement, forcing players to move through the underground more carefully. Not all the new mobs are foes, however, as the friendly Axolotl will come to your aid in battle.

It’s not all about the underground, however. The cliffs update will bring similar improvements to mountains in the game, with snow traps and mischievous goats among the highlights. Still, this update seems to be about 90% caves, 10% cliffs.

The popularity of Minecraft has grown even higher as people stay at home due to the pandemic, with a 90% increase in playing time since March 2020 and a new monthly peak of 132 million players. Microsoft also boasts that its enjoyed in every country and territory, including Antarctica and Vatican City.

New lessons in racial equality for the Education Edition

Minecraft: Education Edition, which was released during the early days of COVID to help children with remote learning, will be receiving new content throughout the fall. A new lesson entitled “Equality and Inclusion,” created in partnership with educators from the public school districts of Atlanta and Los Angeles, is being added.

This includes a new map entitled “Good Trouble” that will take learners on a tour through historic civil rights moments and be based on the teachings of the late U.S. congressman and activist John Lewis. It will be “coming soon.”

Mojang will also be launching it first international design competition through the Education Edition. Learners can sign up and work in teams of up to three to design environments that animals and humans can share. Those that compete will receive a certificate, and some will win Minecraft themed prizes.

The Education Edition of the game has proven a hit, and the free Education Collection content has been downloaded by 63 million educators to date.

In addition to crossplay coming later in 2020, new free endgame content is being added to flesh out the title once the main campaign has been finished. The Howling Peaks DLC will introduce a new boss, the Temple Golem, who utilizes storms against the player. Facing off against this new foe will yield new missions to complete, new mobs to face off against, and new rewards to win.

The update will bring additional difficulties dubbed Apocalypse Plus, offering 20 new layers of challenge beyond the current hardest tier, Apocalypse VII, and increasing the power ceiling for players’ characters.

Mojang will be partnering with game apparel company Cloak on a Minecraft Dungeons T-shirt, hoodie, and hat, all of which were worn by members of the Dungeons team during the presentation. Minecraft: The Mountain, a sequel to the book Minecraft: The Island, is also coming from popular author Max Brooks, the writer behind the initial novel.

With all these updates, and incredible stats in terms of player base, it seems that the next decade of Minecraft may prove as fruitful for Mojang and Microsoft as the last.

Mon Oct 5 , 2020
An early 2020 holiday gift: While many events have been canceled this year due to the pandemic, this one will still be going strong — The Smith Point Light Show in Shirley. This is the 17th annual drive-through event at Smith Point County Park spearheaded by the Girl Scouts of […] 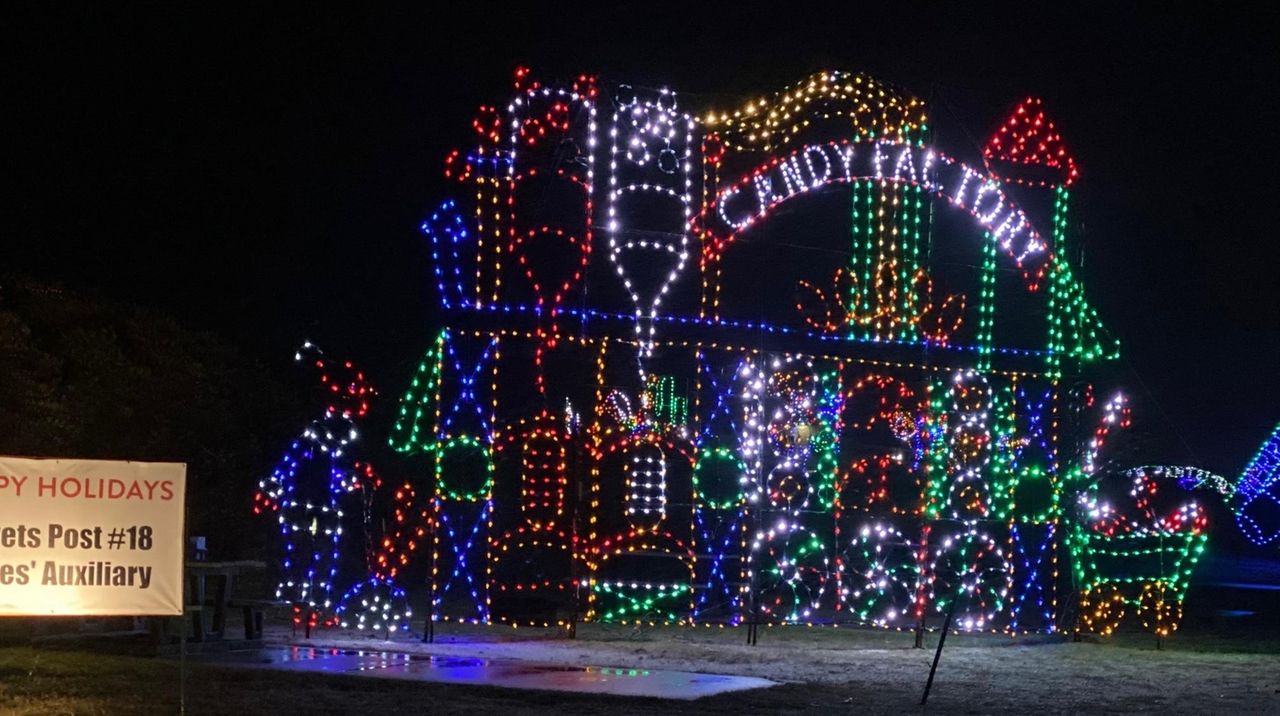