The first incident occurred late Sept. 29, when a tractor-trailer approached the U.S. 83 checkpoint and a service canine alerted agents’ attention to the rig. A search of the vehicle led to the discovery of 117 people hidden inside the trailer, all illegally present in the U.S. from the countries of Mexico and Guatemala.

The 117 illegal immigrants and the driver, a U.S. citizen, were taken into custody and turned over to special agents of Homeland Security Investigations. The tractor-trailer was seized by CBP.

The second event took place early Oct. 1 when a tractor hauling a belly dump trailer approached the Freer Station checkpoint on U.S. 59. While CBP agents conducted an immigration inspection on the driver, a service canine alerted agents’ attention to the vehicle. The driver was referred for a secondary inspection. Agents searched the trailer and discovered 29 people, all illegally present in the U.S. from the countries of Mexico, Honduras and Guatemala. None of the 29 had any personal protective equipment (PPE), and all were immediately medically evaluated.

The driver, a U.S. citizen, and the 29 immigrants were placed under arrest, and the case was turned over to special agents of Homeland Security Investigations. CBP seized the tractor and trailer.

Despite the COVID-19 pandemic and implementation of travel restrictions to prevent the spread of the disease, human smugglers continue to place migrants in harm’s way — and commercial tractor-trailers are the conveyance of choice for smuggling large numbers of people into the U.S., according to a statement from CBP. Migrants are often forced to travel inside crowded trailers, with no ventilation, no water and no food for hours — or even days.

The CBP’s Laredo and Rio Grande Valley sectors in Texas have traditionally been the hot spot for tractor-trailers loaded with migrants from Mexico and Central America, the CBP statement continues. In fiscal year 2020 through August, these two sectors have seen more than 226 tractor-trailer cases, with 3,740 individuals discovered concealed in dangerous and life-threating conditions, a 37% increase from the same time frame fiscal year 2019.

“Smugglers are unscrupulous criminals and will stop at nothing to enrich their pockets, even if it involves locking human beings in trailers intended for animals,” said Mark Morgan, acting CBP commissioner. “They treat illegal aliens as a commodity, inhumanely holding them captive in overcrowded stash houses with limited access to food and water.”

In a previously released video testimonial, a young Central American mother, whose identity is protected, describes her frightening experience: “You suffer a lot, and you encounter people that try to sexually abuse you. Sometimes you travel in tractor-trailer boxes unable to breathe. At the end of it all, nothing was like they say it would be.”

She is an anonymous voice of thousands of Central American migrants, including unaccompanied children, who in recent years have endured a myriad of atrocities, sexual abuse, extortion, assault, kidnapping and exploitation in the hands of coyotes or human smugglers, the CBP said.

Smugglers may demand from $6,000 to upwards of $12,000 per person to smuggle individuals into the U.S. via tractor-trailers. Beyond the financial losses that migrants will never recover, entrusting a smuggler comes with the potential cost of their lives. Never has that been truer than during the global pandemic.

Smugglers often pack their human cargo into dangerously hot, crowded trailers, typically with no means of escape. According to CBP, Border Patrol agents often find human remains or encounter lost migrants who are ill or injured, or were abandoned by smugglers.

Smuggling is a multibillion-dollar industry that only enriches criminal organizations, that, after extracting every dollar they can, are indifferent to migrants’ inevitable removal from the U.S., according to CBP.

“Migrants should never risk their lives or waste their life savings by paying their hard-earned money to smugglers who have no regard for human life by attempting the long and dangerous journey to the U.S.,” said Rodney Scott, Chief of the U.S. Border Patrol.

Warzone tips to help you get a victory in Armored Royale

Wed Oct 7 , 2020
At the end of last month, Call of Duty: Warzone Season 6 was released. Players have been able to to travel via the subway station and unlock new weapons in the battle pass.  The new season also brought on a new limited-time game mode involving armored trucks. Known as Armored […] 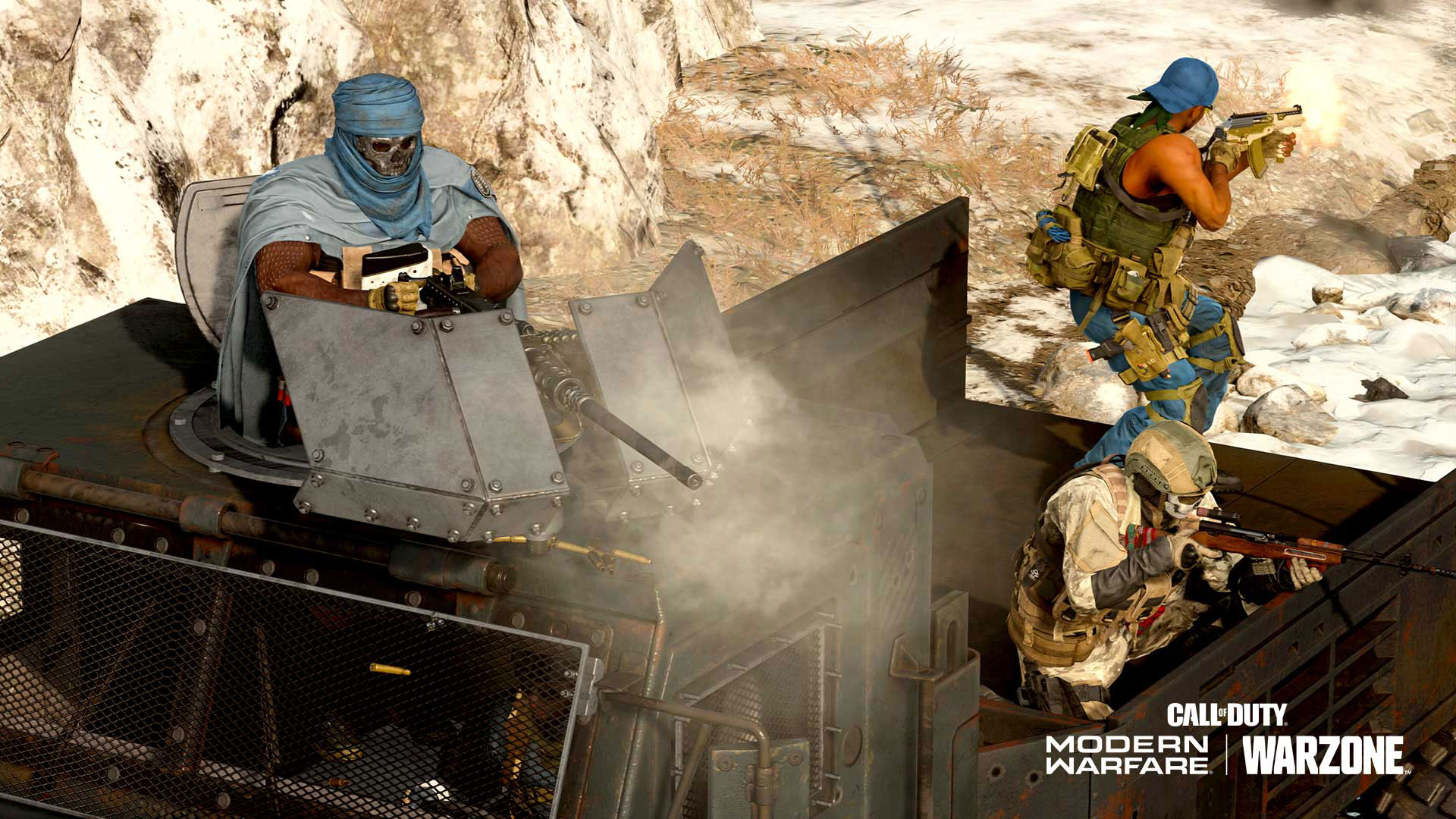