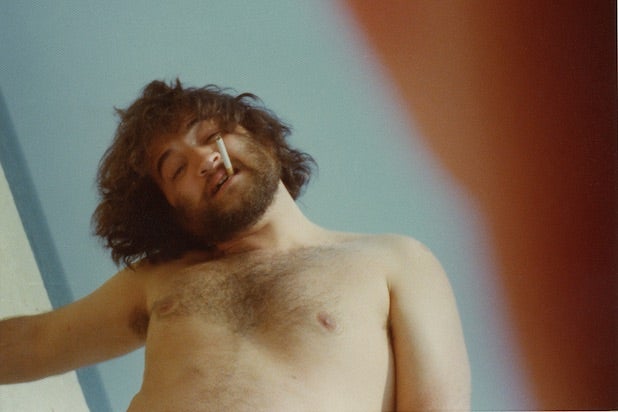 At the beginning of the documentary “Belushi,” author Tanner Colby is heard in a telephone conversation explaining to an interview subject that he’s talking to people about John Belushi because “No one’s ever done a real biography of John as a performer … I just want to give a full portrait of him as a human being.”

Those interviews from Colby, which were used for a 2005 book about the comedian and actor, are now at the heart of R.J. Cutler’s nonfiction film “Belushi,” which premiered at the Chicago International Film Festival on Wednesday and will also play at the AFI Fest before heading to Showtime on Nov. 22. And while you could say that the movie gets in the neighborhood of being a full portrait of the human being, it would be a stretch to call it a biography of John Belushi the performer – because at a certain point, the narrative is simply overwhelmed by Belushi’s drug addiction, and by the long decline that led inexorably to his death from an overdose of cocaine and heroin in a Los Angeles hotel room in 1982.

As much as “Belushi” would like to celebrate Belushi, it can’t escape the shadow of his sad end, not that it even tries to do that.

Belushi’s mercurial rise and sad decline have been told before, notably with Bob Woodward’s much-maligned 1984 book “Wired” and the terrible 1989 movie adaptation that almost killed actor Michael Chiklis’ career before it began. “Belushi” is far more even-handed than that, approaching its subject with affection for him personally and abundant appreciation for his fierce comedic talent, even if it can’t offer much in the way of revelation after all this time.

What “Belushi” does offer is a fair number of delicious clips, among them Belushi’s auditions for Second City and “Saturday Night Live,” and lots of audio interviews with his friends, colleagues and family members (including Dan Ackroyd, Jim Belushi, Lorne Michaels, Harold Ramis, Belushi’s wife, Judy Jacklin, and many more) conducted by Colby during the research for his book.

Those interviews are more than 15 years old; that doesn’t necessarily hurt the film, because they’re telling a story that goes back further than that and because the timing allows “Belushi” to include comments from now-deceased friends like Carrie Fisher and Penny Marshall. But the interviews are also preserved on low-fi recordings of telephone conversations, which isn’t a problem for an oral history like Colby’s book but can be a distraction in a film – as the backbone of the movie, those recordings place the voices at a distance from us, and make the stories they tell feel older and more second-hand.

Cutler, whose previous films include “The War Room,” “The September Issue” and “Listen to Me Marlon,” works hard to give us visuals around those recordings, from the clips of Belushi at work to stylized animated sequences by Robert Valley to occasional home movies. (There are no talking heads, except for Belushi himself on TV shows.) The least-familiar part of the film is the section devoted to his childhood when Belushi grew up feeling like an outsider and ashamed of his Albanian parents.

Clips from his performance in the National Lampoon’s off-Broadway production “Lemmings” and later on “Saturday Night Live” give some idea of Belushi’s anarchic energy, and a section on the early years of “SNL” explores areas both well-known (Belushi chafing at how Chevy Chase immediately became the breakout star) and mostly forgotten (the very small role Belushi was given in early shows). For a while – through “SNL” and into “Animal House” and the Blues Brothers’ musical success – “Belushi” can ride that energy; even if those who know the story won’t be too surprised by what they see, it can still be thrilling to watch Belushi in action.

(Can we just admit, though, that while the guy was a terrific performer and the Blues Brothers had a world-class band behind them, he was not a good blues singer? Sorry, but he just wasn’t.)

Even the funniest clips and the most heartwarming stories in a John Belushi movie, though, come with a sense of doom and foreboding. That’s because his appetite for self-destruction was at least as outsized as his talent, and because we go in knowing that his glory days of the late ’70s were going to end with his death in the early ’80s.

“Belushi” adds nuance to that story of a quick rise and a quick fall, exploring the sober year Belushi spent before relapsing and returning to the drug use that would kill him. But as his work was affected by his addictions, the film gets darker and more single-minded; by the time it gets to “The Blues Brothers” and especially “Neighbors,” the film is less about Belushi artistic choices than his drug binges. It wants to be exhaustive, but it ends up being exhausting, too.

Still, it ties things together with the help of Belushi’s own letters to his wife, and with some carefully chosen audio snippets. “I may be on a natural course of self-destruction that no one can control,” says one letter, which Bill Hader reads as the off-screen voice of Belushi. On the soundtrack, meanwhile, Belushi sings “Guilty,” a desolate Randy Newman song he no doubt heard in its version by Joe Cocker: “Got some whiskey from the barman / Got some cocaine from a friend / … It takes a whole lot of medicine / For me to pretend that I’m somebody else.”

It’s a sad ending to a sad film, one that tries to fully embrace the joys of what John Belushi achieved but finds those joys overshadowed by the darkness of where he ended up. If it starts out to be a biography of Belushi the performer, it ends up as the cautionary tale of Belushi the human being.

19 Comedians Who Died Too Soon, From John Belushi to Chris Farley (Photos)