The $8 million redo of downtown San Diego’s Children’s Park is moving forward with construction companies now being asked to submit bids for work.

Civic San Diego, the city’s previous planning agency, started the formal solicitation process for the Marina District park on Sept. 22, meaning work could commence around the start of the new year so long as bids don’t come in over budget. The makeover, which has been in the city’s project pipeline for four years, will see the existing urban forest thinned and open park space replaced by family-friendly amenities.

Built in 1995, Children’s Park is located along the south side of Island Avenue between Front and First streets. The park is currently lacking play equipment and is mostly passive in purpose, leaving it to be, “frequented mostly by downtown’s transient population,” according to a city report published last year.

Late last year, City Council approved a $8 million budget — $6.6 million in construction costs, and $1.4 million in staff time and permitting fees — for improvements meant to create a livelier atmosphere. Specifically, plans include playground equipment with a forest theme, a picnic and lawn area, an off-leash dog park, adult exercise equipment, a vendor kiosk and public restrooms with an attendant. A simulated wood walkway will also be added over the shallow pond, known as Civic Pond.

The city had previously hoped to push forward with a timeline that would see it wrap up construction in June. However, administrative hiccups have pushed the schedule back by around six months.

“If Civic San Diego receives a valid bid within the budget on Nov. 3, construction should start around the first of the year and be completed in nine to 12 months,” said Brad Richter, who heads the city’s Urban Division.

When completed, the new Children’s Park should be emblematic of the city’s refreshed view of parks — where features matter more than acreage, as outlined in the draft Parks Master Plan published earlier this year. The overall recreational value of an upgraded Children’s Park to the surrounding community is intended to be nearly three times as great as it is now.

Thu Oct 1 , 2020
A museum curator who sparked outrage after tweeting a guide about vandalising statues has been ‘forced out of her job’ after an independent review. American-born Madeline Odent posted messages to her 5,000 Twitter followers in the wake of the Black Lives Matter movement explaining how they could use household goods […] 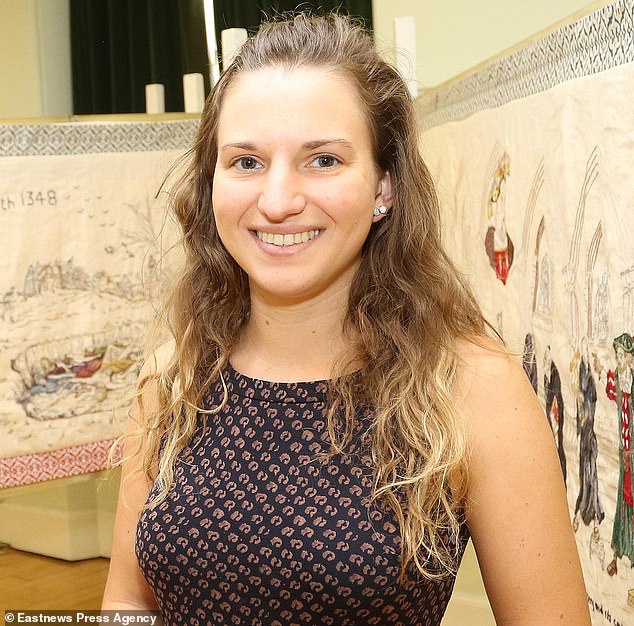